If you’ve ever entertained thoughts of opening a restaurant in a popular beach resort in Mexico, here’s the book for you.

The story is related to us by Jeff Farrell who, with his wife, Mia, purchases a property high above the rooftops of Zijhuatanejo, overlooking the famed Playa de la Ropa beach with the Pacific Ocean beyond. They fulfill an ambition and turn the place into a restaurant, Casa Blue. And it’s not your ordinary everyday restaurant. This is a cooking school where you can join other diners around the cooking island and help prepare your meal under the tutelage of Jeff and Mia.

Sounds interesting? I thought so, too. However, as the story goes it’s a concept that takes a long time finding general acceptance among diners. In fact, on Day One, they have precisely one customer. And the couple who have a table booked for the next day call to say they can’t make it, leaving the pair with an empty restaurant.

Actually it isn’t the quality of the establishment that’s in question here. Both Jeff and Mia know their stuff when they’re in the kitchen. Indeed, among the many joys of this entertaining novel are the frequent comments about food or descriptions of the various dishes that are served.

For example: “On the cutting surface, Mia quickly scythed through the lustrous inner flesh of the tuna loin. Like a card trick she fanned the translucent slices on a colorful talavera platter. She added green sprigs of mint for further color. Each guest received a tiny blue cup of dipping sauce I’d prepared earlier – fresh lime juice, a bit of sauvignon blanc and Chinese white wine vinegar with minced cilantro and a touch of salt.”

Anyway, it’s a tough sled before enough people get to know about Casa Blue and come to sample the fare. It’s a hard market to break into, as many of the local hotels have their own restaurants and aren’t in the business of directing guests to other places in town.

Another problem at the start of this story is that Jeff and Mia pay far too much money for the property. They fall in love with the place the first moment they see it and make the mistake of revealing themselves to the wily Peruvian owner who keeps on raising his price several times over – as much as $75,000 at one stage. But their attitude is: “How do we live with ourselves if we pass it up?” It’s so infuriating to read you almost want to reach into the pages and tell them not to be such suckers. However, they are much too naïve to play mind games and, in the end, they pay many thousands of dollars more than they should have.

There’s more, however, than just the ins and outs of running a restaurant in this novel. We meet family members and neighbors and a few others. Mia’s father in New York suffers a heart attack and is brought down to Mexico to recuperate with the couple. He finds a partner for himself – his nursemaid. Also, their children – Lauren, Rowan and Daphne – are all thrilled and make immediate plans to visit. They all have their varying personalities and ways of relating to one another.

On the serious business side, there’s a dispute over property rights with a prominent Mexican family who owns the land next to the restaurant. Casa Blue encroaches on their property by a few feet. The Mexicans are in the right and they want a huge sum of money as a settlement, an amount that is beyond the means of Jeff and Mia. It’s difficult to see any way out of that predicament or to know who they can trust to help them solve the difficulty. It looks as though they may have to close the place down and put an end to their dream.

On the family side of the story, Jeff’s daughter Lauren is in love with Steve, a young man from New York. Unfortunately, Steve’s mother hates Lauren and doesn’t hesitate to show it. In fact, she’s very unpleasant about it. Despite this, a marriage is arranged in Zijhuatanejo and Steve’s family arrives for the ceremony. It’s not a very pleasant or successful visit.

Actually, that’s as much as I should tell you about the plot. I won’t try to answer any of the obvious questions… like how do Lauren and Steve resolve their marriage problem? And how does the question of the law suit over property rights find a solution? Do Jeff and Mia get to keep the restaurant? You’re going to have to check out all of that for yourself. All I can say is that I found it a very pleasant and enjoyable read.

Among the bonuses that accompany the story are all the references to food. Like the recipe for brined pork loin and emerald sauce… or how does marigold chicken sound? Then there are the various hints and tips, like “Fresh tomatoes shouldn’t be refrigerated, ever.” Or “When you make guacamole, don’t put it in a food processor. Mash it by hand.” And, as one who does a moderate amount of cooking, I appreciated the tips about preparing garlic, like crushing the cloves with the flat of a knife rather than chopping them.

P.S. I should also add that, courtesy of the author, all proceeds from the sale of this book in Mexico will provide scholarships for young women who wish to attend one of the state-run technical institutions in Zihauatanejo. For more on this and on author David Kennedy check www.cookingschoolatz.com. It’s worth a look.

In my humble O: A completely satisfying and thoroughly appetizing read.

The Cooking School at Z
A novel of romance and food in Mexico
By Daniel Kennedy
Paperback. 2005

MexConnect is reader-supported. Purchases made via links on our site may, at no cost to you, earn us an affiliate commission. Learn more.
Published or Updated on: September 15, 2005 by Alan Cogan © 2008
Share This:
Tagged Alan Cogan book-reviews doing-business food-drink Guerrero perspectives 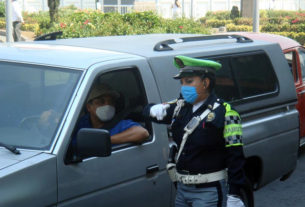