Here’s an interesting and entertaining collection of essays, mainly about Mexico, but also covering a surprisingly wide range of other topics that reflect Michael Hogan’s many and varied interests.

The Mexican entries include items like “The Crawling Things of Paradise”, a small tribute to all the crawling, flying, buzzing, poisonous, and non-poisonous insects to be found in the state of Jalisco. In the essay “Connections: Odysseus and the Gran Chingón” we find a quite learned investigation into the prevalence of machismo in Latin American society. On the more sober side there are copious references throughout – both critical and positive – to the Mexican natural environment, the economy and the Mexican character.

Other essays, however, cover a range of topics from a rather surprising tribute to Fidel Castro to a commentary on the poetry of Octavio Paz. In “Permission to Speak” Hogan describes how in childhood he had a terrible stammer and had to endure all the torments that accompanied growing up with such an affliction. Fortunately for him, in his early teens, an English teacher taught him to cure himself of the problem by persuading the youngster to take up singing.

Yet another of the non-Mexican essays is an amusing hymn in praise of everything green. (I should add that Hogan is of Irish descent – if that can be considered an explanatory note). I just never realized how many green things there are in the world or the vast range of meanings we humans have given to that particular hue.

Michael Hogan has been Head of the Humanities Department at the American School of Guadalajara since 1990. He’s the author of twelve books including The Irish Soldiers of Mexico which became a 1998 MGM film, One Man’s Hero, starring Tom Berenger. He has also won several prestigious literary awards and prizes in recent years in both the U.S. and Mexico. Most of all he’s also a quite unabashed admirer of things Mexican, which makes for a rather pleasant change as we seem to run into so many “put downs” of this country and its customs.

Thus, you come across passages like this comment on Mexican parenting in an essay about various rainy seasons in Guadalajara: “It never ceases to amaze me how much tolerance Mexican parents have for this kind of thing (i.e. noisy kids cooped up in the house). A North American parent would long ago have screamed at these kids to SHUT UP! or would have resorted to physical violence by this point. But I can imagine the Mexican father looking over at his wife, catching her eye and smiling. Maybe he even says: ‘These little rascals. What will they think of next?’ These parents must be doing something right though. The students I teach in Mexico are the best adjusted kids I’ve taught anywhere: self-confident but courteous, cooperative but independent. At the American School in Guadalajara a major disciplinary problem is someone smoking in the boys’ restroom. No drugs, no violence, no disrespect to teachers. Mexican youth are the nation’s best advertisement.”

Or, in “Letter to a Troubled Student” on the Mexican approach to national defence: “What a horror if Mexico, just now beginning to leave the Third World behind (in part because of its 75 years of peace), just beginning to have a prosperous middle class, just beginning to make real inroads into feeding its poor, what a tragedy if this country which now spends less than 10% of its GNP on defense would be forced to take money which could be spent on making this a prosperous nation and divert it instead to put down insurrection in its southernmost state, defend against indigenous incursions along the Guatamalan border, buy planes and weapons, and support a large standing army. That is scary. To think that the 190 years since its independence, spent in evolving a national state which finally is about to bear fruit could be shattered and regressed…is scary.”

In an introduction to this volume, Danny Root, the former U.S. Consul General in Guadalajara writes of Mexico as Hogan’s “adopted country”. Whether that simply means the place he has chosen to live, as applies to many of us here, or whether he has formally become a Mexican isn’t clear. In any event, he belongs here and, as Danny Root points out: “Hogan’s book clearly portrays why so many North Americans choose to call Mexico home.”

I personally enjoyed the Mexican essays the most, such as “The Street People of Jalisco”. Here, Hogan takes a look at a varied collection of characters such as chewing gum sellers who wait at traffic lights and sell chiclets; clowns who perform acrobatics, juggle and usually dress rather strangely; windshield washers who don’t wait to be asked to go to work on your car; singers who climb aboard buses and perform through a few stops; fire eaters whose life-span averages around two years; and traffic police who keep an eye on everything but, for a few pesos, can be persuaded to turn a blind eye when you commit an offence.

Another quite substantial piece concerns a visit to a “rock” concert in Tlaquepaque featuring Los Tigres del Norte. Hogan and his wife, Lucinda, who were evidently the only gringos in attendance, obviously enjoyed themselves.

In my humble O: Good one! Mexican Mornings will go on my permanent shelf.

Mexican Mornings – Essays South of the Border
By Michael Hogan

MexConnect is reader-supported. Purchases made via links on our site may, at no cost to you, earn us an affiliate commission. Learn more.
Published or Updated on: July 15, 2003 by Alan Cogan © 2008
Share This:
Tagged Alan Cogan book-reviews culture-customs Guadalajara Jalisco lifestyles perspectives 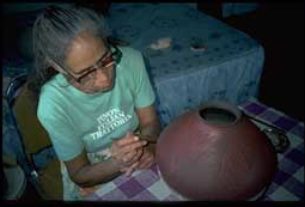 Stuck in the middle: Cultural differences in Mexico’s business world