A desert whose immensity borders mountains that look like craters, where an abundance of aereolites are scattered around it, just like the memory of a test missile that fell in its arid territory, make the mysterious Zone of Silence in the north of Mexico a sidereal scene.

The magnificent vista of the celestial vault from there contributes to this impression; it permits one to appreciate the constant showers of stars and of some artificial satellites in movement, accompanied by the blanket of silence that effectively covers this faraway place where, it is said, the radios’ electromagnetic waves cannot penetrate.

The so-called Vortex of Trino, the confluence of the states of Coahuila, Durango and Chihuahua, delimited by the peculiar Sierra del Diablo and guarded by the solitary mountain called Pastelone or San Ignacio, the Zone of Silence produces that encounter with nature’s quiet stillness through the sensation of emptiness and distance that characterizes the place.

However, a powerful magnetic energy that attracts celestial bodies toward the site is, in reality, what populates this singular Mexican desert and what give it a dense ambience that weighs upon the visitor, taking him to another, different dimension. In this way, the Zone of Silence offers not only an unusual landscape but also a sensory experience.

Fortunately, it has been designated the “Mapimí Biosphere Reserve,” and the Durango government’s Instituto de Estudios del Desierto watches over its prodigious flora, which includes the endogenous purple prickly pear, and its surprising fauna – turtles and reptiles that are unique in the world – and keeps them far from the world’s contamination.

For this reason, it is difficult to penetrate the Zone of Silence by way of dust and interminable unpaved roads. The campesinos who live in places such as the Ejido Las Lilas in Coahuila give the impression of being the farthest removed from modern civilization, living in a confined, solitary and remote world.

Sixty-four kilometers from the highway that connects Torreón with Químicas del Rey, in Coahuila, and a few more by the railroad that connects with Estación Carrillo, Chihuahua, or along the road toward Ceballos, Durango, the desert occupies a desolate and silent expanse of at least 160 thousand hectares.

During the early 1970s, a NASA test missile named Athena fell in the region due to a mechanical failure.

Over several weeks, they searched for the rocket near Medanos in the Durango portion of the Zone of Silence, characterized by rock formations similar to stalagmites, like the fingers of a giant hand.

Despite efforts of the U.S. technicians, the radar equipment they used did not yield any data, nor did tracking by plane.

When the rocket was finally located, a railroad track was laid from Estación Carrillo. But the magazine <i>México Desconocido</i> reported that – under heavy security – the specialists not only took the rocket but also several tons of desert sand, on the pretext that it was contaminated.

This originated rumors that the zone possessed unknown magnetic qualities. They increased when resident Harry de la Peña discovered a point where radio waves couldn’t be received. His declarations gave rise to an investigation carried out by the universities of Torreón, who proposed the theory that a magnetic cone covered this region and blocked different kinds of signals.

However the author of this article was able to tune into the radio on the Cerro Pastelone mountainside, and affirms that those who have studied the region have been unable to locate the so-called “silent zone.”

It is possible that the magnetism mentioned above influences the frequency of the numerous shooting stars that “fall” toward the desert and come so close they look like balls of fire.

This is a natural phenomenon that, along with the movement of the stars, coincides with the appearance of a space probe that goes by every 90 minutes and is clearly visible from the place, so that an observer might confuse it with a UFO.

With craters, stars, rockets and mystery, the fleeing of a space adventure is intensified upon visiting one of the zones where a meteorite fell, located in Ejido Las Lilas, where it is clearly visible in a circular area covered with pulverized metallic rocks.

A sign that says only “Meteorite” indicates the precise place. Inside the rocky area are metallic stones made smooth by ignition, or porous like a metal foam that boiled furiously before crashing into the earth.

Be sure to gather some aerolites whose texture is very different from that’s of common rocks. It is said that they represent good luck that comes from space.

Inhabitants of the Silence

Calloused hands and weather beaten skin, toughened by the hot sunshine, characterize Miguel García who is in charge of Ejido Las Lilas, a remote hamlet where 18 families live.

“No, nothing came through here,” he says, denying possible spacecraft or meteor sightings as he points out that life in the desert zone is tranquil, though not easy. Upon shaking his hand, one perceives the rudeness of his work and the arid climate that has cracked his skin.

In regions like this one, shared risk trusteeships are established impulse the region’s economy and stimulate animal husbandry with government capital. In particular, 224,051,000 pesos were invested in Las Lilas in 1997 to habilitate 8,865 hectares with 350 “animal units,” that is, cows with calves, or horses.

Following <i>don</i> Miguel’s instructions, we found a fossil bank, yet another item of interest in the Zone of Silence.

Because it formed part of the Sea of Thetis during the Cenozoic Era, the great Chihuahua desert is filled with fossilized snail and seashells that sporadically surface in the burning sand. A sign asks visitors not to take the fossils, but it would be difficult to watch over the area and make sure that rule is followed.

Only the strange purple prickly pear cactus, the “old men” cactus so-named for their spines that look like white hair, the crawling nopals that animals feed on, and heath are present.

The region’s wildlife includes scarce native turtles that are being preserved in the Instituto de Estudios del Desierto to prevent their extinction, as well as swift hares, wild doves that sing at daybreak, a handful of coyotes, and other reptiles that, fortunately, remain hidden during the heat of the day.

To leave the Zone of Silence, one must battle with dangerous sand banks that can trap vehicles. The heat is suffocating. Little by little, the Cerro Pastelone grows smaller in the distance without losing its lunar aspects, similar to those in the distant Sierra del Diablo.

The surprising atmosphere of a magnetic desert that attracts meteors and where silence reigns throughout kilometers of white sands, remains behind us at last. Returning from the Zone of Silence is like returning to reality from another world. 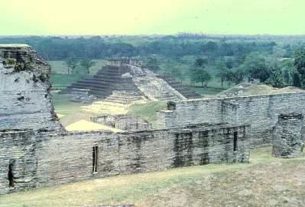