Ever considered the base on which your house is sitting. Yes, there is a foundation between you and the surrounding soils. In general there are stone foundations bound with mortar mixture to help keep the rocks from slipping past each other.

However, consider a little deeper the issue at hand, on what soil is the foundation sitting. By Jalisco State Code, all residential homes require a soil study to determine the condition of the soils where the house is to be built. The soil study looks at the composition of the various materials that make up the soil including non-organic materials (i.e. rock, stone, clay, silt, sand and gravel) and organic materials such as top soils, humus and marsh like materials. The study will determine the conditions of the surface and sub soil layers to determine the capacity of the soils to bear the load of the new construction and usually the recommended type depth, and width of the foundations required.

If organics soil conditions are not an issue and the sub soils are well drained and consolidated, we would dig down to a level where the existing sub soil layer has already been supporting the same pressure that will be exerted by the weight of the new house. With this in mind, we are essentially removing an amount of soil that is equivalent to the weight of the new building (and foundations) to be built on the exposed layer of soil at the foot or base of the foundation. Therefore the new exposed soil layer will be experiencing the same load that it previously was experiencing with only soil.

As my professor in university once said, “Water is the worst enemy of any civil engineer” and this is very true when considering foundations. Water or the lack there of, can cause consolidation of soils. Consolidation is the process of compacting the soil particles together hence eliminating the spaces in-between the particles where typically there is air or water hence causing the soils to take up less space and become stronger. One could envision the soil like a sponge and the consolidation process happens when you squeeze the sponge and eliminate the air and water out of the sponge.

Consolidation of soils in turn, can cause settlement of the foundations, and anything built on top of them. Settlement can be a problem if it is uneven over the area of the foundations and cause movement in the floors and walls above. This movement then causes a variety of stresses on the walls and floors, which are relieved by cracking in the walls (or floors). Typically this cracking will follow the geometric lines of the forces on the floor or wall and the angle of restitution of the material used. Masonry walls will generally crack in approximately 45 degrees angles near the junction or corner where two walls meet.

In areas here at Lake Chapala, there are well-compacted soil strata that as been consolidated over the millennia when it was formally at the bottom of the lake. The soils are composed of rocks and granular materials that have been moved into the area by that same lake or have come off the mountainsides over the millennia as the rain and natural erosion has worn the mountain down.

Of course, not all areas are the same and may be composed of more clay materials or sand depending on the fluvial discharges into the lake over the millennia or more recently in geological terms were areas of high organic content caused by a former marshes or period of plant growth. These organics compress differently than purely non-organic granular soils and even can have elastic properties where the soil layer has some resilience and can “rebound” after being loaded. Drainage of these types of soils is critical to keep water away from the soil layer with organics to keep the soil from rebounding and in turn lifting the foundation. 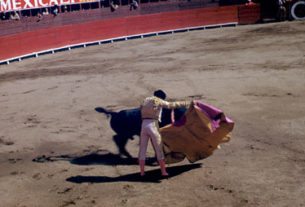 Wildfires and old men: the legacy of US immigrants in Talpa