Immersed in the history of art and literature, weaved into the superstitions of the collective consciousness, and illumined by the silver screens of cinema, the Wild Man paradoxically basks in the light of celebrity while haunting a preserve of shadows.

The “wild man” (and woman) has appeared in numerous forms throughout the centuries of art, literature and movies: Blake’s Orc, Calderon de la Barca’s Segismundo, Defoe’s Robinson Crusoe, the Yahoos of Swift’s Gulliver’s Travels, Mary Shelley’s Frankenstein, Goya’s horrific “wild man” paintings (circa 1800), Edgar Rice Burroughs’ (and Johnny Weismuller’s) Tarzan. The wild man has manifested itself in frightening legends and in the countenances of feral outcasts and sideshow freaks: satyrs, werewolves, geeks, pinheads, Kasper Hauser, Bigfoot, the Yeti, the Wild Men of Borneo, Lionel the Lion-Man, the Hottentot Venus, Krao the Missing Link, and so forth.

In his new book The Artificial Savage: Modern Myths of the Wild Man, Mexican author Roger Bartra skillfully parlays this extensive cast of wild characters into a fascinating history of the myth and its constant recurrence in Western societies. Bartra’s 300-plus-page tome comes beautifully illustrated with reproduced works of art by Piero di Cosimo, Durer, Goya, Blake and Paul Delvaux; unusual and rare depictions of wild men and freaks compiled by the author; and engravings for original editions of such books as Robinson Crusoe: The Life and Strange Surprizing (sic) Adventures of Robinson Crusoe, and Travels into Several Remote Nations of the World, by Lemuel Gulliver.

The English-language edition (translated by Christopher Follett) is currently on sale in Mexico in such book outlets as Tower; while the Spanish-language edition ( El Salvaje Artificial, Ediciones Era) is also widely available, the author being an esteemed scholar here – Bartra works as a Senior Research Fellow of the Instituto de Investigaciones Sociales of the Universidad Nacional Autonoma de Mexico (UNAM).

Utilising such esoteric works as David J. Skal’s The Monster Show: A Cultural History of Horror; Gore Vidal’s The Walking Dream: Tarzan Revisited; Robert M. Zing’s Feral Man and Extreme Cases of Isolation; Daniel P. Mannix’s Freaks: We Who Are Not as Others; and Martin Monestier’s Human Oddities, to name but a few, Bartra compiles evidence for his argument that the connecting thread of the wild man myth belongs to an “evolutionist perspective.”

That is, a European evolutionist perspective. As transformations occur in the myth, according to Bartra, light is shed on “moments of transition in Western culture.” To this the author adds insights from the writings of such original thinkers as Hobbes, Swift, Defoe, Thoreau, Nietzsche, Diderot, Dryden, Rousseau, Conrad and others.

On the art front, Bartra argues the influence of the wild man, primitivist theory, and the symbolism of infantile drawing in the creations of Gaugin, Picasso, Miro and Klee – and movements such as the Fauvistes and Art Brut. From here Bartra further extends connections to Edvard Munch and Francis Bacon.

As may be obvious regarding a book of this scope, the overall text becomes less an argument of a theory than a straight-out cataloging of examples that, for the author, indicate the theory to be self-evident. In turn, such an exhaustive history makes for wonderful reading – if the theory itself seems slightly tacked on as a result. Following whole chapters dedicated to specific literary works ( Leviathan, Life is a Dream, Gulliver’s Travels, Robinson Crusoe) – Bartra wraps up the tome with a series of observations that have already been well-canvassed to the reader.

The author explains that the more-or-less “human” qualities of the wild man have shifted – depending on the myth’s moment in history – from the base to noble savage, from Lope de Vega’s indulgent wild ladies to Goya’s evil cannibals, from orgy-indulging satyrs to the gentler aspect of Walden and even the peculiar respect with which Bigfoot is viewed, today, as an innocent, vegetarian creature of nature on the run from modern man.

A case in point concerning the contemporary application of a “kinder, gentler” wild man may be witnessed in Bartra’s reference to the great 1970s hoax concerning the Tasaday tribe of Mindanao, in The Philippines. Some may recall the breathless excitement generated by the esteemed journal National Geographic when its 1971 cover story of the “Stone Age” Tasaday hit the presses – and the subsequent red faces of all concerned when the “tribe” turned out to be some local villagers gallavanting in loin cloths.

Bartra writes that reports of this episode were bought hook, line and sinker because “the cultural structures of the Western imagination still require the presence of wild men.” Yet by shifting the modern emphasis to the Far East (and here we may, as Bartra does, include the modern “abomidable snowman” – the Yeti of the Himalayas – and the Yeren of the forests of Shennonjia, China); not to mention (as Bartra doesn’t) the prevalence of similar legends in Africa and Aboriginal Dreamtime Australia – it becomes apparent that the profusion of the myth is not confined to the imagination of the West.

While The Artificial Savage concerns itself with European traditions of the wild man: through periods such as the Reformation, the Renaissance, the taming of America and the Romantic Age to the present era, the broader picture of numerous societies’ devotion to such myths has not been broached – even in passing. Thus Bartra, arguing his case however brilliantly, has proved selective in his thesis.

The similarity in creation theories among geographically disparate religions has been evidenced from the Bible to the Popol Vuh to obscure African and Eastern tribes. There is an equal counterpoint in the existence of wild men myths scattered across the globe.

The anthropology of myth – the wild man, the Evil Eye, ghosts, animist spirits – colludes with the psychological songlines marking beat in the consciousness of mankind. It harks back to the earliest days of creation, when cavemen cowered in fear at the approaching night, and the horrors contained therein. 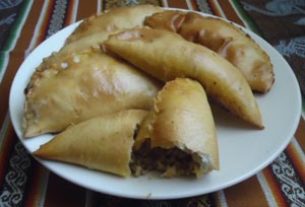