To many outside Mexico, the country often seems “exotic.” Described as “surreal,” endless description about the inner soul of Mexico (the ” Mexico Profundo,” or the “Deep Mexico”), complex, traditional, contradictory, passive-aggressive are just but a few words often heard when referring to Mexico. No doubt, the pre-Columbian heritage has added to this aura of mystery, and even Mexico’s “official” pitch about the mystique of the country has helped to build this picture. In short, it is what I call “Mexotic Products.”

In the world of business, selling tradition is basically selling nostalgia. Nostalgia for the past, or at least, for what we believe was the past. Indeed, this is seen in many parts of the world. In the U.S., for example, bored upper-middle class pay lots of money to experience the “rugged” past as for example spending vacations living with the presumed anti-modern Amish people or adventure tourism in so-called wild environments, to name a couple of examples.

Mexico is a perfect destination for such past-oriented romantic notions. Become different, eat food dispensed in the streets of Mexico, experience the mysteries of the Day of the Dead, enjoy many “Mexican Fiestas” and – most of all – become free of the tyranny of discipline, which is the hallmark of the more developed countries in the world.

The fine line (or no line at all) between myth and reality is certainly an attractive business proposition as well, attractive not only because it does sell, but because to some people who would like to set up shop in Mexico, it feels like running Ricky’s Americain Café in Casablanca. Imagine, come to Mexico, and in no time become the modern Humphrey Bogart, rebellious on the one hand, but prosperous and respected by friends and foes.

But beware. If indeed Mexico is hard to figure out for anybody, doing business is equally complex, unspoken, and full of surprises. Coming to Mexico with the idea that you can apply normal business principles and still have the mysteries of the culture is simply living in a cloud. You need to prepare yourself to run a business that in many senses will become as mythical as the culture you believe Mexico is. You can’t have the “exotic” cake and eat it too!

Which means that some of the traditional business principles you have long lived by need to be reconsidered.

For starters, do not spend too much time looking up official information (or for that matter on the Internet, except my column) about Mexico. Of course, you will find information, but it will generally not be precise enough that you can rely on it, without checking many other sources. Lack of information (or reliable information) has forced business people to rely on what some call “educated guess,” but which I prefer to call intuition. This can be a challenge, if you come from a tradition that is highly dependent on rational thinking to make business decisions.

A second important step is not to get too frustrated when others do not seem to behave according to your rationality. You may find it that it is irrational if others take longer to do the same chores, or simply do not share your pragmatic view. But if they weren’t less “logical,” where would the charm of the culture be?

Last, allow the wisdom created in the culture to flourish in your business, even if you cannot comprehend it. In my experience, non-Mexicans demand an explanation of how Mexicans make decisions. They want to know “the method.” Mexicans, often not used to describe this rather complex mental exercise, fail to explain anything. But they can solve problems, they know what to do. Like a fish in the water, they know how to swim, not explain how it is done.

Will you make a lot of money if you follow these tips? Who knows? But at least you will have had the “Mexotic” experiences you were looking for. 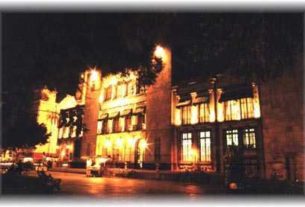