Some of the stuff you hear about Mexico and Mexicans just isn’t true. Lazy? No way. Manana? No delay when it comes to lunch.

Some of the tall tales about government bureaucracy and red tape are probably exaggerated but some are tragically true.

I and others got a chuckle out of the recent government campaign to identify “the most useless procedure” in delivering public goods and services.

Ordinary people jumped all over the opportunity to fuss about paperwork in triplicate which bogs down registrations, health care, education, social security, property transfers, tax administration, almost everything, even banking and discount cards — at state and local levels.

A common complaint is that the left hand doesn’t know what the right hand is doing, that you will be told today that you need this form or that photo even though yesterday someone else told you that you wouldn’t.

Critics said what I already knew, that fixing errors in documents is a nightmare and sometimes an impossibility. Getting proof-of-residence can be a hassle and of course you have to have it to complete other government processes.

Because there were pesos at the end of this rainbow, thousands of citizens submitted critiques of government stumbling blocks. Cecilia Deyanira Velazquez, 34, won first prize.

She complained about the unreasonable difficulty in getting her son’s medication through the Social Security Institute. It is the struggling, underfunded apparatus that may pay pensions on time and supposedly runs public hospitals and clinics nationwide.

Velazquez said that for four days each month she must stand in line after line to get papers stamped by four different clerks – who may be at their desks or may be talking on cell phones or may be taking long bathroom breaks.

“They say it has to be done this way, that there is no other option.”

That sounds bad. This sounds worse.

Aldo Christopher Granada Rivera, 30, a chemical engineer in Mexico City, was arrested, charged with kidnapping and murder, presented to the media as a big catch and deposited in prison.

“I didn’t know who I had supposedly killed,” he said.

In fact, police had been looking for Aldo Christopher Granada Gonzalez. They decided the first Aldo they found was close enough to a match.

The father of the absolutely shocked engineer explained to a judge that it was a simple case of mistaken identity, that his son had done no wrong.

It took eight months but the father backed up the claim by helping locate the second Aldo. The judge put him in the same prison.

You may not believe this part: It took five more months to get the innocent Aldo out of jail. The judge said the investigation had to run its course.

The red tape gets stickier: How does the good Aldo recover his reputation? He may not. Just to reclaim his job, he needs a government document confirming that he has no criminal record. It is trapped somewhere in the system, under stacks of stuff or maybe in the bottom drawer.

Some red-tape adventures are not the absolute fault of system malfunctions.

A long-time Lake Chapala acquaintance, Jose, decided at age 48 that he would like a driver’s license. He asked his neighbor what was involved. Eye test, written test, street test. Nothing to it. Well, you may have to wait in line.

Mexicans expect that. For the most part, they wait patiently, even though they know something will almost certainly go wrong.

When Jose was telling the story, there was the beginning of a smile on his face. Or maybe he was about to cry. He said he has lost count of how many times he has made sincere attempts to complete the process. Six or seven or eight.

The written test presented what seemed like logical questions, each with three or four possible answers. The idea of multiple choice is to select the best one.

What is the meaning of the double yellow line?

What should you do if intersection signals are not working?

What is the correct highway procedure for changing a flat tire?

Before driving a car, what should you inspect? Gas gauge was not the preferred answer.

He says there are so many driving rules, no one could learn them all. He also admits he has had a few minor problems with steering wheels and brakes. Mostly a matter of inexperience. He thought he should have a driver’s license before he became a driver.

Jose has many skills. He assists a veterinarian in the care of animals. He is an artist. He is a musician, very good on the guitar. He is not so good at obtaining a driver’s license.

Once, when he was trying to impress the driving examiner with conversation, Jose didn’t check his mirrors. He came to a rolling slow but didn’t exactly stop at an intersection. He failed to turn on emergency flashers when backing up. He failed the test.

The next time, he was less than completely successful at parallel parking. He had been studying elderly gringos and thought he understood the technique, just get part of the car out of the middle of the street.

Jose went for it again but the computer was down and officials could not find his application. He went another day but was told he had arrived too near closing time (2 p.m.)

Jose discovered that a good Mexican, even in Mexico, has to provide many layers of documentation. On one trip to the motor vehicle license department, his copy-machine copies were missing one character at the right edge of each page. Maybe next time.

On another occasion, he submitted an electric bill as proof of residence but it was nine weeks old. Sorry about that. Rules require the most recent statement.

Jose has begun to explore other options. He has found an independent contractor who will manufacture a license if all paperwork has been approved by government authorities. This person says he assists the license office and only charges what the office charges, 495 pesos.

The concept shortens the waiting line and greatly reduces the number of scratched and dented fenders.

There is no additional fee but the helpful person does expect a small token of appreciation for eliminating the trip downtown. One hundred pesos might be enough but Jose thinks he heard the hint of 200.

There is another possibility, a secret agent who, for 1000 pesos, will create a driver’s license out of whole cloth. No documents. No tests. No problems.

He appears at the Wednesday street market, records name and address, takes money and delivers the license the next Wednesday. Well, so far.

Jose, a responsible, law-abiding citizen, says government bureaucracy could possibly drive even an honest man in the general direction of crime.

Incidentally, he fully intends to master the art of driving and even proper parking. All in due time, maybe manana, after he is properly licensed. 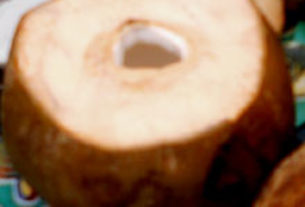 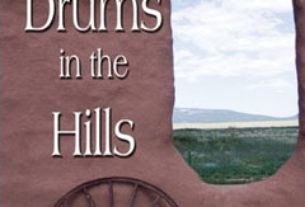