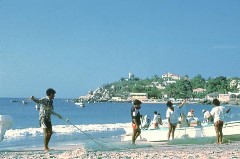 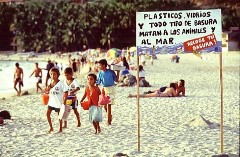 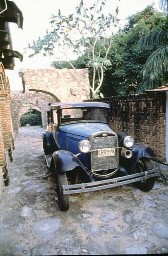 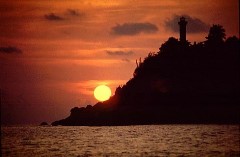 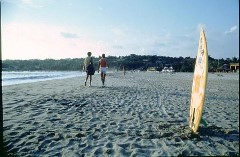 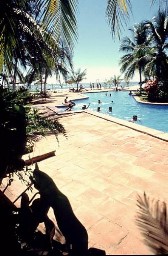 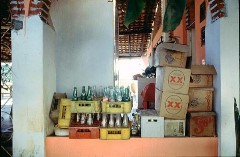 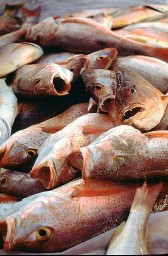 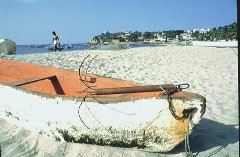 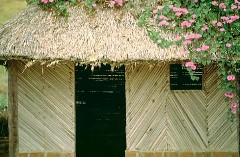 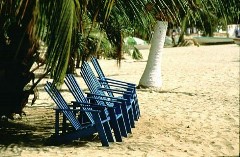 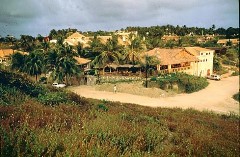 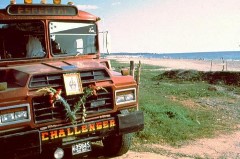 It was an evening to remember. The final chorus of Schiller’s “Ode to Joy” bombarded the barren shore, the vocal crescendos punctuated by nature’s own rhythm section: the waves crashing on Zicatela beach.

Off in the distance, scattered among the sand dunes of this world famous Mexican surfing “pipeline,” huge bonfires spewed Stygian sparks high into the star-studded sky.

The faces of revelers reflected the fiery orange light. Singular groups of people huddled on the sand, their celebratory voices mixing with the recorded classical chorus, adding to it Mexican folksongs, Canadian drinking songs, and Italian arias into the convoluted musical din.

And then, se armo la gorda, all hell broke loose; the velvet dome was shattered with huge, multi-colored explosions- pirotecnia, the fireworks! The sparkling, glowing remnants were flung into the blackness like spider-webs, the strands twinkling as they fell to earth. Their winking mimicked the anchor lights of the fishing boats gently rocking on the bay.

Puerto Escondido really knows how to show in the New Year.

Enormous sparklers, as long as a child’s arm, were rammed into the yellow sand. They crackled and spurted sparks as they stood, sentry-like, between the water’s edge and the beachfront road.

Skyrockets lashed to a rickety wooden wheel hung from a roadside bush spun in an incandescent circle. Suddenly, the flaming hoop broke free and cartwheeled across the road onto the sand.

Mangy dogs, fleeing for their very lives, added howls of panic to the racket.

Across the bay, along Avenida Perez Gasga, in the cantinas, hotels and restaurants lining the red-tiled pedestrian street, a decidedly mixed bag of celebrants helped usher in another year of quiet but continued success for this tiny, unbeknownst, authentic Oaxacan fishing village.

But all good things must come to any end, and when the champagne ran out and the bands finished playing, everyone found themselves to bed until another dawn.

And another plaintive dawn bugle reveille, executed off-key but with authoritarian certainty, all but muffled by the pounding marching drums from the cliff-side army barracks overlooking the beach.

For the fishermen and their women though, last night’s festivities and the town’s lethargic re-awakening had little to do with them. They have been working, fishing the Pacific for its bounty.

Before the final drum stick roll is struck, the final bugle note blown, they have drawn their boats up onto Playa Principal and begun to unload the evening’s catch for cleaning and sale. The first of the day’s visitors make their way from breakfast to the beach to witness the market as the rising morning sun begins to heat the sand.

At times it becomes a bloody spectacle on the sand while the women gut the glistening flacks of the marlins. Mounds of red snapper and yellow fin, scattered on plastic sheets next to the beached boats, await inspection and purchase. Tonight the fish will re-appear on the plates of diners at countless small cafes and crowded restaurants.

Puerto Escondido is no longer hidden from the traveler, and even tourists have been showing up, drawn by the relaxed pace and small town atmosphere. Founded during the great depression as a coffee export port, even today the resident population is only pushing 40,000 souls.

But there is no master development plan, the contrary genesis of resorts like Cancun and Ixtapa; there is no narrow vision of growth up from the muck of mangrove swamps to the splendor of high-rise palaces.

Puerto Escondido’s growth will not be the end of a good thing. It is a real place with real people with real hopes and real dreams.

The number of available hotel rooms, though increasing, would hardly accommodate as many passengers as fill an average cruise ship. And, thankfully, cruise ships bypass this Pacific port, primarily because there is no dock to come ashore.

Most of the newer hotel construction has occurred north of the city, near the airport. A city ordinance prohibits buildings of more than three stories, effectively limiting construction of major facilities. Within town and along the beaches that stretch southward to the horizon much is as it has been for years.

Except for the new sushi bar.

There is a key to the charm of Puerto Escondido that keeps its regular visitors returning, all the time vowing not to tell their friends about it – simply put, the place is not easy to get to.

The drive from Acapulco down the coastal highway takes seven hours. The rutted road from Oaxaca city traverses many mountain ranges in its descent to the coast, and can hardly be considered an “improved” highway as the map legends would indicate.

Air service exists between Mexico City, Oaxaca and Acapulco, but varies with regularity, making connections a matter of timing.

For those who have seen the changes here over the last twenty years, however, they are profound. In 1981 Paul Cleaver opened a small 10-room inn behind the huge rock formation that serves as a boundary to mark the town’s beaches from the surfing beaches. The inn was named the Hotel Santa Fe in honor of that New Mexican town.

It was the beginning of a success story that seems to have no end.

The inn, hidden amidst an oasis of coconut palms, was expanded in the following years, adding a small blue-tiled pool, boutique, vegetarian restaurant and more rooms. Historically, except for the summer months when Mexico’s brush with the hurricane season occurs, the hotel is almost fully booked, mostly by the same people year-after-year for weeks or months at a time.

To provide for newcomers to this hidden port, an expansion project for the hotel added more rooms, another swimming pool, and an additional restaurant and bar. Paul trained most of the staff himself from the hotel’s opening day, and he proudly called them “family.”

But the increased success, and with it the workload, had a cost. The future caught up with him, and he remembered how it all began, and so he decided to leave the hotel to build a small inn of his own located on the bluff behind the Hotel Santa Fe.

Much of the experience of Puerto Escondido is the sensation of “family,” but not in the sense that it is a family vacation resort, although to many Mexicans it most certainly is.

But family in the sense that it is still under the control and management of the locals. Other beach towns have a detached, corporate, designer-perfect feeling about them, an impersonal attitude that can stifle even the legendary charm of the Mexicans.

Here the smiles are genuine, the interest sincere.

Many notable people visit today, although Paul clarifies that they, “are not famous. Famous people go to places to be seen.”

Among the notables he counts as a personal friend is Diana Kennedy, without question the leading North American expert on the cuisine’s of Mexico, Rick Bayless not withstanding. A frequent visitor to Puerto Escondido, her influence helped drive the menu offered at the Hotel Santa Fe to be decidedly natural and concentrate on vegetarian.

Good food in town abounds around every corner, with choices ranging from ocean-breeze cooled palapas on the beach to linen and silver at a rooftop bistro atop a hillside hotel.

At a small family owned restaurant named Meson de la Costa, in the market area of town above the coastal highway, Rosa and Carlos prepare meals. They work in a visible kitchen, cooled by a large rotating fan that is immobilized, by choice or failure, leaving only the cooks to bask in its breeze.

But the meals that they prepare are like the ones that one would find on the dining room table at home. Diana Kennedy sampled some and declared that, “the cooking came from the heart.”

The heart of Puerto Escondido still beats to the slow rhythm of nature, the tides and the seasons. Would more people knowing about it ruin it?

No more, perhaps, than having an academy-award winning director come and film a motion picture there and then entitle it: Puerto Escondido. In the past, movies have had a profound influence on Mexican fishing villages. Puerto Vallarta has never been the same since Night of the Iguana splashed that small village across the screen.

Setting aside the local residents of Puerto Escondido who smell commercial advantage as a result, the regular visitors who escape to this village understand the pride, but fear the outcome.

Speaking about the future, it is clear that there is no universally accepted version of the actual path development will take along this cactus-bound coast.

When confronted with the problems that increased numbers of new tourists will impose upon the town’s facilities, one front desk manager who works for a small hotel fronting Zicatela beach shook his head and acknowledged that there will indeed be problems. But he still held to the faith that somehow it will be controlled.

“Claro” – clearly – he says, as if the great truths were finally visible through all the confusion. It is so different from saying, “I understand.” If it is clear, there is no doubt, it is as transparent as the sea.

“Claro,” he says again, confirming what you already knew, without question. Change is constant, like the tides.

Have You Ever Lost Your Bank? 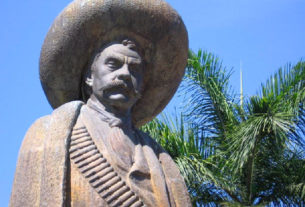