Medical science could have saved itself a lot of trouble if the powers that be had consulted my incredibly talented housekeeper, Josefina, before rescinding the tried-and-true method of CPR (cardiopulmonary resuscitation).

Josefina is the woman who, when I was bitten by a scorpion and hysterically yelling for help, simply went to the top shelf of her kitchen cabinet, withdrew a glass jar containing a dead scorpion in sticky fluid, and applied the fluid to my wound. “Voila!” The pain immediately subsided, and that was the end of my trauma. The greatest cook in the world had become the greatest doctor in the world. Those medical people could learn a great deal from Josefina’s common sense, thereby eliminating the need to change their minds so frequently. Every now and then, medical science reverses itself and we find out we’ve been doing something wrong all this time and didn’t know it.

This week’s announcement that CPR (cardiopulmonary resuscitation) has been done backwards for years was a typical shocker and leaves us wondering if, in attempting to save a victim, we’ve accidentally killed him.

CPR has been taught in schools, businesses, and hospitals for decades, and practiced by ordinary people whenever they saw someone in distress. Rescuers were taught to first check the airway of the victim and give two rescue breaths, and then start with a set of 30 chest compressions. This previously used system was called the “A-B-C” method. It seemed to be just fine. However, in the immortal words of George Gershwin, medical science is now humming, “It ain’t necessarily so.”

The American Heart Association has announced a new set of guidelines for rescuers who are administering CPR. News agencies are reporting that, under the new standard, emergency responders are advised to start with 30 chest compressions and then check the victim’s airway and give two rescue breaths. In other words, so that we don’t do it backwards anymore, we must now, um, do it backwards. The new guidelines are published as an addendum to the current issue of the Journal of the American Heart Association.

To make things even more confusing, the old A-B-C method is still to be used on infants, but for adults and children, we are advised to use the new C-A-B system.

Since Josefina seems able to do more for a victim and do it faster, why doesn’t the medical community ask her how she’d handle somebody requiring CPR? Instead of either A-B-C or C-A-B, this is probably how it would go:

After an accident, Josefina steps up to help a victim. She’s pushed aside by a man who announces, “Step back please! I’m trained in CPR.”

Josefina quietly watches his A-B-C (or C-A-B) system for a few moments, and then taps him on the shoulder. “When you get to the part about calling a doctor,” she’d say, “I’m already here.”

If that didn’t work, she could always whisper into the ear of the victim, “If you get up, I’ll make you some banana pancakes.”

And, if that doesn’t work, the guy’s probably already dead.

Did you know? Mexico’s first tourists 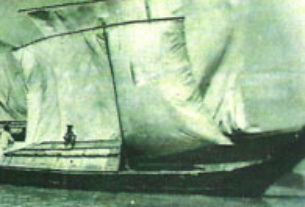