U.S. President, Barack Obama, recently received The Nobel Peace Prize, the most recognized award in the world, because he has given the people of the world “hope for a better future” and for his “extraordinary efforts to strengthen international diplomacy and cooperation between peoples.” Only three other U.S. Presidents have won, all of them “peacemakers:” Jimmy Carter (2002), Woodrow Wilson (1919), and Theodore Roosevelt (1906).

Did you know the Nobel Prize has also been awarded three times to Mexican citizens?

Alfred Nobel, the Swedish inventor who created dynamite, in his will signed in Paris in 1895, designated that 95% of his assets, worth almost $200,000,000 today, be used to endow annual awards for outstanding service to the world in Physics, Chemistry, Physiology or Medicine, Literature, and Peace. It was to be given to those who “have conferred the greatest benefit on mankind.” Each award consists of a gold medal, a diploma, and a monetary grant.

The first Mexican to win one was Alfonso García Robles, who, like Barack Obama, was awarded the prestigious Nobel Peace Prize. García Robles was born in Zamora, Michoacán, March 20, 1911. Trained in law García Robles joined Mexico’s foreign service in 1939, serving as Ambassador to Brazil, 1962-1964; as State Secretary in the Ministry of Foreign Affairs, 1964-1970; as Mexico’s representative to the United Nations, 1971-1975; as Foreign Minister, 1975-76; and in 1977 he was appointed Permanent Representative of Mexico to the Committee on Disarmament headquartered in Geneva, Switzerland.

Often called “the father of the Tlatelolco Agreement,” which made Latin America a “denuclearized zone,” García Robles also, beginning in 1978, played a central role in the efforts of the United Nations to promote general disarmament throughout the world. His influential writings include: The Denuclearization of Latin America (1967) and The Treaty of Tlatelolco (1967).

Octavio Paz Lozano, poet, essayist, diplomat, was born in Mexico City on March 31, 1914 into a family of liberal intellectuals. In his early twenties, he travelled to Spain (1937) to participate in the Second International Conference of Anti-Fascist Writers and returning to Mexico he became one of the founders of the important Mexican journal, Taller (Workshop). He later broke with his leftist friends and in his journals Plural and Back, he denounced the human rights violations of the leftists.

Stationed in France after World War II, while working for the Mexican diplomatic service, Paz penned his important study of the Mexican character, The Labyrinth of Solitude. Appointed Mexican Ambassador to India in 1962, he resigned in protest from government service after the massacre by government troops of protesting students in Tlatelolco during the 1968 Olympic Games. Highly regarded throughout the world for his poetry, Paz believed that poetry “is the secret religion of the modern age.”

In 1981 he won the Cervantes Award, the most prestigious prize of the Spanish-speaking world; and in 1990 he won the Nobel Prize in Literature “for impassioned writing with wide horizons, characterized by sensuous intelligence and humanistic integrity.” He died April 19, 1998.

The Nobel Prize in Chemistry was awarded in 1995 to Mario Jose Molina Henríquez.

Henríquez was born in Mexico City on March 19, 1943. Educated in Europe and the United States, he became a research chemist and was one of the first scientists to study and articulate the dangers of chlorofluorocarbons (industrial and domestic aerosols) and the deteriorating effect they had on the ozone layer, affecting climate change. In 1994 President Clinton selected him to serve as one of the eighteen scientists on his elite advisory Committee on Science and Technology.

In 1995, because of Molina’s perseverance in researching and then publicizing a major environmental threat, Molina received the Nobel Prize in Chemistry. He has been profoundly important in raising the environmental consciousness of the world. During his presidential campaign, Barack Obama invited Molina to join his Advisory Team for Environmental Issues.

As might be typical of Nobel Prize winners, these Mexican recipients have a love for the world that reaches far beyond their own lives. These words, from The Labyrinth of Solitude by Octavio Paz, perhaps speak for all three: “It is always difficult to give oneself up; few persons anywhere ever succeed in doing so, and even fewer transcend the possessive stage to know love for what it actually is: a perpetual discovery, and immersion in the waters of reality, an unending re-creation.” 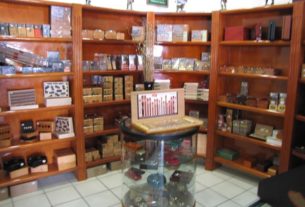 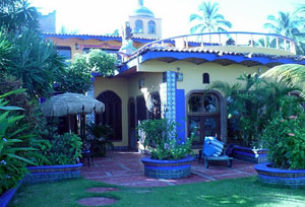