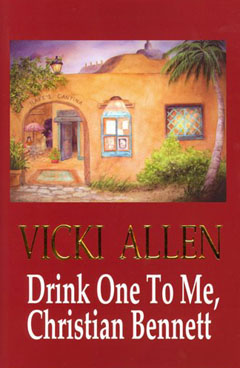 How about a romance novel set in Mexico? Yes!

And complete with a beautiful young girl, Abigail Carnegie Christensen, twenty-four, who is of course headstrong and independent; and a bad man who is handsome and powerful, who is in fact a legendary drug lord named Esai Molinero; and his equally handsome but not quite-so-bad assistant, Javier Cabrera. Javier is an orphan of “mixed-blood heritage and exceptional intellect” who, under the tutelage of his benefactor Molinero, has become a cultured and sophisticated man.

Abigail — daughter of a former debutante and a federal judge — is traveling through Mexico with her hard-drinking brother Jonathan. While staying for a few days in a little village where she is happily taking photographs (her passion) for a future exhibit, she and her brother spend late afternoons in Rafe’s Café. One afternoon Esai, with his retinue of cohorts and protectors show up at Rafe’s Cafe. Esai is immediately attracted to the lithesome young lady, but Abigail rebuffs his attempts to initiate a simple conquest. And then she does it again a few days later. Esai’s assistant is then assigned the task of delivering the young lady into Esai’s hands. One afternoon at Rafe’s, after her brother leaves with a hot Mexican girl (who, unknown to Abby and her brother, was procured by Javier), Javier asks Abby to dance. Finding Javier much more interesting than his boss, she accepts. Like his boss, Javier was also fascinated by Abigail, and as he danced with her he was “captivated by her energy and grace, the way her bright skirt shimmied with her hips, and her dancer’s legs, long and shapely, on full display with every cross-body lead and turn.”

As Javier toasts her, “Her gaze met his and his heart responded, aching with inner longing, well aware of the deep feeling evoked by her words, suddenly wishing he could run away with her instead of doing what he was obligated to do.” Abby passes out from her drugged drink and Javier abducts her, carrying her back to Esai and to his fortress, “Casa de Elegancia, a seventeenth-century hacienda set high on a hill overlooking the Gulf of Mexico, meticulously restored to its former glory….”

Abby is now indeed a lady in distress. A couple of days later, she is even more in distress when, unable to escape or to communicate with the outside world, she is forced (or otherwise her brother will be shot) to marry the emotionally complex and often violent Esai, thus becoming against her will La Señora Abigail Christensen de Molinero, and “lady of the manor.”

Her brother Jonathan “awoke after a night of binge drinking to find himself in a posh hotel room in Puerto Vallarta with Sofia, having the best sex of his life.” Of course a few days later, looking for his sister, he is frantic, eventually returning to the states, guilt-ridden and forlorn, without her.

Warned again and again that she should not push Esai too far-or she will be killed, Abigail — proud and strong-willed — nevertheless scolds, scoffs, insults, and demeans Esai, her husband and tormentor, frequently telling him to go to hell. Esai wants her genuine love more than anything in the world but is unable to change sufficiently to suit her: “He had always been intrigued by a challenge and finding a way to make this girl happy might prove to be his biggest challenge yet.”

Javier, his assistant, increasingly is in love with Abigail as she is with him, but any sign of unusual affection and Esai would kill them both. Javier hates aspects of Esai’s behavior but he also respects Esai and appreciates what Esai has done for him. When Javier was a boy, both of his parents, one a Mexican chemist and the other a British engineer, were killed in a car accident. None of the relatives wanted Javier because he was “the mixed-blood child of their forbidden love.” Placed in an orphanage, Javier escaped, and at age thirteen or fourteen Esai found him on the streets, took him in and educated him. Javier tells Abigail, “While you were practicing pirouettes and fouttés en tournant at Juilliard, I was busy mastering four languages, and by the time you graduated from NYU, I had the equivalent of two degrees, one in finance, the other in international studies.”

Esai spends his nights with Abby, but Javier is assigned to watch over her during the day.

The plot thickens. Well, what’s going to happen? And who’s going to be loyal to whom. That’s for me to know and for you to find out… by reading the book.

Vicki Allen, the author, is a southerner, and judging from the lovely photo on the back cover she could have been the Abigail of her book. She was born in Birmingham, Alabama, but has also lived in Louisiana, Virginia, Mississippi, and Oklahoma City; she currently lives in Central Louisiana. This is her fourth book and the first one set in Mexico (the others, For Molly, The Search for Shannon, The Return, and The Other Brother, are all set in the deep south).

And just a reminder for all of you beautiful ladies out there, actually a word of caution: when you’re travelling in Mexico (or anywhere else) beware of accepting drinks from handsome strangers. 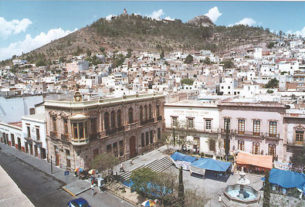