Your Tropical Garden in Mexico 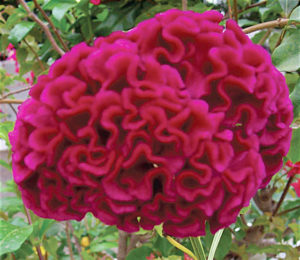 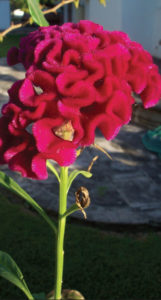 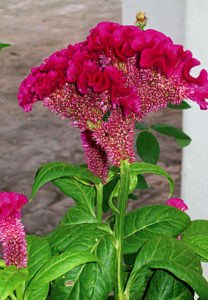 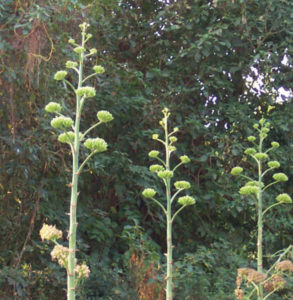 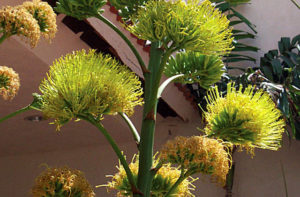 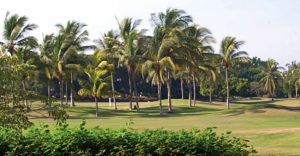 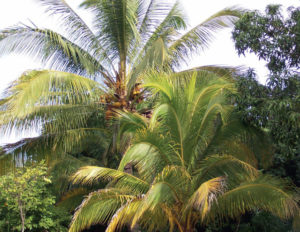 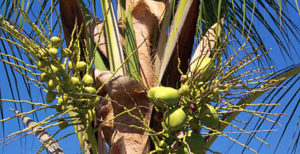 Three beautiful options for your tropical garden in Mexico are the celosia, century plant and coconut palm.

Use: Celosia is a showy, fast-growing annual with red, gold, yellow, or pink flowers, lasting up to two months. They make excellent cut flowers. Raise celosia in a greenhouse or a conservatory in cool climates. The christata (shown) has fan-shaped, rippled flower heads that resemble coral. Its tender leaves are edible and the plant has some medicinal uses. It has been used as a garden ornamental at least since the 1500s.

Flowers: Its crested inflorescence is ornately rippled and brilliantly colored.

Cultivation: Celosia requires rich, well-drained soil, with humus and manure added, and should be kept constantly moist. It needs sun, and shelter from the wind, and grows to a height of 1.5 to 2 feet.

Propagation: Celosia is propagated from seed, and should be raised under glass in cooler climates.

Use: This native of Mexico will thrive on rocky slopes, steep banks, in sunny gardens or in patio pots as an ornamental. plant The leaves are used to make a liquor called pulque, and have some medicinal uses as well.

Flowers: For most of the plant’s life, there are no flowers, only a rosette of sword-shaped grey-green leaves. After many years, (30 to 40, once thought to be up to a century), a flowering spike shoots up several feet from the center of the rosette. Flowers appear on the ends of lateral branches of this spike. Yellow-green clusters bloom, and then the leafy rosette dies, after flowering only once.

Cultivation: The century plant thrives in good potting compost and sunny conditions, with ample water during the growth period. Some species of agave yield economically important products, such as liquors and sisal.

Propagation: The century plant is propagated from offsets near the parent plant. Dry for several days prior to planting.

Use: The coconut palm is a plant of many uses. The 60-foot tree is gracefully ornamental, providing modest shade. Its leaves are used for thatched roofs, baskets, lattice, and fish traps. Its edible fruit contains a liquid used for drink, as a diuretic, and as a sterile solution. The coconut, eaten raw or cooked, has many medicinal uses as well. Its oil is used for cooking, margarine and ice cream. The shells are used as utensils, and the husk for matting, padding, and rope fiber. Additionally, the roots provide a dye.

Flowers: Small yellow flowers are borne throughout the year. They are seen on stalks up to 4 feet long. Mature healthy trees will produce 50 to 100 coconuts per year.

Cultivation: The coconut palm thrives in light, well-drained, sandy soil in warm climates, especially at low elevations. It is very salt-tolerant and hardy. The amount of water and nutrients available influence growth and productivity.

Propagation: The nut has a single seed, which has the distinction of being the largest seed in the plant kingdom, and is capable of floating for long periods before germination. Plant shallowly on its side, 1/3 exposed, and transplant at 7 to 9 months.

Linda Abbott Trapp is the author of Ornamental Plants and Flowers of Tropical Mexico, 2006