The backroads of Mexico often offer adventure, perhaps a bit of excitement, sometimes a touch of the dramatic and, occasionally, a hint of danger.

We thought we’d found all four on a deteriorating 10-kilometer connector between Highway 200 and the Pacific beaches, to and from the almost dead community of El Tecuan, an hour north of Manzanillo, two south of Puerto Vallarta.

“Wonder where this one goes?” was already the question of the day before we saw the aging Playa Magica sign.

The promise of a magic beach smoothed broken asphalt and pushed back vegetation creeping in on both sides of what was once a two-lane road.

“It looks like whoever built it never came back,” said Sarah, an astute observer, navigator for most of our lifetime. “The road is falling apart.”

Of necessity, the drive was slow and tedious, up and down and around hills. It was also scenic — a tropical delight plus mango trees, coconut palms and a river or lagoon on the right side. We came upon a segment of land that was fenced. Off in the distance were two cows. And a few egrets. Indeed, there was life.

We followed this rustic route to the sea, to a spectacular sight, Hawaii-looking waves crashing onto a rocky shoreline, spray flying 20 feet high. A beach road went left and right. On a nearby hillside were four large houses somewhere between unfinished, beat up, run down and devastated. Roof tiles were scattered here and there as if the place had been hit by a hurricane. Or an earthquake. People couldn’t cause such a mess.

To the south was beach as far as we could see, halfway to Tenacatita. The northside required exploration. We did it and there it was, the remains of what was once a hotel, a resort with pool and tennis courts. Much like the houses at the intersection, the big building had been ravaged.

We looked and wondered what had hit this stunning scene, smashed the windows, broken the wooden walkway. How could such a treasure be abandoned, left to grow up in weeds?

It was sad and a wee bit eerie, all alone out there, deserted at the end of the road.

The mood was somber as we started back toward the highway. Sarah made it worse by asking if this was the sort of place bandits might block the road and take her watch and 50th wedding anniversary rings. She didn’t mention my tattered wallet with the 200 pesos.

I had just said “Unlikely” when we topped a little rise and 100 yards ahead was a white pickup truck. Stopped, one hundred percent totally blocking the road. We carefully reduced the distance by half and paused. We could see the driver, leaning out his window. He had a rifle.

Pop! Pop! Maybe he was shooting at a bird or a turtle or an old coconut shell. We didn’t ask.

In time, he hit the target or lost interest and moved on. So did we — but slower than he. How strange that the only person we saw on this remote outing had a gun. How did he happen to be between us and Highway 200?

Back in Barra de Navidad in time for early dinner at Bananas, we started asking the right questions. Tracye Ross at Crazy Cactus had answers. She is a rare resource. Others filled in some of the remaining blanks. Interesting, very interesting.

For loyal service to Mexico, Gen. Garcia Barragan, Secretary of Defense in the 1950s, received more than two thousand oceanfront acres as a gift from President Gustavo Diaz Ordaz. The general built the resort and put in a private landing strip. Alas and alas, he died before all the rooms were rented.

A son leased the operation to outsiders, didn’t like the net results and eventually blew out the candles and closed the doors.

In 1997, movie makers borrowed the hotel as a prop. On a stormy night, with lightning flashing and rain coming down in buckets, Hollywooders pretended they were in the Bahamas. They shot a mile or more of film and turned it into I Still Know What You Did Last Summer.

Later, somebody with ears in the Mexican government heard that the airstrip was being used as a drug depot. Bulldozers were dispatched to cut reverse topes in the sand. Flights from Colombia were undoubtedly redirected.

In time, the development fell completely from grace. It was vandalized, looted, stripped of anything of value, and left for dead. The road was closed, as in no trespassing.

“I was out there maybe five years ago,” said Tracye. “I looked at it for potential investors. Due to westerly winds, the beaches are among the roughest in Costalegre. Serious surfers might like it but it appeared dangerous for swimming, especially for children.”

The price wasn’t right, $47 million or so, with maybe a question about proper documentation.

El Tecuan, still listed as a resort on some websites, slipped deeper into the shadows. Now and then, a backpacker and a gull or a pelican checked it out. A few tourist strays came, raised their eyebrows and reversed their field. Some of us asked questions.

Indeed, the estate is for sale. Inflation has made it more valuable. Marsha Ewing says the asking price is now 55 million U.S. dollars. Recalling the view, it might be worth it — with a senior discount. 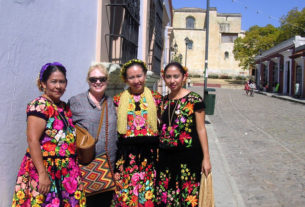 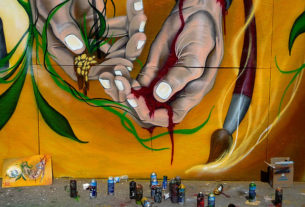