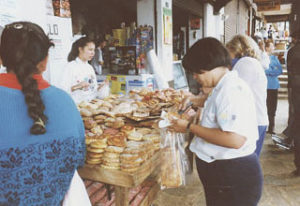 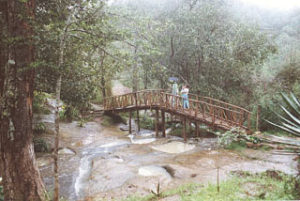 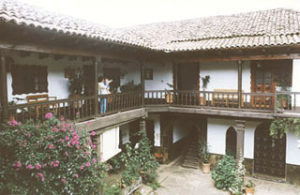 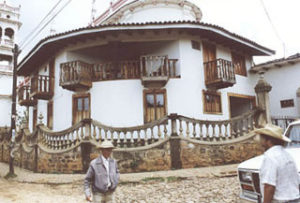 One of the prettiest towns in the state of Jalisco is Mazamitla, set high in the pineclad mountains near the Michoacan border. Among its many attractions are some fine restaurants specialising in Mexican food, more of which later, as well as waterfalls and gardens.

Mazamitla is definitely a very old town, dating back at least as far as the twelfth century. In 1485, shortly before the Spanish arrived to colonise “New Spain”, invading Tarascan Indians whose capital city was Tzintzuntzan on the shore of Lake Patzcuaro, successfully gained control of the area around Mazamitla, and extended their empire even further west to the seasonally dry lake beds of Sayula and San Marcos, which they wanted for their salt production. The Tarascans did not control Mazamitla for long, however, for at the conclusion of the socalled “Salt Wars” in 1510, they withdrew.

The Spanish grew to both love and hate Mazamitla. It provided a convenient route for them between the important colonial centre of Valladolid (today called Morelia) and the Colima coast. The town was situated at the highest point (7300 feet or 2200 metres) along this route and was a welcome reststop for horses and men who had been forced to ascend steeply just before entering the town. But during the Mexican struggle for independence (1810-21) it also became a haven for rebel forces intent on breaking the Spanish domination of the country. A few miles outside the town (towards Tamazula) is the site of the Battle of Zapatero (literally the Battle of the Shoemaker), named for a gap in the hills where a group of insurgents fought their Royalist adversaries in 1812.

Further along the same road are the buildings (now largely ruins) of the hacienda of Contla which was very important at this time.

Mazamitla saw further military action during the illfated French intervention in the middle of the nineteenth century but lost its early archives (burnt during the fighting) in the process. The town became a municipality in 1894.

The centre of Mazamitla has many old buildings and has preserved much of its colonial charm. The main plaza has an arcade along one side and the beautiful wooden balconies characteristic of Jaliscan mountain towns are much in evidence. The church is on the site of an old mudbrick (“adobe”) building and was rebuilt in 1957. It is always worth stepping inside to admire the magnificent floral displays found within its simple interior. Its exterior is very unusual and, as befits the mountains, positively Norwegian in style.

On the edge of town is the subdivision of Los Cazos. The nearby tourist centre of Monteverde has wellbuilt, fully equipped wooden cabins which are ideal for family groups. While Monteverde has no restaurant (the cabins all have stoves), there is a good restaurant just outside the main gate!

Elsewhere in the town are other highly recommendable eating houses. Two doors from the square, away from the church, is a small family run restaurant serving excellent homecooked Mexican food at very economical prices.

Opposite the Pemex filling station at the edge of town is the deservedly popular La Troje restaurant (closed Tuesdays) where a young couple whose surname is Buenrostro, more than live up to their name, serving food which is excellently presented (“Nice Face”) as well as being absolutely delicious. Unless you are a very big eater, my recommendation here is to share a plate of mixed “botanas” (appetizers) which includes carnitas, quesadillas, and cheese, and then ask to share a portion of the house speciality, “Trifajitas”, prepared in mouthwatering style at your table. Just wait until you see their secret ingredient…

Mazamitla may have several excellent restaurants today but only forty years ago, the situation was very different. In “Mexico Three Storeyed Land”, published in an English translation in 1959, A. .Serstevens wrote that “Mazamitla reminded me of the villages of Old Castille: white houses, pink at the base, very projecting roofs. We dined in a miserable posada, but my wife took over the kitchen stove and, amid an admiring but mute crowd of onlookers, prepared an admirable repast.”

Another culinary claimtofame of Mazamitla is the local drink called Pajarete, a concoction of milk, aguardiente (firewater), brown sugar and chocolate.

Even if you decide to take your own picnic lunch and resist the temptation provided by Mazamitla’s restaurants, then you still face a bewildering range of possible choices for the best spot in which to spread your tablecloth and lay out your silver. Tucked away inside the residential development of Las Cazas is El Salto a 30 metre waterfall in the pine forest.

On your way into this lovely development, you will pass the “Enchanted Garden”, missed by many firsttime visitors, where a series of waterfalls and streams bounce down a slope between wellplanned gardens on either side. There is something Japanese about the Enchanted Garden and its numerous small bridges, hightening the cosmopolitan flavour of the town.

THE BEST TIME TO VISIT

The road up to the town from Lake Chapala offers outstanding views of the lake, and of the scarp face which defines its southern edge. On a clear day it is easy to pick out Ajijic and Chapala on the far side, and Scorpion and Mezcala islands in the middle of the lake. During wildflower season (September and October) the meadows either side of the road become a blaze of colour, making the drive still more enjoyable.

If you can time your visit to coincide with a local fiesta, then try for early December (from the 4th until the 12th, Mazamitla celebrates the Fiesta of Guadalupe), February 24th (Flag Day) or the last week in July (in honour of Saint Christopher).

And you find a pretty senorita and want to ask for her hand in marriage? Then take care, for there is still a strong local custom which prevents you running off with her without first having asked permission from her father and giving him cigarettes and a bottle of spirits. Should he refuse, you are allowed to run off together but by way of later repentence will be expected to appear together at the altar with your loved one dressed in black and carrying a cross!

Identity narratives by American and Canadian retirees in Mexico 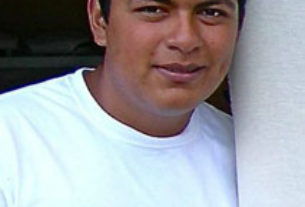