Henry Wadsworth Longfellow waxed poetic about the bronze bells of San Blas without seeing or hearing them. These less eloquent westwords are about the bugs of San Blas, a very up-close and much too-personal accounting with scars as proof of participation.

From a distance, San Blas is just another beach town, in the state of Nayarit, on the sunny westside of Mexico. Except for a few sailboats, a scruffy fishing fleet and the miniature navy base, it is a little short on distinguishing characteristics. There are no resorts with stilted names, no meticulously groomed golf courses, no fancy shopping malls, no condo high-rises or even a recycled Long John Silvers.

Time out. There must be a nice way to say that San Blas doesn’t have all that much to offer. Got it! The town has not totally succumbed to commercialism. From the restaurants to the water, Borrego Beach is beautiful.

San Blas population is either 8000 or 10,000 — or maybe 12,000. Different signs and sources have different numbers. The town is in the same general Pacific area as Mazatlan and Puerto Vallarta — but a world apart.

I’m trying to remember why we bothered to check it out. There are some great fishing tales from back when Rod Collins’ dad used to take him to San Blas. Long-ago friends John and Jean Bryant said they enjoyed visiting. Maybe it was the low-cost lodging. Or maybe they won the gringo card games. Or the paperbacks had happy endings.

San Blas is a footnote in history. It once was a major trading hub until the port silted up. It was a shipbuilding center until the hardwoods were all chopped down. Germans invested in a farming cooperative but apparently thought better of it and moved their money to Guadalajara.

A hint of dilapidated drama remains, old ruins, broken dreams, even fictional pirates lurking just offshore. A couple of pubs, with a patch over one eye, keep that myth alive.

Once upon a time, there was a hearty shrimp population, rich oyster beds and maybe a tribe of lobsters just offshore. They’ve been thinned out. It appears an octopus or two were recent catches. There were chewy fragments in our seafood soup.

San Blas has a national swamp. Does it sound better to focus on mangrove wetlands? Indeed, there is an ocean out there. Summer surfers catch big waves. Butterfly netters supposedly catch mammoth mosquitoes with eagle claws. Rumor has it that those big dive devils can carry off Great Danes and middle-school children.

Pat Cordes says don’t believe everything bad you hear about San Blas. She loves it. She describes it as tranquil — between fiestas and fireworks.

She says the town has a goofy charm. Bird-watchers are very, very serious. OK, dust blows in the wind in the dry season and some of the roads turn into soup when it rains.

Pat tells a charming story of getting her bicycle stuck in the mud. She got off and got her shoes stuck. She wiggled her feet free, dug out her shoes, escaped and hurried to a water spigot to wash off the muck — and drown the flock of flying objects gathering for chow.

Pat Cordes is our favorite source of inside San Blas information. She lives there by choice. She could be in San Diego or even New York. She has a terrific website dedicated to promoting the area — but I think she tells the truth.

She knows the story of Hollywood’s flirtation with San Blas in the 1960s, about a movie or two against the seaside backdrop, about Lee Marvin going fishing and partying. No, she hasn’t seen any movie stars lately.

She can recite the yarn from the 1950s, when the president of Mexico, the honorable Miguel Aleman, hatched or joined the scheme of making San Blas into another Acapulco. He and supporting cast came for the ribbon-cutting. Big party. Bountiful feast. Adult beverages. Windy speeches of great things to come.

Sunset was the beginning of the end of this pie in the sky. People felt bites or stings and started slapping and swatting at things they couldn’t see. By morning, they were scratching red whelks and San Blas was back in the hands of the locals.

“The bugs are the reason it never boomed,” said Pat.

Pat, Sarah and I talked for at least two hours at WaLa, her favorite palapa restaurant. Pat said the jejenes are supposedly worse at sunset and dawn, at new and full moons, and in the rainy season. I was comforted to hear no-see-ums are not too bad on bright afternoons, especially if there is a breeze.

We were enjoying a bright, breezy, almost perfect afternoon on the beach.

Pat said the bugs of San Blas are no real problem for about 75 per cent of the people, residents and visitors. I liked the odds but I did feel a couple of needle sticks on the soft underside of my left forearm. I looked but didn’t see anything.

Only when I ran out of questions did this San Blas research end. Pat peddled away on her bike. Sarah and I headed south to our Pacific sanctuary, Barra de Navidad.

It took a day and a half for the damage to develop — 17 red sores screaming for immediate first-aid. Hells’ bells, I do believe the bugs of San Blas tried to eat me alive. 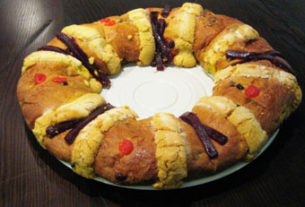