The air is crisp as we head up Highway 45 to celebrate the Day of the Dead, passing through increasingly barren land. Trees, that cover the gentle slopes and crops of russet milo maize, give way to prairie grasses and then nothing except cacti and the hardy shrubs that live in this area of little rainfall in northeastern Jalisco.

The gently rolling hills are as somber as I remember them, subtle gray-brown colors , with a wash of green in the morning light. A fitting landscape for the strange holiday we are going to share with Raymundo’s cousins.

The origins of the Day of the Dead are uncertain, but it is generally believed by anthropologists that keeping the various gods and goddesses appeased occupied much time and effort. Appeasing one’s dead ancestors and family members was likely a part of these rituals. Myths of the dead are common to speakers of Nauha, Maya and Purépeche. The Orpheus myth is an example and so is the tale of Quetzalcoatl rescuing the bones from which men are made from the gods of the underworld. We listen to ranchera music on the radio, telling of betrayal, vengeance and undying love. Standard Mexican lyrics. We circumvent Leon, managing to catch the old road instead of the toll road to Lagos de Moreno. My husband, Raymundo, mistrusts toll roads, thinking that the trusty 1961 Toyota Land cruiser might break down and go to Jeep heaven with no one to help if we stay on the toll road.

Dust precedes us and follows us in this sere and sore land, a countryside of very little agriculture and many goats and sheep, of bees and honey, of agave and cacti. We stop and eat borrego al pastor, which includes some very tender parts of the sheep, spherical in shape and suspiciously anatomical. Everyone in the roadside restaurant smiles.

Just at dusk on November 1 we reach Caquixtle de Arriba and our arrival is a great success. The children running alongside the car announce our presence. Raymundo’s cousins, the bakers of this small pueblo receive us warmly.

Raymundo adds to the altar a toy skeleton which moves if you pull the string. We light the candle for Esperanza´s baby sister who died before she was six months old. That was a long time ago and still they remember her. A very tiny pair of mittens, some flowers and candy complete the altar. It makes me sad, but it pleases me too. In some parts of the Republic the Indians make special ofrendas of food for the angelitos, like a drink made with fresh corn kernels.

We pitch our tent and fall asleep despite the noises of roosters, burros and a few firecrackers, which go off at odd hours. It is well that we sleep early for the household rises at 4:00 a.m. to make bread. The pan de muertos, which they will sell to the community, comes out of the oven in the shape of men and women and dogs. These are the same dogs of Indian mythology who ferry the dead souls across the river. In many diverse areas of the country, this myth persists today.

A few hours later we go to the market and it is full of flowers for the dead, especially the fat orange marigolds called zempasuchitl, the Aztec flower offering for the dead. The original zempasuchitl was a small wild marigold about the size of a five-peso coin. The vendors are broad shouldered and small of stature, their braided hair glistening with oil. Women of 30 have few teeth and many children. We are glad we brought an offering of sugar skulls with silver eyes in the Tianguis de los Muertos in Guadalajara. No sugar skulls for sale here.

We present Esperanza and Raol with white daisies, magenta cockscomb and marigolds to decorate the altar for the adults. Today, November 2, is the Día de los Fieles Difuntos or All Souls Day. Candles are lit, ofrendas laid out. They place a photograph of Raul’s father, who was recently deceased, and tamales, a candy bar and pulque, a drink made of the fermented juice of the maguey plant.

Esperanza and her sisters make tamales, a task which occupies the afternoon. Offerings of corn and products of corn are part of the pre-Hispanic past. All indigenous peoples in Mesoamerica made offerings of corn. For many groups, Maya, Purépecha and different Aztec tribes it was a god. I am permitted to stir the atole, a drink made with dried pods of tamarind and water and corn meal.

I am disappointed that we aren’t going to leave ofrendas on the graves. The old customs are dying out. Mestizos, people of mixed blood, often wish to deny their indigenous heritage. Radio and television have influenced people to be more and more similar. Yet at the same time on these special holidays, the media glories in the Indian past and customs. It is puzzling.

– This article is provided by the Chapala Review a monthly Newspaper published in Ajijic, Jalisco, Mexico. The focus is the Lake Chapala area. The goal is to provide quality information about the area, its stories, events, history, culture and people. 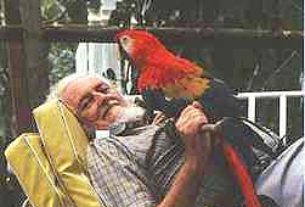