The Mexican flag has been changed many, many times over the last 100 years or so: especially around the time of the war for independence. In the years surrounding that period, it was changed and adjusted by most factions in politics at the time.

The long list of Mexican flags starts with the Standards of Cortés and Hidalgo. The Standard of Cortés, with the image of the Virgin Mary, representing the Catholic religion they were to civilize the natives with, was used from 1519 to 1521, the time of the ultimate defeat of the Aztecs. The Standard of Hidalgo is the flag held by Father Hidalgo at the Grito de Dolores, when he called the people to fight for their independence. It was an oil painting of the Virgin of Guadalupe.

José Maria Morelos, the general who continued the fight after Hidalgo’s death, had another flag, which was white silk with pale blue squares and in the middle, an eagle wearing the imperial crown standing on a bridge with three arches, the letters VVM visible within each arch. The letters stood for Viva la Virgen Maria.

The Bandera Trigarante was designed shortly after the Plan de Iguala was signed. It stood for the three guarantees: Religion, Independence and Union. The design was three diagonal stripes in white, green and red respectively, each with a gold five-pointed star in the middle of them.

Soon after the signing of the document titled the Independence Act of the Mexican Empire, (initiating a fight between monarchists and republicans), when Iturbide was named Agustin I, Emperor of Mexico, the flag was redesigned, giving it its basic current form of vertical stripes, the green next to the flagpole, then the white, then the red with the eagle in the center. The figure of the eagle wore an Imperial crown. Its breast faced forward with the head turned towards the red stripe on the flag. This particular flag was without the serpent and the cactus, although the eagle was representing the legend of the founding of Tenochtitlan. This image of the eagle is known as the Escudo Nacional.

In 1823 the eagle was modified yet again, this time removing the Imperial crown, as Iturbide’s empire had fallen, and adding the cactus, serpent, laurel and encino branches, the final result being much like it is today.

A short year later, however, as the country fell into yet another set of battles, most markedly the one with the US, each separate fighting sector had their own version of the escudo. The most commemorated of this time, however, is the Batallon de San Blas sporting the eagle with its chest to the front, head facing the green stripe, holding the serpent in its beak and right talon the words Batallon de San Blas just underneath it. It had a small red, white and green ribbon in the right corner of the green stripe and has a special place in the Flag Salon of the National Museum of History in the Chapultepec castle, as it was the one that Juan Escutia took his own life in after one of the most brutal battles in the war with the US. Juan was thirteen years old at the time.

During the regimen of Porfirio Diaz the escudo was again modified, this time it was official, though. It was decided that the eagle’s breast should again be outwards, although his head would face the left (towards the red stripe) with wings outstretched, the serpent in his beak and the branches of laurel and encino reinstated below the cactus he stood on.

The actual flag has the eagle facing right in complete profile, holding the serpent in his beak and right talon, standing on the cactus, which in turn has a golden base with a splash of blue (presumably representing the lake of Texcoco where the Aztecs first saw it) below which there is a branch of laurel and encino held together by a tri-colored ribbon. The cactus has three prickly pears on it, two on the right side and one on the left.

The Mexican National Flag became an official patriotic symbol on the 5th of February, 1934, although it had flown above the National Palace since September of 1917.

There isn’t another symbol that embodies a country’s soul more than its flag. This is true in any country, any culture. Once a friend of mine asked why you would salute or venerate a piece of cloth. Her take was that a materialistic symbol of anything, such as a flag, was of little importance, as it was nothing but a piece of material and easily destroyed. The point she misses entirely is that this piece of cloth, our flag, stands for something very meaningful indeed.

It stands for people who fought to keep their children from being downtrodden, regardless of the consequence. It stands for those who believed in something so passionately that they would fight for it and die for it. It stands for hope, for change and a better environment to live in. It stands for the love that those who sacrificed their lives had for their land and their people. This stands true no matter what version of the flag you look at.

A flag is the soul of a country… in spite of just being a piece of cloth.

Published or Updated on: January 7, 2007 by Victoria Montgomery © 2008
Share This:
Tagged culture-customs 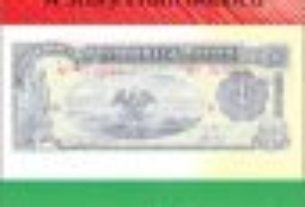 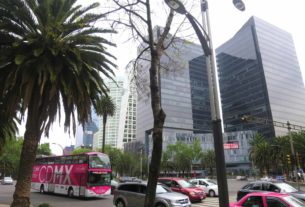