Asked to identify Francisco “Pancho” Villa, most people living North of the Rio Grande and even some Mexicans would call him a “bandido” but a careful examination of his career reveals simply a man willing to break the law to further a cause. In many ways, he remains an enigma.

Born in San Juan del Rio, Durango, in either 1877 or 1879 as Doroteo Arango Arambula to a poor family, even the source of the name he assumed, Francisco “Pancho” Villa, is uncertain. What is well documented is that at the age of 16 he killed a man who had raped a younger sister and fled to the mountains to escape punishment. One version of the name change is that he simply picked a name to avoid arrest. A more plausible story is that he joined a gang of “bandidos” led by one Francisco “Pancho” Villa. He rose rapidly to become second in command and when the original “Pancho” Villa was killed, took over the fallen leader’s name as well as command of the gang.

Soon he and his gang moved to Chihuahua. Between 1900 and 1909 he apparently was a “bandido” hunted by the Federal Police. His actions during this time made him a legendary hero to the poor. Like “Robin Hood,” he seized goods and property from the elite hacienda owners and distributing them to the underprivileged who made up the majority of the population. Many Mexicans seem willing to forgive him for using threats and violence, claiming the end justified the means.

Although no other biographers support this, the prestigious Oxford History of Mexico claims that for some of those years, he ran a transportation business that carried supplies to miners and mines in the rugged Sierra Madre Mountains of Chihuahua. It says he owned mule teams, wagons and warehouses and employed dozens of wagon drivers and mule skinners. It goes on to say that despite being the boss, he worked with his employees who knew him to be an intelligent leader, hardworking, and a tough man like they themselves. In later years it was people like these whom he enlisted in his army. Official government biographies list his occupation as “wholesale meat seller.” This was probably written when he ruled Chihuahua and does not preclude the possibility that the meat he sold was obtained by rustling cattle.

However, if we ignore this period of his life and concentrate on the years between 1911 when he emerged as a military leader in the Mexican Revolution and the end of his life in 1923, the picture changes. His transformation from “bandido” to political activist and revolutionary can be attributed to a meeting with Abraham Gonzales, the Governor of Chihuahua and a representative of President Francisco Madero. Gonzales became his patron, made him aware of the political situation and introduced him to the Creel/Terrazas family that dominated Chihuahua politics. These connections served him well, for although he was charged with many crimes, he was never convicted. He first appears in documented Mexican history in 1911, a year after Porfirio Diaz who had retained the Presidency for some 35 years, was forced out of office. Now, one after the other, Francisco Madero, Victoriano Huerta, Venustiano Carranza, and Alvaro Obregon took over the presidency of the country. It was one of the most chaotic periods in Mexican history and lasted until 1920.

Originally a supporter of Madero he was persuaded by a friend, Pascual Orozco, to switch his allegiance to Victoriano Huerta who had deposed Madero. Huerta, a man of humble origin, espoused a program of agrarian reform. Now Villa became a commander under Orozco. His career as an outlaw had familiarized him with all the best hide-outs in the rugged Sierra Madres. Perhaps he can be credited with having invented “guerrilla warfare,” as he conducted raids against the Federal armies that sought to control the area. Shortly afterward, Orozco lost the respect of many of his followers simply because Huerta did not actually implement the agrarian reforms he had promised. Now another Revolutionary leader, Emiliano Zapata, had emerged.

The Zapatistas denounced Orozco as a traitor and drove him out of power. By this time Villa had recruited a large army among the cowboys, share-croppers, miners and lumberjacks of rural Chihuahua and Durango. Some Americans also joined him. He and Zapata formed an alliance. Along with Venustiano Carranza and Alvaro Obregon, they now sought to drive Huerta from office. Villa was in control of Chihuahua. In a master stroke, he moved north and took over Ciudad Juarez, the Mexican city across the border from El Paso. This gave him access to a steady flow of arms and ammunition from agents of Remington, and Colt. Some of these purchases were financed by funds extorted from the well-to-do elite hacienda owners. Cash also came from raids on the cattle herds of this same elite group. Driven across the Rio Grande to El Paso, rustled cattle were easily converted to cash. However, there is no evidence that Villa personally benefited from these funds.

By February 1913, his “Division del Norte” numbered over 3000 men. By early 1914 he had been joined by leftist leaders who brought almost 3,000 more soldiers plus Socialist ideas into the Villista camp. Now the division traveled by train. Heading south, they conquered Saltillo, Zacatecas and Aguascalientes before heading for Mexico City where he met up with the forces of Zapata. At this point both of them supported Carranza. But the alliance was tenuous. Carranza was a middle of the road conservative, slow to act, while both Villa and Zapata were men of action who had definite Socialist leanings. Soon after Carranza seized the Presidency, he broke with Villa who now turned to Obregon. Out of favor with President Woodrow Wilson who had once admired him, Villa had become enraged when President Wilson recognized Carranza. He felt the United States was interfering in Mexican politics. He was right.

Now, the U.S. cut off the flow of arms to the Division del Norte, forcing Villa and his forces to retreat to Chihuahua. Frustrated and embittered, his troops now ran wild, plundering and raping. Whether Villa was responsible for their vicious actions is arguable.

In retaliation on March 9, 1916 Villa led 1500 Mexican raiders across the border and attacked Columbus, New Mexico, burning the town and killing 17 people. Now President Wilson sent 12,000 U.S. Troops under General Pershing to hunt him down but with no success. On the run for four years, Villa finally surrendered to the Mexican government, was appointed to the rank of General, granted land in Durango, and retired. He was assassinated in 1923.

Evaluating “Pancho” Villa’s overall contribution to Mexican history is very difficult. He was a superb military leader, and apparently had no desire for personal political power. In 1913 while acting as the provisional governor of Chihuahua, he created the Bank of Chihuahua that financed agrarian reform and urban co-operatives. He also authorized the re-creation of “ejidos,” community land holdings. There is no question that as a Revolutionary he was a populist, dedicated to land reform.

Perhaps his most lasting impression on both the U.S. and Mexico came from the over 25 movies that have been made, based on his life. He played himself in those filmed in 1913, 1914 and 1915, often staging mock battles for the cameras. His image, mounted on a white horse, with a bandoleer of cartridges draped across his chest and a pointed, high-crowned, white sombrero on his head, appeared on movie screens all over the U.S. With an aquiline nose over a full black mustache, he was a movie idol.

In later years, stars like Yul Brynner and Telly Savalas all played the role of “Pancho.” The last movie about him appeared in 2003 staring Antonio Banderas. It is now available in DVD. Thus, “Pancho” Villa still captures new admirers. “VIVA VILLA.” 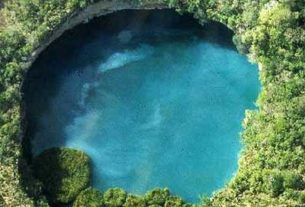 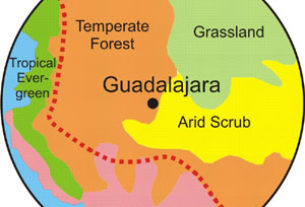