A native of Guadalajara, artist Enrique Velazquez has made his home in Ajijic since 1989, painting and selling from his Arte Estudio on 16 de Septiembre, (a block east of Morelos), which he shares with his wife, Belva, also an artist. Together they are raising three children, two boys and a girl, while capturing Mexican landscapes of an area they both love, for the enjoyment of future generations.

When you speak with Enrique Velazquez he conveys a warmth and candor that are genuine. It extends to his work; when you look at a Velazquez landscape, you are part of it, invited to enjoy it from within; there is no boundary either culturally or visually that excludes you from the enjoyment, no message designed to separate or instruct, just an invitation to share an instant which moved the artist, and was captured for no other purpose.

When I asked him at what age did he know he wanted to become an artist, Enrique replied without hesitation, “Since I could think about it.” He remembers in primary school being asked to submit a drawing and supplying four instead! He has drawn continuously since. Encouragement came from many sources, people who saw in his burgeoning talent the promise of the artist yet unrevealed.

This and his basic desire propelled him to study Fine Arts at the University of Guadalajara, developing the technique and skills, which would enable him to succeed as a working artist. He was fortunate enough to have some exceptional teachers, among them, Alfonso de Lara Gallardo, Jesus Mata and Thomas Coffeen, each distinguished and well-known in Jalisco. Under their tutelage, his gift for depiction, and capturing feelings with his images, was greatly enhanced.

Velazquez works principally in watercolors, sometimes acrylics, and also does pen & ink drawings. He tries to paint everyday, although the pressures of running a business and raising children sometimes keep him from his art. He finds inspiration in the landscapes, the countryside surrounding the lake, in the streets of the pueblo, and the character of the Mexican people, particularly the elderly. He prefers to create where the scene presents itself, but sometimes relies on photographs and private vision to fill out a painting.

Once, while simultaneously finishing two floral works, he started a third with the paint left over on the palette, so as not to waste it. The image, which sprang entirely from his mind’s eye, was of an old man in serape, seated on the street. He remembers that it was completed in 45 minutes, and was the first painting to be sold at an early exhibition of his works in San Antonio. You never know where inspiration will come from, but the transformation must first take place inside the artist, and the resulting product is recognizably and powerfully, Velazquez.

It was difficult to make a living as a working artist in Guadalajara and Enrique moved to Lakeside in part for the ambiance, the picturesque views, but also the growing popularity of his work with members of the foreign community. He opened his first gallery in 1993, three blocks from its current location, which he and Belva purchased in 1995.

Together, they have also received local and international attention for a calendar, which they have produced for the past 8 years entitled, “Mi Viejo Mexico.” They are extremely attractive bilingual calendars featuring works in watercolor and pen & ink, and have become something of a collector’s item here and abroad. If for nothing else than to check out this year’s offering and meet the talented pair, we urge you to visit their Arte Estudio in Ajijic, and see why this community is proud of its designation as an artist’s colony.

Cantinflas, the castillo and ponche in the plaza 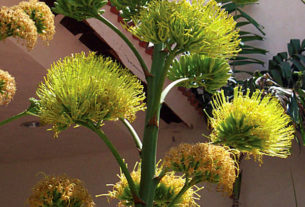