On Saturday, June 3rd, residents of Lakeside, schools, and visitors from Guadalajara, came together in a showing of support for Lake Chapala in the first annual, Hands Around the Lake event, which happened simultaneously in nearly 40 locations along its shores. For a first effort it showed promise, and underlined that Lake Chapala needs much more than a hug, but it’s a good place to start.

The idea for the event came into being a year ago and El Comite del Abrazo del Lago started planning, organizing the projected events in 16 communities surrounding Lake Chapala. They approached schools, youth groups, wanting to make awareness and education a part of their mandate; it’s essential that upcoming generations understand how care for the environment is a serious and worthy responsibility. Letting them share in a healthy outpouring of action and hope is a positive way to reinforce this lesson, and Hands Around the Lake provided that and more.

Involvement included cleaning up the shoreline of some of the trash that collects when we don’t respect the environment. Volunteers with trash bags combed the beaches, removing the signs of neglect that are an eyesore to people who live here. Participants got to experience the visual impact of their cleanup and realize that with a concerted effort, change can be meaningful.

Also, reforestation projects were mounted in some locations; trees were planted to offset moisture loss and soil erosion that results from man’s intrusion into nature. An ecosystem is thrown into imbalance when variables that keep it stable are upset. Understanding the relationship between elements is important to helping maintain a healthy environment. Volunteers with their hands in the dirt got to appreciate this in a direct way, and the result of their labors will continue to do good in the future. Instead of being defeated and over-whelmed by the bigger picture, getting down on your knees and making a difference is what Hands Around the Lake was helping promote.

Different events were scheduled in each of the areas. Some included live music, dances, mini-parades with school children carrying banners, singing and boisterously voicing their concern for the state of their patrimony. These children will inherit the repercussions of our actions on the environment, but hopefully not our shortsightedness; expedience is no longer an excuse for turning a blind eye. We have managed, in less than a century, to negatively impact Mexico’s largest body of fresh water, which has been in existence here for roughly 2 million years. Let’s hope it takes less than a century to reverse.

The culmination of the event was a joining of hands at the lakeshore, which took place in all locations at 5pm. Forming a line that stretched along the water, people joined hands in a show of commitment, offering prayers for the speedy recovery of the Lake. Lifting their joined hands above their heads, it was heartening to hear a unified shout go up from the crowd. Children and adults were equally moved; sometimes there were songs, sometimes tears, but wherever people gathered in the sunshine that Saturday, they banded together for a moment of solidarity and focus.

El Comite del Abrazo del Lago is already looking to make next year’s event even bigger. The momentum they picked up and the experience will ensure that this event will continue on a yearly basis, until the Lake is out of danger. The media from Guadalajara was out in force, both television crews and journalists, giving much needed exposure to the plight of Lake Chapala. The event also received an award of merit from the University of Guadalajara to mark the June 5, World Environment Day, in recognition of their efforts in the area of preservation.

Congratulations to everyone who participated and made the event possible.

Homer and the Aztec muse in Mexican literature 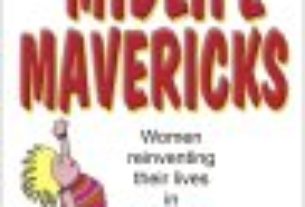