The interview with Ricardo Gonzalez was one of the most interesting I have done yet. On the surface he appears to be a simple workingman, but after speaking to him, you realize that behind the facade of simplicity, there is a strong mind at work.

We began the interview with the subject painting. He says that he began painting in the same way that every other painter in this area did; the classes that Neill James sponsored.

“That’s how we all started, no matter what they say. Sure, some of us were able to continue studies and are now better, but we all started out in the same way at the same place.”

Ricardo also attended the University of Guadalajara to study plastic arts, but was unable to continue in his studies.

He goes on to tell me a little about his life: “I was born here in Ajijic, I married Isabel and we are raising our two beautiful daughters, Karla and Alejandra. Four siblings and my mother still live here in Ajijic. Despite the many things working against us, on the whole we are successful. We have all done something with our lives and are happy.”

When I asked him what had inspired him to represent the lake the way he did, he answered me slowly, “I’m not sure how to explain it. I wanted people to see the big picture, to realize that what happens here at this lake, in this little town, affects everything. I wanted people to become conscious of what is truly happening here.” He explains the mural as follows:

“The woman is the Aztec goddess of beauty, and she is naked and chained, because that is how we are, with our hands tied because everyone except those who care are allowed to decide what happens to the Lake. I decided that a woman was the best representation, because, in spite of the women’s movement and liberation, women are still told to see nothing, hear nothing and to speak only when spoken to. She is asking to be freed, so she may live in peace as nature meant her to. The mountain behind her is the largest of this area, the Cerro de Garcia. In the clouds are the fish, birds and people that are leaving because they can no longer live here. At the bottom is the leech, sucking all the water out of the Lake. That is what I feel Guadalajara is doing.”

Ricardo is also very active in marathon running. He organizes the race held annually here in Ajijic called Solo Para Salvajes or Only For Savages.

“It is not a difficult race, but we still seem a little crazy running around on mountain tops. The whole Ajijic club of runners participates; the man that won this and last year’s races, also won the world championship in Italy last summer. I came in 3rd place for my category. We did well.”

A couple of weeks ago Ricardo and the others in the club participated in a different type of race, one making a statement about the lake.

“We took a jug of water from the lake and put it in another, special one that was hooked to a cart. The respective municipal presidents organized it for the closing of the National Water Week. Then we ran relief all the way to Plaza Libertad in Guadalajara and poured the water in to a fountain there. A drop of water for each drop of sweat. We did this so they will realize what is happening. What will they do when the lake dries up? It affects them as much as us. This isn’t about politics, it isn’t about fighting; it’s about survival. The survival of our Lake.” 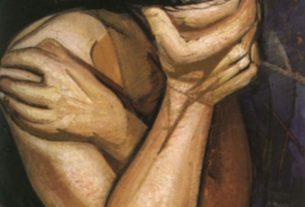