As part of the 16th century culinary fusion that resulted in Mexican cuisine, the Spaniards brought spices to the New World, along with olives and olive oil, almonds, grapes, dairy and wool-bearing animals, rice, wheat and citrus fruit. These spices, including cinnamon, cloves, anise, cumin and saffron, joined pre-Hispanic herbs and chiles to create the sophisticated, multi-layered flavors that are the hallmarks of fine Mexican food.

A legacy of Spain’s own invasion by the Moors, the use of spices became an integral part of Mexican cooking, and today the spice section of any mercado is a wonderland of enticing aromas. Neatly arranged jars and burlap sacks of whole spices beckon the shopper to stop, sniff and buy. Although New World cooks did without them for centuries, spices have become part of the Mexican culinary landscape, and it is difficult to imagine a market, or menu, without them. Norteño enchilada sauce without cumin? Buñuelo syrup without anise? Mexican chocolate without cinnamon? The last is nearly impossible to imagine, because the marriage between cinnamon and the native chocolate was made in culinary heaven.

As Mexican cooks eagerly took to creating chocolate blends with cinnamon, achieving the flavor of what has come to be known as “Mexican chocolate,” they began adding this spice to many other dishes using both Old and New World ingredients, including mole poblano and other post-Conquest creations. So important did cinnamon become in Mexican cooking that today Mexico is the world’s largest importer of Ceylon (Sri Lankan) cinnamon ( Cinnamomum zeylanicam), also known as “true cinnamon.” It is nearly impossible to pick up a cookbook by any of the prominent Mexican chefs who write for non-Mexican readers without finding an explanation of the difference between true cinnamon and cassia ( Cinnamomum cassia). However, one look at true cinnamon is enough to recognize the difference.

Towering above the other spices at that market stall are the long, fragrant sticks (called “quills”) of true cinnamon. Lighter in color than the cassia sold labeled as cinnamon in the US, true cinnamon looks exactly like what it is, the bark of a tree, rather than something that has been molded to a uniform shape and cut to fit in a small jar. Cinnamon and cassia are indeed close in flavor and aroma, but not so alike as to be indistinguishable from one another; true cinnamon has a sweeter, more delicate flavor than cassia. However, in 1937 the US Food and Drug Administration decided that the two were close enough that cassia could be labeled as cinnamon, and it is cassia that is largely sold to US consumers.

Both spices are in the lauraceae family, which also includes bay laurel and avocado trees, and both are part of the long and intriguing history of spices. Cinnamon, and perhaps cassia as well, was used ritually by the Egyptians and the Hebrews several thousand years ago. (Some historians claim that references to cinnamon date as far back as 7,000 years.) The Egyptians used it in embalming and Moses is said to have used cinnamon oil to anoint the Ark of the Covenant. (The English word cinnamon comes from the Hebrew quinnamon.) The Romans used it in perfume and as funerary incense, the emperor Nero having been so devastated at his wife’s death that he burned a year’s supply of cinnamon at her funeral, much to the dismay of his fellow Romans, to whom it was a precious commodity.

A specialty of Oaxaca, this chicken and almond sauce is twice flavored with cinnamon: once in the fragrant broth and again in the ground ingredients that make the mole.

During the autumn months, sweet potatoes are sold ready-cooked in Mexico’s markets. They come in a variety of colors, including white, yellow and purple. True yams ( Dioscorea bulbifera), the tubers of a tropical vine, are found more frequently in southern Mexico, where they are typically prepared as a sweet. Either sweet potatoes or yams can be used in this recipe. 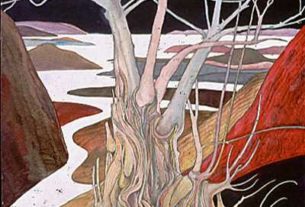