I have had a vacation home in Acapulco since 1991, and love the city. There are many unknown opportunities there, and some pitfalls to avoid. There are things you can assume, and things you should not assume.

Cancun was created about thirty years ago as a tourist magnet on an isolated coast of Mexico. Acapulco is a real city with over a million inhabitants and 400 years of history. Once you go beyond a couple of blocks from the coastal highway (the Costera) you are in a big Mexican city. Cancun is set up to entertain (and perhaps exploit) the airborn tourist; Acapulco is that too, but so much more.

YOU CAN EXPECT A DIVERSE ARRAY
OF PLACES TO STAY

Along the Costera is the intense experience of the ultimate tourist Mecca: restaurants and discos that don’t stop till daylight. East of the Bay, around Puerto Marquez or Revolcadero are the modern all-in-one resorts which are pricey and exclusive. West of the Bay is Pie de la Cuesta, a quiet village on a strip of land between the ocean and a fresh water lagoon (great for kids or honeymoons) if you can get along without instant access to the big city.

YOU CAN JUST SHOW UP AND GET CHEAP LODGING

Unlike Cancun, Acapulco has hotel rooms of every price range. Hotel occupancy rates rarely exceed 95%. Except for the week after Christmas or the week before Easter, you can just tell the taxi which part of the city to go to and then shop for a hotel on foot. For the cheapest (with air conditioning and private bath) go downtown (the Zocalo) and look at the places a block or so west. For the Costera strip, look at the places on the other side of the coastal highway.

YOU CAN BUY MOST OF WHAT YOU NEED THERE

There is a WalMart on the Costera, even a Sam’s Club about a block up from the Costera. Also on the Costera there are other large stores (Gigante, Bodega, Comercial) where you can buy everything from beachware to picnic supplies, to groceries for your kitchenette, to sporting goods, to small appliances (fans, microwaves), to Cuban rum.

YOU CAN EXPECT REASONABLE PRICES

Although there are expensive places in Acapulco, do not think of all prices as being inflated there. Most of the big stores have to keep their prices in line with WalMart.

On most items you will not pay more in Acapulco than you will in other parts of Mexico. Even after you convert to pesos and liters / kilograms, you will find yourself paying within 20% of what you pay in the U.S. What you will pay street vendors and taxis will be determined by your negotiating skills.

YOU CAN EXPECT CONVENIENT PAYMENT

You don’t need a wad of dollars or traveler’s checks. Most hotels and restaurants take U.S. credit cards (and the exchange rates are good). There are banks all along the Costera, each with an outside ATM (known as a “cajero automatico”).

Your U.S. ATM card will give you pesos, and deduct dollars from your U.S. account (at a favorable exchange rate, and without a fee imposed by the Mexican bank).

YOU CANNOT EXPECT QUICK SERVICE INSIDE OF A BANK

If you have to exchange a traveler’s check, or need some other bank service which cannot be transacted with an ATM, you may have a longer wait than you are used to from your U.S. bank. You may be sent around to several windows and have to get an authorization from someone behind a desk, and you can expect a line at each of these. Fridays and Mondays are particularly crowded, and banks are usually closed weekends.

YOU CAN EXPECT INTERNET SERVICE

Although most hotels are not yet internet ready, you can log on at a cyber cafe. They are all around town. The most convenient may be the one in Gran Plaza Acapulco, and that is probably the most expensive, about a peso a minute.

YOU CAN EXPECT TO SEE SOME REAL FISHERMEN

If you get up early enough, go to any beach and you will see them pulling in their nets with the catch of the day. You can vicariously enjoy the pleasure of the scrawny cats going after the small fish falling through the nets.

YOU CAN EXPECT WARM WEATHER

All year around, expect a high of 90 degrees, and a low of 70 degrees.

YOU CAN EXPECT WARM WATER

The mean water temperature is 84 degrees in most of the bays and lagoons. It is a little cooler around Easter. Some of the areas are still a little dirty by U.S. standards, but cleaner than they were ten years ago.

YOU CAN EXPECT DRY WEATHER FROM OCTOBER TO APRIL

Rain is rare during this “winter” season.

YOU CANNOT EXPECT FAIR WEATHER IN THE SUMMER

Between April and October is the rainy season. It may be fair in the morning, but most afternoons and evening have a heavy rain, perhaps with thunder and lightning. Each season there are tropical storms which may last over 24 hours. The Acapulquenos expect a hurricane every other year or so.

Many of the higher end hotels have chlorinated water, as do some of the better restaurants, but I prefer to err on the side of caution. I don’t eat anything I cannot boil, fry, bake or peel. So, no salads for me in Acapulco. I don’t drink anything that is not boiled or carbonated, and I hold the ice (unless I make it myself out of boiled water).

YOU CAN EXPECT GOOD HEALTHCARE

There are private practice physicians all over the city, mostly competent, many fluent in English, and reasonably priced. There are major hospitals (e.g., IMSS) and even a medical school). There are also pharmacies all over, and many pharmacists are quite knowledgeable.

YOU CAN EXPECT GOOD ATTENTION FROM
CONSUMER PROTECTION AGENCIES

If you have a “denuncia” (denounciation – a claim or complaint) against a hotel or restaurant, there is a government agency which will come to your aid. They will be more than fair to you. They are located on the Costera. Just ask the taxi for “Agencia para Proteger el Turista” or call Policia Turistica at 480-0210.

YOU CAN EXPECT GREAT BUS SERVICE

Several busses go up and down the Costera (such as the Caleta – Base route). Never run after a bus, another is right behind it. Going east to the airport is a bit tricky but going west to Pie de la Cuesta is easy on the bus (sit on the left side going there to see the coasts and cliffs). Most busses are about three pesos, and they give change.

YOU CAN BARGAIN WITH TAXIS

Tell the taxi where you want to go. Ask the price (¿”cuanto”?) and then give a price no more than half that amount. If he shakes his head and drives off, try a little bit higher with the next one. There is always another taxi.

YOU CANNOT EXPECT TO DRIVE YOURSELF

The worst thing you can do in Acapulco is rent a car. It is unecessary, given the great bus and taxi service. It is guaranteed to get you lost. The streets change direction and even their names every few blocks, and do not follow a north-south, east-west grid with 90 degree angles. When I drive to Acapulco, I leave my car in the garage and just use public transportation around town.

Come to Acapulco, take the bus around town, find some comfortable beaches, relax, and you will bump into enough exciting things to do. Don’t overplan, don’t over- schedule. You won’t see everything. You can always see the cliff divers or the flying Indians on TV. The goal here is not to check off a list of things to do, but to enjoy a paradise in which you don’t need a list of things to do. 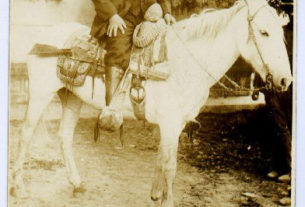