Perhaps the quintessential symbol of autumn, the pumpkin is a Mexican native and an ancient staple food. The oldest pumpkin seed found dates back as far as 7000 BC, according to archeologists excavating a tomb in central Mexico. Botanically classified as a fruit rather than a vegetable, the pumpkin has been cultivated in the Tehuacan and Oaxaca valleys and in Tamaulipas since 6000-5000 BC.

For centuries, this member of the Curcurbitaceae family, a relative of cucumbers, melons, and many types of squash and gourds, has been used as both a ritual offering and food. The Aztecs, whose month of Miccailhuitontli, meaning “little feast of the dead”, was the forerunner of Dia de los Muertos, used pumpkin throughout the year and prized it especially for its seeds, as did other Mesoamerican indigenous groups, including the Maya, who used the seeds and their oil in sauces and baked whole pumpkins in pit ovens called pibs. The shells were carved into fine drinking vessels called xicallis, which gave us the modern Spanish word jícara, or cup. Even today, Mexican cuisine relies on pumpkin seeds for some of its finest regional dishes, while the pulp is prepared at this time of year as calabaza en tacha, a Day of the Dead delicacy whose preparation begins in late October.

The curcurbitaceae are divided into four subspecies, one of which, the Mexican native Curcurbita pepo, includes pumpkins, ornamental squash, acorn squash and summer squash, also known as vegetable marrow. (Another subspecies, curcurbita ovifera, which includes the scallop, crookneck and straight neck squash, originated in the eastern US and was most likely the squash the Pilgrims encountered.)

According to the Oregon State University department of horticulture, it is useless to try to distinguish between pumpkins and squash in terms of species relationship, since they are all fruit of the curcurbita genus, the difference being in whether they are harvested as immature fruit – summer squash – or mature fruit – winter squash or pumpkin. All curcurbita plants have both male and female flowers and must be cross-pollinated. Peponapsis and xenoglossa gourd bees are far more effective pollinators of pumpkin flowers than honeybees.

Once the Spaniards brought curcurbita to Europe and Asia, where it was welcomed as a nutritious and economical food, it became part of the cuisine of many countries. By the 18th century, the Italians had developed a fingerling curcurbita they called zucchini, nearly identical to the Mexican calabacita, a smaller relative of the pumpkin. In Austria, culinary use of pumpkin seed oil has led to its being produced on a grand scale in the last century. Today Mexico grows enough pumpkin for its own consumption and also exports it to Japan.

Mexican pumpkins are dark green and yellow in the southern part of the country and more orange-colored in the north. Although pumpkins are widely associated with the color orange, they can also be white, pink, yellow, red and green. They range in size from 9 – 500 pounds, with the average large pumpkin weighing in at 50 pounds. They are rich in vitamins A and C, as well as potassium and dietary fiber. The pulp is sodium, fat and cholesterol free and only 50 calories a cup. While the pulp contains 3% protein, the seeds provide a whopping 35% and are also high in unsaturated fatty acids, probably accounting for the Aztec and Maya appreciation of their food value. The Mayan dish papadzules, made with pumpkin seeds and meaning “food for noblemen” is still a favorite in Yucatecan restaurants.

With their white hulls removed, pumpkin seeds, called pepitas, are green kernels, with a delicious flavor that is intensified by popping and salting. When toasting on the comal, raw pepitas tend to pop rather far, making it advisable to stand at arms’ length from the stove. Care must be taken to avoid burning, since this gives them an undesirable bitter taste. A good rule of thumb is to remove them from the heat when most have “plumped out”, much like popcorn expands. Most Mexican recipes calling for pumpkin seeds use the toasted, ground green kernels. In central Mexico they can be bought already ground, and in all parts of the country they are sold in many forms – hulled and unhulled, raw or roasted, salted or unsalted. Outside Mexico, they may be found in health food stores, Mexican markets and large supermarkets. The raw seeds without hulls used in many Mexican recipes may also be ordered online.

The raw seeds should be kept in an airtight container in the refrigerator or freezer. When buying a cooking pumpkin, look for a smaller one with a hard, thick shell. A pumpkin that is heavy for its size will yield more pulp and flavor. Whole pumpkins can be stored in a dark, well ventilated place for several months. Cut pieces can be kept in the refrigerator for up to four days, wrapped in plastic wrap.

Whether celebrating Halloween, Day of the Dead or both, pumpkins play an important part in the festivities, and the following recipes make delicious additions to these holidays. 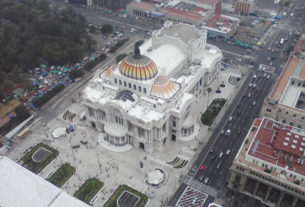