As discussed in last month’s column, wild game played an important culinary role in pre-Hispanic Mexico. Although the Aztecs, Maya and other Mesoamerican people relied on corn as the staple food, along with a wide variety of fruit and vegetables, the carbohydrate-rich diet was supplemented by animal protein. The Aztecs had only five domesticated animals, the turkey, the duck, the dog, the bee and the cochineal insect (the last being a source of dye, rather than food) and variety was provided by several species of edible game, including deer, peccary, rabbit, armadillo and possum, among others.

That wild game continued to flourish in Mexico at least during the post-Conquest period is proven in a description of a hunt held by the Spanish Viceroy, Mendoza, in Central Mexico in 1540, which states that thousands of animals, of many different kinds, were caught. Although population growth and expansion of urban areas has greatly reduced the numbers of wild game, hunting is still done on a limited basis, and at least one of the animals hunted in pre-Hispanic times has been domesticated.

The rabbit, still hunted but more often raised domestically, is popular in Central Mexico, where it is most often eaten adobado – marinated in a chile and spice rub – or estofado – stewed. The latter is a more suitable way of cooking larger rabbit, from three-and-a-half to four pounds. Smaller ones generally run from one-and-a-half to two pounds and can be prepared using shorter cooking methods such as frying or grilling. In either case, even domestically raised rabbit benefits a great deal from being marinated first.

Wild rabbits, such as the three types of Mexican cottontail ( Silvilagus cunicularius) known as the Omilteme, the Tres Marias, and the San Jose, are found in the Pacific coastal states that range from Sinaloa in the north to Oaxaca in the south. The white-sided jackrabbit, which is actually a hare (genus Lepus) is called liebre blanca – white hare – in Mexico, where it is found from the northern border to the state of Jalisco.

Whether wild or domesticated, rabbit is found on menus in nearly all the cabañas – cabin-style restaurants – that line the Mexico-Toluca highway. The most common offerings are conejo al ajillo – rabbit cooked with garlic and chiles, fried rabbit- prepared like fried chicken – and the aforementioned adobo. This part of Mexico adheres to many pre-Hispanic culinary traditions, as does Oaxaca, where a stewed dish called segueza is made from rabbit and corn in the Central Valley region.

Unlike the rabbit, deer is becoming less available in Mexico, but it also has an ancient gastronomic history here, particularly in Sonora, where it was a sacred food of the Mayo-Yaquis, just as it was for the Huichols of Nayarit and Jalisco, and the Tarahumara of Chihuahua. (The deer represents the spirit of good in the Sonoran Dance of the Deer that is still performed, with the “evil” coyote dancers accompanied by string instruments of European origin and the “good” deer dancer accompanied by indigenous drums and reed flutes.)

In the Yucatan, venison had ritual as well as culinary significance, since it was often prepared as an offering to the gods, usually in the form of chacmole, described by Landa as a venison stew in a sauce of achiote, chile and tomato. Maya hunters ate a ceremonial dish of the organ meats of a deer cooked in corn gruel. Today, salpicon de venado, a kind of cold venison salad, is eaten on the feast day of the Virgin of Guadalupe (December 12) especially in Acanceh, whose name means “cry of the deer.”

Both the Spanish word venado and the English word venison are derived from the Latin venari, to hunt, which gives an indication of the deer as a symbol of hunting in different cultures. The wider availability of venison north of the border gives northern cooks the opportunity to try deer recipes that are served on special feast days, or in restaurants specializing in pre-Hispanic food, in Mexico.

Given the pre-Conquest Mesoamerican aversion to fat, it is not hard to understand why both rabbit and deer were valued as protein sources. Rabbit has more protein and less fat than either chicken or turkey, and 63% of its fatty acids are unsaturated. For the calorie conscious, the good news is that rabbit has only 795 calories per pound (as opposed to a whopping 2,050 in pork.) Venison is also a very low-fat protein choice, with one-third the calories of beef and less cholesterol than skinless chicken breast.

An interest in authentic, traditional Mexican cuisine, healthy eating, or both, may inspire the home cook to try one or more of the following rabbit and venison recipes. 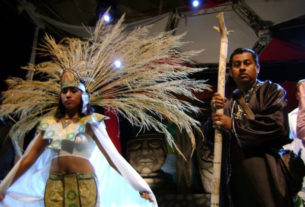 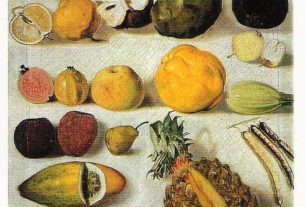 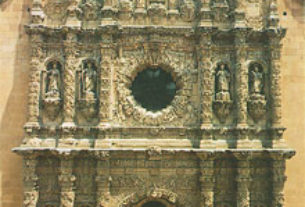 How do you say someone is going blind in Spanish?