The term “comfort food” — the kind we all crave in the winter, when a bowl of something warm and satisfying is somehow more appealing than the salads of summer — is not usually considered in terms of being particularly healthy. But many of the Mexican guisados, those Mexican stews that are so welcome when temperatures drop, use very little meat and rely on vegetables and seasonings to achieve their deep, rich flavor. This makes them not only economical, but relatively low in fat, and good nutritional choices.

In Northern and Central Mexico, these dishes are wintertime fixtures, and thrifty cooks often use meat for its flavor, rather than as a principal ingredient. My comadre, of whom I’ve written before, quite often manages to feed her family of sixteen on guisados that are made with more vegetables than anything else. These are always tasty meals, and she has taught me to prepare some of them.

The key to this is the Mexican technique of cooking the meat, whether beef, pork or poultry, first, and then using the rich broth as the base of the stew. This is different from the way stews are prepared elsewhere, by cooking all ingredients together. And when it comes to meat, especially beef, many of the tougher, less expensive cuts benefit from this long cooking, extracting every bit of flavor.

Items as humble as beef and pork neck bones, pork hocks and beef retazo, meaning remnants and bones, as well as chicken backs, necks and wings, are some of the items that I’ve frequently noticed being requested at the Cholula market. And somehow you just know that the woman standing next to you at the meat or chicken counter, with a bag of vegetables and fresh herbs, is going to turn those modest ingredients into something delicious.

Another important aspect of this type of meal preparation is the seasoning. Herbs and spices are both fat free and nearly non-caloric, but add so much to the character of a dish. And when it comes to using chiles, Mexican stews do not have to be four-alarm fires in terms of heat. Chiles can add layers of flavor without being overused. Several varieties of dried red chiles in particular can give a dish a beautiful depth of taste and color without overwhelming the other ingredients. Anchos, guajillos, pasillas and cascabels are some of the milder ones that can help create great flavor with very little effort.

Freshness of ingredients is another factor here, especially since most of the ingredients are vegetables. These are nothing more exotic than onions, carrots, squash, corn, green beans and tomatoes. In other words, all of them are readily available year round, including winter. If tomatoes are not in season where you live, use canned or boxed tomatoes, which are actually higher in the cancer-fighting antioxidant lycopene than fresh ones. Look for labeling that states “no salt added” if sodium is an issue.

There is very little oil in these stews, and canola oil, which contains just one gram of saturated fat per tablespoon, is my own preference, although any neutral flavored vegetable oil is fine. These are not dishes where oil has been substituted for lard, because they are not usually made with lard to begin with. In many Mexican recipes, nothing else is an authentic flavor substitute for lard, but not in these stews. And some versions use no oil at all.

Legumes are another healthy ingredient, and garbanzos in particular are often found in Mexican stews. Like most other legumes, they are high in fiber and low in cholesterol. I cook dried garbanzos in the pressure cooker, but if not cooking them from scratch, the ones that come in a jar are preferable to the canned garbanzos. Whether canned or in jars, rinse off the liquid in which they are packed.

Probably the most famous of these meat broth and vegetable stews is mole de olla. This is not a mole like the elaborate chocolate-laced versions such as mole poblano and the black mole of Oaxaca. Rather, it is a simple, nourishing comfort food, home cooking with possibly as many variations as there are family cooks. I’ve seen recipes for it made with beef, pork and even chicken, depending upon availability and pocketbook. Below is a mole de olla that can be made with beef or pork, along with a typical Northern Mexican stew from Sonora. All of these can be tweaked according to taste and what’s on hand, and the ratio of meat to vegetables makes for truly healthy comfort food. 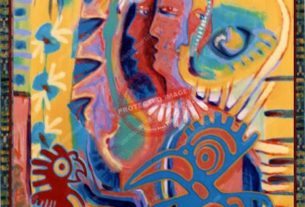