Just as corn was called “the gift of the gods” in ancient Mesoamerica, the same phrase was used for rice in what is now Southeast Asia. In several Asian languages, the word for rice and food is the same, and rice was part of the creation myth of many Asian cultures, as corn was in Mesoamerican creation tales. The story of how rice came to be an important part of nearly every Mexican diet (and, in many cases, of every Mexican main meal) is a long and interesting history, spanning continents and millennia.

Early plant forms of the oryza (rice) family appeared on the earth millions of years ago as a wild grass, and cultivation of the grain began in Southeast Asia and southwestern China between 4,000 and 6,000 years ago. Rice cultivation requires a warm, moist climate such as that found in the monsoon zones of Asia, where it became a staple crop.

From 344-324 BC, members of Alexander the Great’s returning expedition from India brought rice from the subcontinent to Greece and Sicily, thus making the first leg of rice’s journey around the world. Soon after its introduction to Sicily, rice was brought to North Africa, where it quickly became an integral part of the diet.

The Moors of North Africa brought rice, along with several linguistic and architectural contributions, to Spain during the period of time between the fourth century BC and the tenth century AD. They taught the inhabitants of the Iberian Peninsula the irrigation techniques necessary to grow rice, as well as giving them their name for it, the modern Spanish arroz being a form of the Arabic ar-ruzz. Rice grew well in the Valencia region of Spain, the birthplace of the classic Spanish paella, a dish that the Spaniards would prepare in the New World and which would be the basis for countless variations enjoyed throughout Latin America.

The Spaniards first brought rice to Mexico through the port of Veracruz, an area where the warm, moist climate would prove to be ideal for its cultivation, in the 1520’s, over a century before slave ships from Madagascar would introduce rice to the Carolinas. (Spaniards later brought their rice dishes to the Philippines via Mexico’s Pacific coast, thus completing the grain’s journey around the world.)

The introduction of European elements to the Mexican diet by the Spanish colonial settlers was a landmark occurrence in the culinary history of the world and a fine example of the earliest fusion cooking. Spanish ingredients were successfully combined with those of the New World to create modern Mexican cuisine, an important part of which is rice. New World tomatoes were commonly used to replace expensive Spanish saffron in everyday rice dishes, and in each region of Mexico rice was prepared along with the most abundant indigenous ingredients. Arroz a la tumbada, combining rice with seafood, became a signature dish of Veracruz and surrounding Gulf coast states, while in Michoacan, where the pork introduced by the Spaniards took a strong hold on the local diet, morisqueta con chorizo became a typical regional dish. However, none of this gastronomic creativity would have been possible without Mexico’s weather patterns.

Mexico’s rainy season follows a monsoon pattern, with the summer rains moving from southeast to northwest and back again. This makes two yearly rice crops possible in the southeastern state of Campeche, which borders on Veracruz, where rice is a summer crop. These two states account for over half of the rice produced in Mexico in recent years, yielding an average of 3.5-5.5 tons per hectare. Despite the Gulf coast yield, as well as that of Colima, Michoacán and Nyarit, Mexico must import 60% of its rice consumption, mostly from the United States.

Imported rough rice is milled and packaged in Mexico, most of it sold as polished white rice. Mexicans differentiate between long-grain, called “sinaloa” type rice, and short grain, called “morelos” type rice. The majority of the rice dishes prepared by Mexican cooks use short grain rice.

A rice dish is an important part of most Mexican main meals, usually comprising the sopa seca, or “dry soup” course, the occasional alternative being some type of pasta. It is also added to some sopas aguadas, “wet soups”, such as the hearty caldo de indianilla, a regional dish of the central Valley of Mexico. Rice appears in the dessert course in the form of arroz con leche, the Mexican version of rice pudding, and in the refreshing horchata beverage made with suero de arroz, “rice liquid.” In most Mexican rice recipes, the rice is sautéed first and the other ingredients and liquid added later. (An exception to this is the morisqueta of Michoacáán.

The following recipes represent some of the regional cuisines of Mexico, where rice is enjoyed in different forms nearly every day. 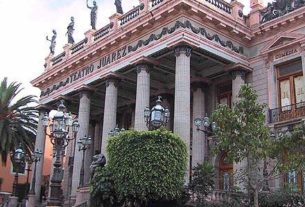 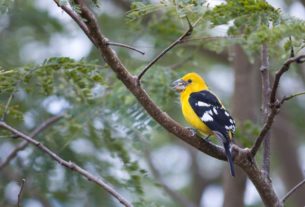 Did You Know? Mexico tried to prevent Americans from migrating to Texas