The northern states of Mexico are heavily influenced by weather systems that descend from the north. Low pressure areas that sweep from west to east through Southern California and Texas cause occasional stiff northerly winds to blow the length of the Gulf of California, affecting Baja California, Sinora, and Sinaloa beaches as far south as East Cape (near the tip) and Mazatlan.

Southern Mexican climate should be divided into two regions: Atlantic and Pacific. The southern Atlantic and Caribbean areas (including the Yucatan peninsula) are heavily influenced by periodic weather fronts that race southward from the US. Occasional bouts of cool rain lash the Gulf of Mexico coast. Winds are predominately from north and east.

It is not uncommon to find 80-degree days in Cancun suddenly replaced by 60-degree overcast in February and March (but just a few miles inland, temperatures remain in the high 70’s). On the Southern Pacific coast, prevailing winds are from the west, which ensure consistently warm (and moderately humid) winter weather. The exception to this is the narrow Isthmus of Tehuantepec where fierce northerly winds carry hot moist air southward from the Gulf of Mexico. The highland area, including the popular destination of San Cristobal de las Casas, is much cooler and less humid than the lowland areas (Palenque) on a similar latitude.

Dominant high pressure areas over much of the United States will block weather fronts from the north. Much of northern Mexico’s summer weather arrives from the south and east, and the majority of southern Mexico’s summer moisture originates deep within the interior of the African continent. West summer zonal flow from the African continent influences a huge geographical area, because much of the summer wind in Mexico prevails from the south (and east). It is typical to find pulses (at six day intervals) of tropical moisture that are expelled westward. The zonal flow carries the mass of hot moist air across the Atlantic.

Upon reaching Mexico’s East Coast, some of the air tries to lift itself over coastal mountain ranges, and upon reaching cooler air aloft, precipitates into rain (much like what happens when moist air encounters the cold evaporative coils of an air conditioner). The quantity of moist hot air arriving from the east is enormous. Much of Central America falls under the influence of migrating African air. The Isthmus of Tehuantepec, the so-called neck of land adjacent to the Yucatan peninsula, is in fact almost flat. As such, African moisture races across the isthmus and reforms in the Pacific Ocean. Southerly winds on the Pacific side carry the moisture northward, which can influence humidity and rainfall as far north as San Diego and Tucson (or spawn an occasional hurricane).

Hurricane moisture is carried westward across the Atlantic form the West Coast of Africa, June through October. The principal direction of a North American hurricane is westward. Atmospheric influences cause many storms to curl to the north and then eventually turn again to the east (Clockwise path). A complex confluence of weather phenomena is necessary in order to spawn a hurricane. (A crystal ball is a vital piece of hurricane prognostication equipment). The entire East Coast of Mexico is subject to an occasional hurricane while the Yucatan peninsula seems to have the dubious distinction of being the bull’s eye for monster storms. Moisture that carries itself across the Isthmus of Tehuantepec, often reforms into organized Pacific storms. Many of these develop into full-fledged hurricanes. Early season Pacific hurricanes tend to head west into the open ocean. As the season progresses from early June through September and October more and more hurricanes are steered northward paralleling the Pacific Coast.

Many northbound Pacific hurricanes unexpectedly veer inland (to the east) causing widespread flooding and wind damage from Guererro north to Sonora. Once in several score of years small but intense hurricanes enter the Gulf of California causing considerable damage to coastal settlements. In the Pacific Ocean north of latitude 28 a current of cold water acts as a barrier to hurricanes. To further muddy the climatalogical waters, meteorologists are now promoting the idea that the El Nino phenomenon has a direct influence on the number and severity of hurricanes. When the El Nino is in full bloom it is thought that the number of hurricanes spawned in the Pacific Ocean will rise dramatically (with a corresponding decrease of hurricanes in the Atlantic and Caribbean!). La Nina years are supposed to cause the opposite effect. Hurricanes push a bubble of very warm air ahead of them. The intense low-pressure eye of the storm draws very cool air from high aloft and often leaves a short-lived but very pronounced “trail of cool air” in its wake. 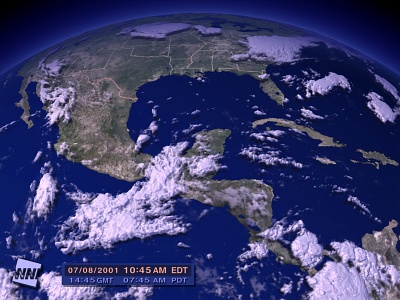 One blazing Baja afternoon, I was sitting inside a palapa restaurant, directly in the airflow of a circulating air fan. The temperature was well over 100 degrees and the humidity was hovering around seventy-five percent. I was trying to work up enough courage to trudge a mile and a half to the beach, when suddenly a middle-aged couple breezed through the doorway. They were attired in crisp tennis whites, and seemingly stepped right out of an advertisement for a Rocky Mountain beer. “Nice day, isn’t it?” the man tipped his hat in my direction. “Sure is” I grumbled. “Nice, that is, if you like Turkish steam baths.” The woman guffawed, clapped her hands together and drawled: “Hell, honey, if ya’all want hot, why don’t ya’all come to Heew-ston?”

It’s fun to play “Latitude” when camping on a crowded beach. The game is simple – note “who leaves when” as Spring approaches and passes. Visitors from the “high latitudes” (50’s and 60’s from Canada) depart in mid-to-late March. Folks from the 40’s usually stay until early April. The hearty ’30’s’ remain through May, while Texans and Floridians (20’s) are just plain nuts – they thrive in temperatures that would melt a Bedouin goat herder.

The amount of moisture in the air has a tremendous effect on one’s sense of comfort. Mark Twain’s famous quip “I never spent a winter so cold – as a summer in San Francisco” was undoubtedly prompted by the city’s infamous penchant for wrapping itself in “Farallon Fog.” Moisture conducts heat – in both directions. It can draw heat away from your skin or conduct heat to you. Imminent humidity in fact is literally the “driving force” that “forces” many late Spring vacationers to abandon tropical campsites and “drive” to cooler (drier) climes. Much of coastal Mexico basks under very warm temperatures in early Summer. As July passes to August, afternoon high temperatures gradually sag 5 to 10 degrees. As temperatures lessen, however, humidity levels correspondingly rise. On the Baja peninsula and on the Pacific mainland to Mazatlan oppressive humidity disappears (literally) overnight mid-to-late October.

Without a doubt, Mexico offers generally excellent weather. The Tarahumara of the Copper Canyon region migrate vertically as the seasons change. As this would be a difficult act to duplicate at the seashore, one is left with the inescapable conclusion that a lateral move to a higher and drier climate is desirable as summer approaches. Guadalajara boasts of enjoying “eternal Spring.” Other ex-pat favorite hangouts such as Morelia, San Miguel de Allende, Lake Chapala/Ajijic, and Oaxaca also offer year-round weather. 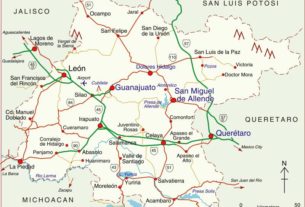