The most often asked questions by visitors when they get here is “Can I drink the water?” followed closely by, “Is this okay to eat?”

Okay, I admit I asked those same questions when I first got down here, too.

I’m going to dedicate this column to the reality of eating and drinking in the Lakeside. (Caveat: This won’t apply to all areas of Mexico, but will apply to most of those areas frequented by tourists or home to a large population of gringos.)

All restaurants and even most street-side food and drink vendors use agua purificado (purified water). Most ice cubes are made from pure water as well. Homes and hotels sometimes come with a water purification system, sometimes not. If not, then there is always bottled water available. I often forget to use it early in the morning when I’m brushing my teeth, but I’ve never been sick because of it.

A story about my house:

I put in a new water purification system when the house was remodeled, along with a water pump, so I could have strong, hot showers and drink the water directly from the tap. A few weeks ago, it was time to change the filters. The man from the water store came out and showed me that whoever had installed my new water heater had neglected to turn on the handle that directed water through the purification system. That was about six months ago.

“So, I’ve been drinking unpurified water all that time?” I asked. “And my friends, too?”

“Yup,” said the water man. “Your filters are hardly used at all. And, on top of that your ultra violet bulb is burned out.” I ordered a new bulb (which took two weeks to get here).

The next week I saw a water truck pumping water into my neighbors aljibe (an underwater storage tank). I asked my neighbor why.

He said the neighborhood well pump hadn’t been functioning and I should check my water supply. I did. It was nearly empty. An empty aljibe could easily burn out an expensive water pump. I asked the water guy if he could give me some water. He could. I’d heard that some of the trucked-in water came from the lake which was known to be polluted, so I asked my neighbor if he knew where this water came from.

“You have a purification system then?”

“Oh, so you use bottled water?”

“Nope.” He said. “Been here ten years and never used any purification system or bought any purified water. Me and my wife — we ain’t never been sick.”

So, even the precautions I tried to take were apparently unnecessary; however, I did get the system fixed and hope that it is working well now. There is some peace of mind that comes along with dirty filters and ultra-violet bulbs.

Let’s start with eating at home. No one told me that even though I had purified water (I thought), I still needed to wash fresh vegetables and fruit with water treated with iodine. So, I never did. I’ve also never been sick from eating my own salads, nor has anyone else. Therefore, I don’t worry about the salads at restaurants any more; although if they cater to the gringos, most are careful with how they wash their vegetables.

Also, there’s something not very tasty about iodine-soaked shrimp. Maybe it’s just in my mind. Some folks claim they can’t taste the difference.

Mind you, I’m not recommending people throw caution to the wind, just letting you know that not worrying about it is probably as strong a treatment for my stomach as all the preparations others find necessary.

We have restaurants galore at the Lakeside. You don’t like Mexican food? How about Chinese, German, Japanese or French? There are many seafood restaurants, even though we’re inland. We have two restaurants that serve the best grilled steak and baked potatoes I’ve had anywhere.

Then, of course, a short trip into Guadalajara, would provide you fare from almost any ethnic cuisine. Last week, I went into the city with some friends to eat a gourmet meal. Formosa Gardens offers their Peking duck at half price on Tuesday nights. For three of us, the meal and drinks came to 150 pesos (a little less than $20). And, because the Mexicans typically eat their meals either between 2 and 4 p.m. or after 9 p.m., reservations aren’t necessary during our normal meal time of 6 to 8 p.m. It works out well for everyone.

My palette is still not adapted to the very spicy sauces used at many restaurants, so I still test each sauce before dipping my chips.

For home cooking, you can get almost anything you’re used to at the gringo grocers. I like to shop for fresh fruit and vegetables, meat, fish and staples at the tianguis, a fresh air market held weekly in each town. It’s much cheaper and the food is fresher. If you like cooking, great. If not, you can teach your maid to cook (depending on how good your Spanish is), or eat out a lot like I do.

There’s not too much here for late night party-goers, outside of individual home parties. One bar for the younger folks stays open late on weekends, and we have two restaurant/bar/lounges with dance floors that have live entertainment on the weekends. I heard another has just opened, but I haven’t tried it yet. Still looking for a dancing partner!

There are also line-dancing lessons at two different restaurants during the week. So, to my way of thinking, it’s a great place to “eat, drink and be merry!”

I have to go fix a salad now to take to a friend’s house for dinner. She’s having Peking duck soup — aren’t leftovers wonderful?

Finally, as a word of caution, it never hurts to see your doctor before a trip to any foreign country, and equip yourself with medicine in case you do develop some kind of intestinal problem which might otherwise ruin your vacation. 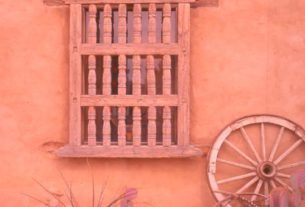