Several destinations on Mexico’s central Pacific coast are now well known to tourists looking for fantasy honeymoons and vacations straight out of travel agency brochures. Puerto Vallarta to the north, Ixtapa and pricey Acapulco to the south swell with tourists from December through March eager for the gilded-cage-pampering of the resort vacation.

Experienced, independent, and budget-savvy travelers looking for less glitz, smarter values, and the opportunity to meet Mexicans other than the waiter who takes their piña colada order, discover the beach towns in the middle of the coast: Mazatlan, San Blas, Tenacatita, San Patricio-Melaque, Barra de Navidad and Manzanillo. Off the well-sandaled tourist track, these towns offer beach holidays without the wallet-draining price tag and the depersonalized programming of the tourist trap. The amount and variety of nightlife is apt to be the central difference between the two.

Like the rest of Mexico, businesses on the central Pacific coast were hit hard when the peso was devalued by half in 1994. But when an earthquake hit the coast in 1995 with a frightful 7.9 Richter reading, towns such as Manzanillo were literally broken – both financially and physically. Lives were lost, and homes, hotels, restaurants, and businesses crumbled. But what remained was the intense determination and spirit of the Manzanillo community.

Up until then, the city had relied on tourism generously provided by her lovely beaches, agriculture, and money gained from her prosperous port. But like a pretty girl with torn skirts, Manzanillo had always been a little seedy away from the city center.

Today, Manzanillo is solidly on the rise. Helped by an extensive hospitality infrastructure of more than 3,500 hotels, new highways, a very motivated business and tourism community, a new shopping center, a handsome archeological museum and the virtues of its home state Colima, it is rapidly becoming a sound destination for travelers and retirees.

Ask any traveled Mexican which state they’d choose to live in and inevitably 7 out of 10 will tell you Colima.

Why? “Because”, they say, “its safe, affordable, beautiful and the best place to raise a family”.

The third smallest of Mexico’s 32 states, Colima is nestled between Jalisco to the north, Michoacán to the east and the Pacific to the west. The state has virtually no unemployment, pollution or crime, corruption has been found to be extremely low, and the level of education among her citizens is two years above the national norm. At one million, her hardworking, conscientious people seem to know the value of what they have and are willing to share it with you at a reasonable price.

While Manzanillo retains the laid-back demeanor of a resort town, the groups orchestrating her comeback are not. They’re serious and they have a plan.

The International airport in Manzanillo has been in place for 25 years. The ‘stay two nights, get the third night free’ tourism promotion has been thriving since 1996 and the Archeological museum opened its doors in 1999. Six major hotels in the area offer excellent convention facilities. Tourism materials in English and Internet sites are exposing this jewel to the outside world. Manzanillo’s old port 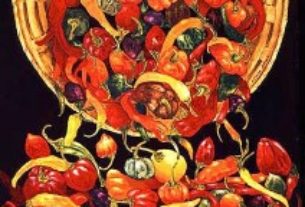