I am gay and thinking of moving to Mexico. I would like to know what attitudes are like towards gays in Mexico. Also, I heard that there San Miguel de Allende has a “gay community”. Is that true? Is San Miguel more accepting of gays than other places? Any information would be greatly appreciated.

Most times, the locals respect your sexuality and consider it “your own business”, mexicans aren’t really famous for judging or discriminating. However, you might encounter problems if you try to engage others who are not as decided or willing (for lack of better words) to participate in your lifestyle choices, i.e. minors.

This applies not only to gays but to everybody.

The basic rule of thumb is just to test the waters and find out where you are most comfortable inside the country. Should you like to frequent bars, the major metropolitan areas offer a wider selection. Should you be seeking something more quiet, try San Miguel.

Whatever you decide, best of luck.

i was just reading an article about the status of gays in places outside the usa and mexico is one of the countries that has no anti-gay laws on the books, so it seems…there are loitering laws, etc. that it seems can be used to harass, etc…but my experience has been none of this. in acapulco where i have lived for almost two years, there doesn’t seem to be much second thought about someone being gay or not gay…and while there is joking etc. there doesn’t seem to be the gay bashing incidents that was more or less regular in the states. the culture is so different here, and while there is a strong machismo, the whole matter is just handled differently. i am struck by the mexicans veneration of its entertainers, several of whom to my eye are obviously [and maybe even notoriously] gay! in many ways i think this is a non-issue, although this might be naive on my part. status seems more determined by title and dress than by someone’s sexual orientation. i’ve never met so many [out of work] lawyers and engineers and doctors.

All Mexican cities have a gay population. You should not encounter gross discrimination or gay bashing. Being gay in Mexico is no big deal. However be prepared to be riduculed. Some of the people will laugh at you. They will call you “joto” y “marico”. The local folks won’t be too amused if you make an issue out of it. If you are not blatant about it then you should be all right as long as you don’t mind being teased.

Latin Americans are very “macho” and not very friendly towards gays. However, there are a fair number in Puerto Vallarta and in San Miguel de Allende which is an artist’s colony. Check out “Rainbow Destinations” on the Travel-Ease page and there may be some information on Mexico.

I want to thank everyone for their comments, including those who replied to me privately. I was pleasantly surprised at the generally postive – or at least non-confrontational – atmosphere that appears to exist in Mexico, teasing aside. I expected it to be much harsher. Would I be correct in concluding that the police do not harrass gays?

I have been coming to Mexico for many years and especially Puerto Vallarta in the state of Jalisco. This is probably one of the alternate life style destinations outside of California and Key West.

Los Muertos Beach is one of the alternate lifestyle areas in P.V. there is even a section of this beach “the blue chairs” which is very gay. The palapas at the El Dorado Condominium & Restaurant has been listed in the European Gay Guide for years as being gay friendly,not as evident as the blue chairs.

There are several gay bars located in and around Los Muertos, gay hotels and condominiums where based upon your manners will be treated equally.

I now live here six months out of the year from Nov. to May and find it a very great way of life although I don’t participate in the gay scene, but am very aware of same.

I own and operate a rental and sales office for properties on Los Muertos Beach and have a high volume of gay clients.

In relations to SMA, it is a mountain resort with many gringos but meeting and mixing with people is more difficult. P.V. offers the beach and that is a great way to meet people as well as the bars, clubs, restaurants and discos.

The police as long as you are not into children or pushing yourself on others, will not bother you. Los Muertos is a very safe and convenient place to live.

P.V. natives and government realize the volume of money coming into here from the tourist and they treasure it and protect the well mannered from the abusive gringos and natives.

Hope you find P.V. and Mexico as beautiful a place to live as I have.
Adios
Amigo Renee’

My experience in Mexico is as a gay man living for a few months each year in a small farming community on the Pacific coast of extreme northern Michoacan. The more times I go the more I learn. You need to get to know a lot of people well in order to know what is permissible and what is not. As a gringo in a place where they see few gringos I stick out horribly so I always dress carefully and try to look presentable. I would never do anything unusual without knowing its implication.

Sexual partners are readily available if you have a local friend to help you make the approach. Mexicans are often poor so a gift or money is not usually refused. I know of older man who has a liason with a much younger male. The family is “understanding” since there is money involved which helps support the family. Such liasons must be handled very discretely.

I do not have any trouble, but I am not obviously gay. A local gay teacher in the neighborhood where I rented a house was well known to everyone in the community and he had a 16 year old living with him. Homosexuals are generally not open about their sexuality except to those they are involved with. If you are polite and well-mannered you will be accepted. Mexicans do not judge and criticize as Americans do. 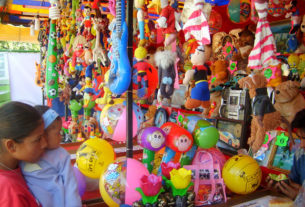 The world’s most versatile stew: Puchero