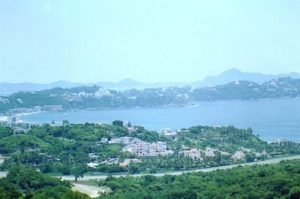 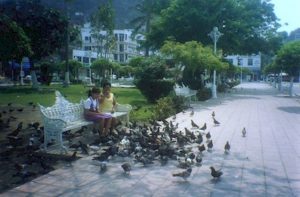 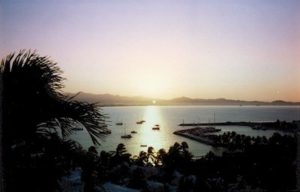 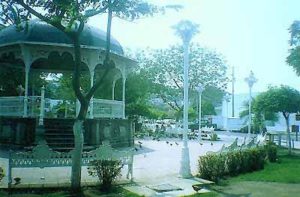 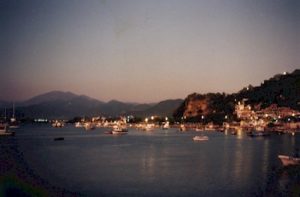 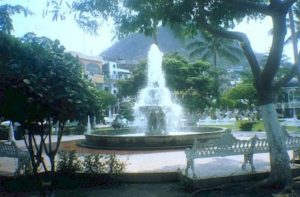 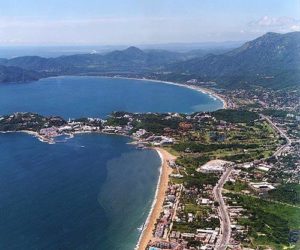 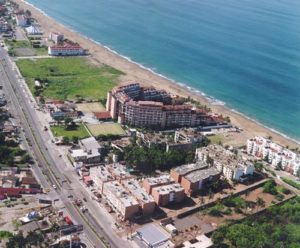 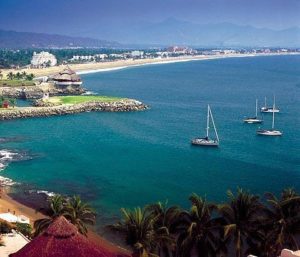 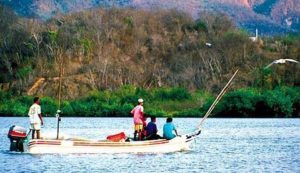 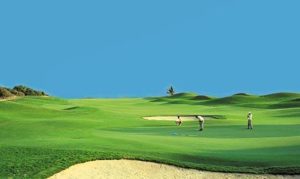 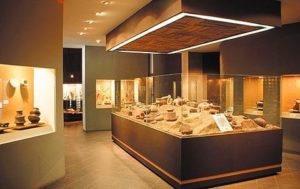 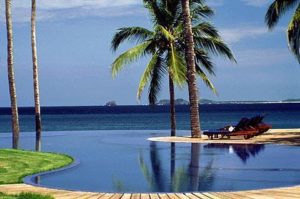 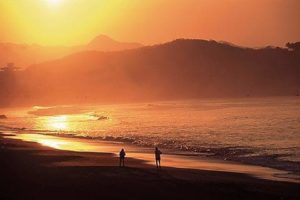 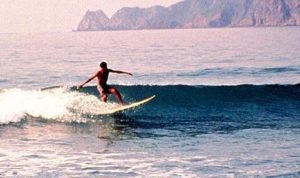 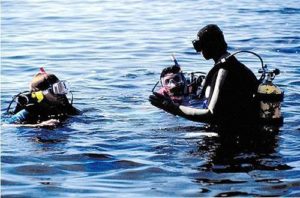 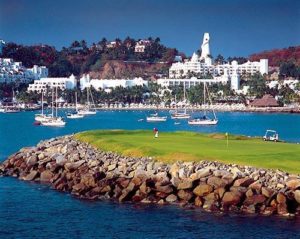 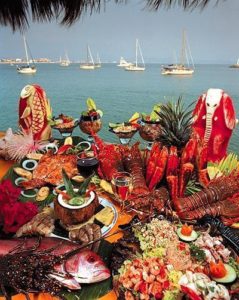 Manzanillo. Most people can’t pronounce it, have no idea where it is, don’t know what the city has to offer, and can’t figure out how to get there.

Manzanillo (pronounced mahn-san- nee-yoh), is the largest shipping port on the western coast of Mexico, located 165 miles south of Puerto Vallarta, or roughly midway between Matzatlan and Ixtapa.

Originally discovered in the early 1500s by Hernan Cortes’ minions, it was designated a shipbuilding site (the wood from the manzanillo tree was used to build ships), and an official departure point for important expeditions. Over the next 300 years, Manzanillo’s history was filled with accounts of pirates from Portugal, France, Spain, and England assaulting, looting and burning ships for their precious cargoes.

In recent times, the harbor was modernized and deepened, allowing access to all major shipping lines around the world.

At about the same time that shipping became a major industry, Bolivian tin magnate, Atenor Patiño, built Las Hadas, as a “playground” for his jet setting friends. In the early 70s, Las Hadas wasn’t a hotel as it is now (owned by the Camino Real chain), but a getaway for the rich and famous.

Of course, like most “in” places, the popularity of Manzanillo has waned among the rich and famous. Once again, its miles and miles of pristine beaches are deserted, and, once again. it has reverted to a shipping and fishing port, with tourism as a sideline.

Most would-be vacationers don’t know that Manzanillo and the surrounding area has many attractions, such as 40 miles of unpopulated, clean beaches, majestic waterfalls, unpolluted lakes and rivers, plus an active, erupting volcano. (For more information on Mexico’s Pacific beaches, click here) The roads throughout the state of Colima are excellent, and crime is almost non-existent in Manzanillo.

The town of Manzanillo is divided into two sections: the central downtown area (” El Centro,”) and the hotel zone (” Zona Hotelera“).

In El Centro, you’ll find shopping, the town square (called the ” jardin“), smaller and less expensive restaurants and hotels, and a beautiful boardwalk ( malecon) that takes you along the harbor for over a mile. The malecon is new, and is a project of the city to attract tourism. It is beautifully paved with interlocking stones, and offers park benches to rest and enjoy the view, palm trees for shade, sculptures by local artists, a basketball court for teenagers, a playground for the younger set, and even trash receptacles.

In the hotel zone, which is fronting the 5-mile beach of Manzanillo Bay, there are many hotels to choose from, fine restaurants next door to popular local taco stands, and a pedestrian walkway similar to the one downtown, perfect for an evening stroll.

There are numerous restaurants in the hotel zone, offering fresh seafood that is brought in by the fishermen every day. International cuisine is also available, as are prime cut steaks, and fresh fruit of every kind imaginable. The state of Colima grows its own coconuts, bananas, mangos, papayas, melons, strawberries, limes, jicama, guanabana, guayaba, and many more exotic fruits.

Manzanillo has its own water purification plant, and a modern sewage treatment plant. It has the dubious honor to be home for a coal-powered electric plant that provides power to a 15-state area in Mexico, plus its power is sold to several South American countries.

There are many small hotels and motels, with room rates ranging from $15 a night to typical 5-star rates for hotels such as the Karmina Palace, Las Hadas and the Hotel Sierra.

If you are looking for night life, there are numerous discos (Mexican and American-style) night clubs with live music, and afternoon entertainment with “Las Vegas” style shows, respectable enough for the entire family. There are also several establishments with adult entertainment, as is fitting for a port town that is a base for the Mexican army and navy.

If “vegging out” on a beach is your idea of fun, there are more than 20 different unoccupied, quiet beaches just a few minutes away. Some beaches are of golden sand, others are comprised of pebbles, and yet several beaches to the south are made of black sand, due to the volcanic origin of the area.

On the topic of volcanoes, there are two about an hour and a half away. While the larger one, snow-capped Nevado de Colima, has been dormant for years, its smaller, active brother, Volcan de Fuego, has been erupting recently. It poses no danger to Manzanillo, however, and is often visited by tourists who are fascinated by this rare and awesome sight.

Manzanillo is one of Mexico’s best-kept secrets, and one thing that keeps the area virtually untouched and unexplored, is that it’s a little hard to get to.

Many people opt not to choose direct flights to Manzanillo but to work out an itinerary that includes either Puerto Vallarta or Guadalajara, which have direct flights from more than 30 different American and Canadian cities. From either city, you can rent a car and drive from the airport to Manzanillo. From Vallarta, it’s 165 miles (4 hours) on the scenic coastal road, and from Guadalajara airport, it’s only about a 3-hour drive on a well-maintained toll road. The highways are safe and well traveled, although it is recommended that you don’t drive at night, due to the numerous animals that could be on the road.

If you choose to rent a car, make your reservations in the U.S. or Canada, bring along your confirmation number, and pick up your car at the airport. It can save you quite a bit of money. If you choose not to drive yourself, there are direct buses leaving Puerto Vallarta each day (but this might involve an overnight in Vallarta, depending on the time your flight arrives). In Guadalajara, your odds are better, because there are three bus lines, La Linea Plus, ETN, and Primera Plus, with a direct bus leaving from one of these companies about every half hour. (Hint: make sure your bus is a ” directo” one, or you’ll be stopping at about 20 little pueblos along the route – another adventure by itself!)

Once arriving in Manzanillo, you’ll find it’s worth the trip. If you’re looking for the real Mexico–a quiet, safe hideaway where the people are friendly, and the prices are right. Make plans to visit Manzanillo on your next vacation.

Susan Dearing was born in Branson, Missouri, where she grew up working in the tourist industry. At age 8 she’d show visitors to Branson where the best fishing holes were for crappie and bass, directed them to the best “mom and pop” cafes, and stood on the main street corner lecturing on the crotophytus collaris […] 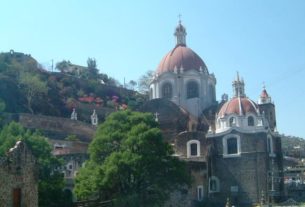