Not too long ago, the term “business ethics” was considered an oxymoron.

Fortunately, in recent years, companies have been paying more attention to developing and maintaining ethical standards among their employees. In Mexico, attention to ethics is increasingly viewed as an essential part of business success: If your employees are ethical, both within the company as well as with customers and suppliers, the business is likely to reap benefits in the long-term. Jorge Larrea, a successful entrepreneur in Mexico, thinks that being ethical is the best investment in business. “If you’re ethical, your customers will be loyal. It’s not about a quick buck, but in the long run it pays off handsomely. Additionally, when you are ethical, you sleep like a baby.”

Evidence that ethical practices can be profitable was presented in the 1995 bestseller “Built to Last.” The message was that companies that have enjoyed long-standing success tend to place a great emphasis on ethical practices and values rather than maximizing short-term profits.

Yet the question remains: Can you effectively teach ethics to employees? Furthermore, can you teach ethics in a country like Mexico, where problems of corruption are presumably higher both in government as well as in business?

According to María Emilia O’Neill, president of Linkage Four and a specialist in teaching ethical values, the answer is a definite “yes.” There are important elements that need to be in place before ethical standards can be expected from employees. “It is of utmost importance that leadership sets an example and is consistent between the values they preach and their actions. Leadership must be a role model.”

According to O’Neill, if it is a new company or a new working team, it is most effective to negotiate among all involved the values to be respected. A second step is to spend enough time to reach an understanding of the operational dimension-the concrete behavior that each adopted value is supposed to be associated with.

“For example, honesty can have a different meaning for different people, or even a different cultural understanding,” says O’Neill.

What if the company already has values and employees are simply expected to accept them without any input?

“Amazingly, most people share ethical values-almost universally. What is not universal is how people behave according to the values they hold, and that’s why this needs to be discussed between managers and employees,” O’Neill says.

In a country like Mexico, regarded as a low-trust culture in the work environment, can employees be led to trust one another? Or is greater control needed because of the lack of trust? Surprisingly, there is evidence to suggest that given the proper organization, it is possible to have a trusting environment.

An example of this is the way FedEx does things in Mexico. According to Rick Saint-Blancard, Director of South District for FedEx in Mexico, the company relies heavily on employee trust. “In much of the work that gets done in our company, people are alone without any direct supervision, for example the people who have to deliver within strict time specifications. We have to trust them to do it.”

Moreover, the experience in Mexico has been incredibly successful. “We found that in Mexico if you trust your employees, they respond by becoming highly trustworthy. I have not seen any less trust in Mexico than in our U.S. operations,” says Saint-Blancard.

The positive outlook is that an ethical and profitable business environment can be created. All it takes is the commitment from leadership, both in terms of consistency and willingness to spend the resources and time to train employees. 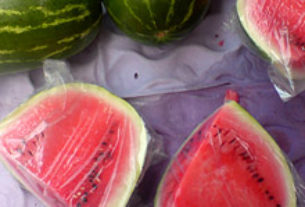 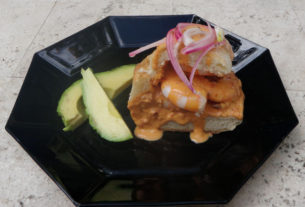 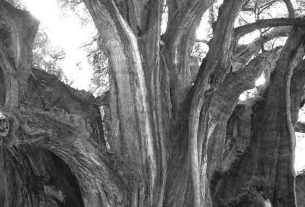 El Arbol de Tule, the biggest tree in the world?