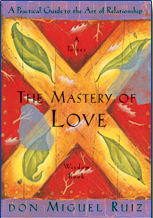 The Four Agreements has now sold over 3,000,000 copies, was on the New York Times bestseller list for five years, was featured twice in “O” The Oprah Magazine, and ranked #30 on a USA Today list of top 100 books from the past ten years.

I liked these two books by Mexican-born Don Miguel Ruiz – The Four Agreements and The Mastery of Love – although their simple and direct teachings can be found in many spiritual texts, including the works of George Gurdjieff, Islamic texts, Quaker teachings, fairy tales, as well as the teachings of Jesus.

I do not like the marketing “set-up” that claims these are “based on ancient Toltec wisdom.” The books themselves tell us almost nothing about the Toltecs except that they were “known throughout southern Mexico as ‘women and men of knowledge.'” We are also told that the Toltecs “were scientists and artists who formed a society to explore and conserve the spiritual knowledge and practices of the ancient ones.”

In contrast, the staff of the Minnesota State University on-line museum identifies the Toltecs as “the first of the extreme militaristic cultures in the region that used their might to dominate their neighbors….” Scholars at Washington State University in their extensive Civilizations in America site have determined that the Toltecs were a war-like people who practiced human sacrifice and were led by a “warrior aristocracy.” (The covers of both The Four Agreements and The Mastery of Love say “A Toltec Wisdom Book.”)

The popular Don Juan books ( The Teachings of Don Juan: A Yaqui Way of Knowledge and A Separate Reality) written by Carlos Castaneda a few decades ago also used the term Toltec to apply to people of spiritual awareness, but Castaneda was careful to say that his term did not apply to the Toltec people in general, again about whom we know almost nothing.

Carlos Castaneda had his teacher, a Yaqui Indian named Don Juan Matus; and Don Miguel Ruiz has his teacher, a powerful shaman in the Mexican desert and, probably more importantly, his mother, who was a curandera and his grandfather, who was a nagual (shaman), although we are not told whether his grandfather was that same “powerful shaman in the Mexican desert.”

The “set-up” for these books, then, “the hook,” beyond the “Toltec” hook, is that the “expert is always from out of town,” that is “the spiritual authority is always from out of town” (most usefully, it seems, from another culture or even vanished culture). In this case a Mexican, Don Miguel Ruiz, who grew up in a small rural town in Sinaloa, is taught by even more out-of-town experts, including “a shaman in the desert.” Better to have simply offered the texts for what they are: some spiritual principles that centuries, perhaps millennia, of seekers have discovered, but that always need re-telling for what are always, no matter the century, “modern times.”

The author Don Miguel Luis had attended medical school and had become a surgeon in the United States, but one night he was driving home after too many drinks at a holiday party when he lost control of his car and crashed into a cement wall. He says he had a “near-death experience” (another “hook” hanging out there for the spiritually hungry) that changed his life and that thereafter he devoted himself to the mastery of “ancient ancestral wisdom.” He began writing and produced his first book, The Four Agreements, which was published in 1997 by a then relatively unknown press, Amber-Allen Publishing in San Rafael, California. A short little book, it was published in a very attractive format, the type of book you like to hold in your hands.

Ellen DeGeneres picked it up, was wowed by it (no surprise here), and recommended it to Oprah on the air. Oprah read the book that night, bought 500 copies for colleagues and friends, and then suggested to her television audience (of ten million or so) that they give it as a holiday gift.

The Four Agreements has now sold over 3,000,000 copies, was on the New York Times bestseller list for five years, was featured twice in “O” The Oprah Magazine, and ranked #30 on a USA Today list of top 100 books from the past ten years. Other fans include: Ex-President Clinton, Anthony Robbins, Madonna, Britney Spears, Carlos Santana, Barbara Streisand, Sharon Stone, Ricky Martin, Lance Armstrong, Peter Coyote, and Anne Heche. Wayne Dyer says it is an “inspiring book with many great lessons,” Deepak Chopra says it is “a roadmap to enlightenment and freedom,” and Oprah Winfrey says the book “simple yet so powerful, has made a tremendous difference in how I think and act in every encounter.” (Oprah says her favorite “agreement” is “Don’t take anything personally.” (My grandmother used to tell me the same thing, even though she was not a curandera but an Ohio River hillbilly.)

Here are “The Four Agreements” that are discussed in easy detail in this easy to read book:

Don Miguel Ruiz tells us that he himself struggled to keep these agreements: “I didn’t expect that I could do it at first. I have fallen many times, but I stood up and kept going. And I fell again, and I kept going. I didn’t feel sorry for myself. There was no way that I felt sorry for myself. I said, “If I fall, I am strong enough, I’m intelligent enough, I can do it!” I stood up and kept going. I fell and I kept going and going….” (The language here sounds to me like The Little Engine that Could… for big people.)

Most of us would not take issue with much in these books. Most of us have heard it all before. But, there is a vast chasm between knowing a truth and putting it into practice. We can all hear that truth again in another variation and perhaps the piles and piles of that same truth will eventually begin to sink into us. I open The Four Agreements at random and land on this: “Nothing people do is because of you. It is because of themselves. All people live in their own dream, in their own mind; they are in a completely different world from the one we live in.” Well, for years I have heard the Mexican proverb, “Cada cabeza es un mundo,” which means “Every head is its own world.” Contemplate that proverb and you arrive at this same message. In 1999, Amber-Allen Publishing released The Mastery of Love: A Practical Guide to the Art of Relationship.

Again, I like aspects of this book, although the Toltec set-up is used once again. Don Miguel Ruiz tells us that “The Toltecs are the ones who can express with the heart, the ones who have unconditional love.” ” The ones”? Versus all other spiritual teachers, and versus even ourselves when we are at our finest? Puleeeeze!

The Mastery of Love begins with that wonderful old story we have all heard before about the student inviting the master to dinner, preparing exquisitely the food and the table, but the master fails to keep his promise and in the course of the evening the student gives away the food and wine and clothing he had prepared for the master.

Subsequent chapters have titles like “The Loss of Innocence,” “The Man Who Didn’t Believe in Love,” “The Perfect Relationship,” “The Magical Kitchen,” “The Dream Master,” “Sex: The Biggest Demon in Hell,” and “Healing the Emotional Body.”

For the most part the ideas are familiar ones. For example, in “The Loss of Innocence,” we come upon this passage, and the information is hardly a revelation:

Let’s take an example of an ordinary couple. For whatever reason, the wife is mad. She has a lot of emotional poison from an injustice that comes from her husband. The husband is not home, but she remembers that injustice and the poison is growing inside. When the husband comes home, the first thing she wants to do is hook his attention because once she hooks his attention, all the poison can go to her husband and she can feel the relief. As soon as she tells him how bad he is, how stupid or how unfair he is, that poison she has inside is transferred to her husband.
She keeps talking and talking until she gets his attention. The husband finally reacts and gets mad, and she feels better. But now the poison is going through him, and he has to get even. He has to hook her attention and release the poison, but it’s not just her poison – it’s her poison plus his poison. If you look at this interaction, you will see that they are touching each other’s wounds and playing ping-pong with emotional poison. The poison keeps growing and growing, until someday one of them is going to explode.

There are, however, some useful ideas for those of us who have not yet caught on the other times the universe has whispered them to us. Here are a few that I marked:

In all cultures, throughout all history, some have sought wisdom, sought ways to understand the mysteries of relationships, of sex, of love, of what it means to be alive on earth for a little while. For some of those, these two little books – The Four Agreements and The Mastery of Love – will be good ones to pack for the journey.

(Incidentally, both The Four Agreements and The Mastery of Love are available in Spanish editions, in the same lovely format as the English editions.)

Available from Amazon Books: The Four Agreements
The Mastery of Love 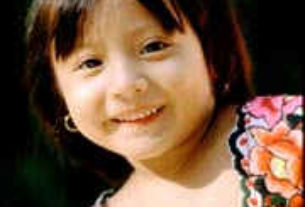 Wow, what a dance that was! Or que bailazo!