The Nafta partnership has always been a puzzling proposition: Could a free-trade agreement between two developed countries (the United States and Canada) and a developing one (Mexico) work out as a viable partnership? While this question has been answered in a variety of ways, few have analyzed the process as a cultural dilemma.

Nafta is a living experiment of the globalization process, and is a challenge that reaches the depths of our social and cultural make-up.

Furthermore, Mexico is one of many countries that has experienced conquest and colonization as part of their history, and suffers from what is known as “mental colonization.” This process is essentially a self-destructing mechanism by which an ideology that is used to oppress or weaken an ethnic or national group is internalized by the victims of that ideology, and accepted as valid.

Examples of mental colonization are extremely obvious in a country like Mexico. Beauty stereotypes, for example, are rejections of what is Mexican. The mestizo look (i.e., the dark-skinned Indian-Spanish mix) is regarded as ugly, whereas the Western look (i.e., fair-skinned, blue-eyes) is regarded as pretty. Thus, roughly 90% of the population is regarded aesthetically as less appealing. The problem, and this is what mental colonization means, is that the criteria defining what is pretty is even accepted by those who look mestizo.

In the business world, things are not much better. To start with, the Mexican business elite is made up mostly of those of strong European decent.

But more important than that, the colonization mentality drives Mexican business executives to look elsewhere for models and processes to be applied in their business operations. Thus, a leadership course offered somewhere in the United States is regarded as better than a course offered in Guadalajara. Yet I have spoken with many Mexican executives who have been trained in various management courses in other countries, and repeatedly their feedback is that, while extremely interesting, they can rarely be applied in Mexico. So why bother with them?

So how has Nafta, and in general the globalization process, affected this collective low self-esteem? Fortunately, Mexicans are beginning to see that their ways of doing things are not as inferior as they originally thought. For example, Mexican students who study abroad for a semester or a year (which is now a more common experience) find out that they can compete nicely with students anywhere.

In the business world, when Mexicans are sent abroad either to be trained or simply transferred to higher positions, they too find that they are well prepared as managers and leaders to compete with non-Mexicans. A prominent Mexican executive who manages the sales department in his company, now based in Raleigh, North Carolina, described his years working in Mexico as the experience that led to being recognized by the company for an international position.

“In Mexico we often have to be very imaginative to solve problems, since we often have fewer resources. This teaches you to be a creative problem solver, and eventually this is recognized by the company. And in my new position, I am able to teach those under me to be more creative or to look for cheaper alternatives.”

In the end, I believe the cultural outcome of Nafta may very well be a new reconsideration and appreciation of the many positive aspects of both Mexican culture and business preparation to successfully compete in a globalized reality. 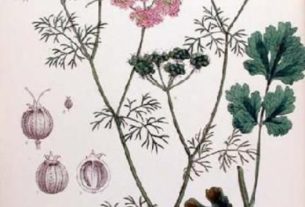