– Is it “all for one and one for all” or “everyone for themselves” in your workplace?

When you have the opportunity to work with different departments of a company, the opinions that employees give about the company’s strengths and weaknesses tend to be fairly similar. If the company is bureaucratic or less innovative than the competition, most employees will recognize that. So agreement tends to exist in terms of what’s wrong with the company as a whole. However, when it comes to finding out the causes, you can expect strong disagreements. Most of the time, disagreement is about who is at fault. The most common response is to point the finger at other departments, or specific individuals.

Culturally speaking, in the United States the demand for responsibility is constant. We need to find out who failed, why they failed and what can be done about it. In Mexico, sometimes a “culprit” is demanded, but not always. Mexicans are comfortable saying bad things simply happen. For example, to say “el vaso se rompió” (the glass broke) does not specify whether or not someone is responsible – it simply happened. Likewise, we hear of sales going down, personnel being unhappy, and no one seems to know who’s responsible. Yet, if blame must be placed, employees from both cultures are sure of one thing: it’s not them. It’s not their department.

No doubt, this is one of the most challenging aspects of creating a team-oriented culture within a company. Success has many mothers, but failure is an orphan, as the saying goes. So when teams succeed, most of the time the members are happy enough to share the rewards. However, when the team does not fully succeed, then members insist on carrying out evaluations among themselves to determine who made more contributions, and who made fewer. This defeats the purpose.

When I teach, I usually have students work in teams, and tell them that the teams themselves have the right to kick out one of their members if the rest feel that he or she is not contributing to the group. I also tell them that they can establish their own rules, which might include an internal evaluation of each member of the team. I finally tell them that it is not my place to establish the rules by which the team will operate, since an important part of team work is to allow each team to establish its own rules. This rarely happens, and they want me to act as a leader and force individual evaluations on them in order to sort out those who did not contribute much, especially when the overall effort is not credited well by me.

Once, a team working on a project handed me their final paper with some names missing in the title page. I had assumed that they were not included because the rest of the team had decided to ignore them because they had not done much, and as a result I flunked those students. Surprised, they complained that they had a lower grade than the rest of the team, and I explained that their names simply did not appear in the final paper. “That was Joe’s job, he forgot to put my name on it,” one of them argued. To which I said, “How come you did not see what the other student was doing? In teams, everyone should be aware of what everyone else does.”

I see similar attitudes in companies when I ask teams why they fail. The most difficult thing in teambuilding is the idea of shared responsibility, which implies shared knowledge of what everyone does. Does that take time? Of course, and that is why companies should always allow teams to have extra time. But what rarely helps a department do better, is to simply point the finger at someone else. Most of the time, much more progress would be made if they pointed the finger at themselves. 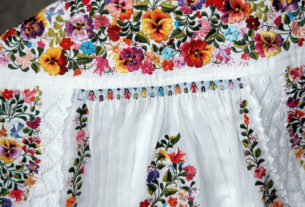 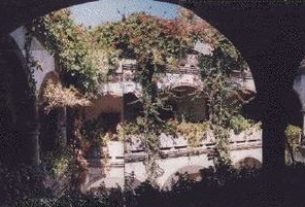