The Mexican national emblem, an eagle standing on top of a blooming cactus, in a tiny barren island in the middle of a lagoon, has its origin in a legendary event in the foundation of Mexico. The story of the founding of the Aztec capital of Tenochtitlan, on a island in the middle of a lagoon, it told in several old manuscripts and chronicles dating back as far as 1325 AD. The vision which inspired the capital’s founding was taken as an emblem, and narratives of the emblem and its inspiration handed down orally for generations.

After the Spanish conquest of what is now Mexico City, the inhabitants of the city asked the king to retain the city’s emblem, but with the addition of a frame made out of cactus leaves to symbolize the “tlatoanis” defeated by the conquistadores. This emblem was used throughout the Viceroy period, but its pre-colombian origin was well known.

In 1811, during the war for independence, the National American Supreme Committee, organized in Zitacuaro by Ignacio Lopez Rayon, Jose Sixto Verduzco, and Jose Maria Liceaga, used the mexican eagle as their official seal. Jose Maria Morelos adopted the symbol for his flag and mail. In Puruaran, the emblem was adopted as the first symbols of the new country in the important decrees of July 3rd,1815.

When the empire of Iturbide was replaced by the Mexican Republic, the Constituent Congress determined in 1823 to redesign the emblem according to the native tradition: the eagle’s profile standing on a cactus an eating a snake. Oak and bay leaves were added to symbolize victory, replacing the image of the imperial crown of Spain.

During the term of the first President, Guadalupe Victoria, money was coined bearing the national emblem. But not until the term of President Porfirio Diaz did the emblem take its familiar stance on the national flag, with the eagle as centerpiece, its great wings outstretched.

Venustiano Carranza with the decree of September 10, 1916, preserved the indigenous forms which remained, creating with this, what we know today as the National Emblem.

The following article is reproduced with the kind permission of the Consul General in Austin Texas.
It first appeared in their  Gaceta Consular, September 1996 – Austin, Texas – Year IV, Number 25 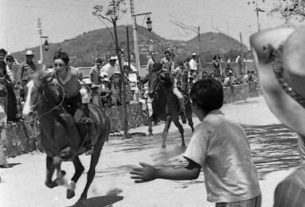 New Spain: The right of conquest