This month, Mexico celebrates her birthday, the anniversary of her independence from Spain. On the evening of September 15, the annual El Grito ceremony is held in town plazas all across the country. For several days prior to this celebration, town plazas are besieged by vendors selling national flags in a tide of nationalistic fervor. The story of the national emblem (used on coins, documents and the flag), an eagle devouring a serpent, while perched on a prickly-pear cactus, is well known. Or is it?

The conventional version is that this unlikely combination represents a “vision” that was of crucial importance to the Mexica, an ancient tribe originating somewhere in northern Mexico. According to legend, the Mexica were told by their Gods to migrate southwards and establish a new settlement. They would know they had found the right place when they saw an eagle clutching a snake while perched on a nopal cactus. After years of wandering, they finally saw their sign, and began building Tenochtitlan. Tenochtitlan eventually became a large and wonderful city, the capital city of the mighty Aztecs, who presided over a massive empire.

This is a great story, but certain details may not be quite as straightforward as they seem.

For starters, were the Mexica really looking for a place where an eagle, serpent and cactus coincided? All the known sources for this legend date from after the early sixteenth century and the Spanish Conquest. Among the early depictions of the founding of Tenochtitlan, many show only an eagle perched on a cactus, with nothing in its talons. Even in those cases where the eagle does have something in its talons, the object being clutched is usually either a bird or a tuna (the fruit of the nopal). Attempts to put the depictions in some kind of chronological order appear to indicate that those with a serpent are later than those with a bird or tuna.

As a result, some anthropologists have argued that the conventional story is a revisionist re-interpretation of history. The snake was added some time after the Conquest, perhaps as a potent reminder to the natives that their non-Christian religion (represented by the serpent) had been crushed by Spanish military might (represented by an eagle).

To make the story even more confusing, the “eagle” isn’t really an eagle at all! The bird depicted in ancient codices, and now shown on the national coat-of-arms, has a crest. The only eagles or members of the eagle family sporting a crest in Mexico are the Harpy Eagle and the various Hawk-Eagles; however, all these birds are confined to tropical southern Mexico. According to ornithologists, the bird on the national crest is most likely to be a Crested Cara-Cara ( Polyborus plancus). The Crested Cara-Cara, a member of the Falconidae family, is common throughout the country. It feeds chiefly on carrion, but also eats insects, frogs and… snakes.

So, the story of a Cara-Cara sitting on a nopal cactus eating a tuna has been gradually transformed by time into an Eagle sitting on a cactus devouring a serpent…

What is more, September 15 might not be the right day to celebrate anyway, since the first grito actually took place not on September 15 (1810) but in the early morning of September 16.

As Mexico celebrates her official birthday, and national symbols are on show everywhere, take a close look, and remember that perhaps not all the symbols you see are quite what most people think they are!

This article is the basis for Chapter 18 in the author’s Mexican Kaleidoscope: myths, mysteries and mystique (Sombrero Books, 2016). 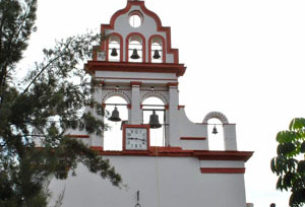 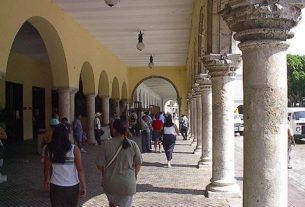 Huichol Indians: their art and symbols