Photo Gallery: The mystical and magical pleasures of Puerto Vallarta 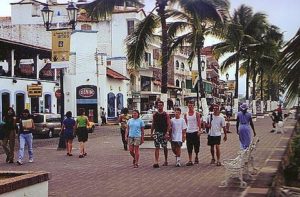 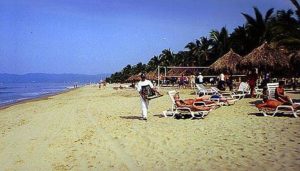 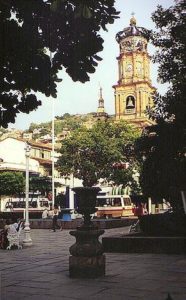 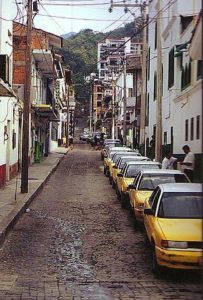 The ship’s embracing water is as still as the prevailing silence while I watch the sun rise from behind the Sierra Madre Mountains. Its glorious rays begin to rebound off red-tiled roofs of hillside bungalows that line the many dusty and tattered cobblestone lanes. Vacated golden beaches lie waiting in both directions, where bikini-clad sun worshippers will soon loiter by the cluster. It’s a sure thing, for this is the popular destination of Puerto Vallarta.

Arriving at this Mexican sunspot via the Elation, one of the Carnival Cruise Lines “Fun Ships,” provides me with this early morning magical moment, this precious gift of peace and tranquility…before the rest of the world wakes up. And what a treasure it is!

I imagine what it would have been like for the pirates and explorers who first sailed these waters back in the 1500’s. Historians claim this area was used as a stopover during their lengthy sailing excursions. And although it would have been void of civilization, this picturesque site from the Bay of Banderas may have evoked the same mystical sensation back then for them as it does for me today.

From my perching place on Elation’s Sports Deck, I take in the offerings at this port-of-call. Presiding over the still-snoozing township is the dominant focal point atop The Cathedral of Our Lady of Guadeloupe’s heaven-bound steeple. Used as the official navigation aid for ships at sea, the angelic jeweled crown hovers over the city’s hub where lifeless streets below will soon bustle with business and bartering.

“Package deal for you today, Señora. Cheaper than K-Mart,” may be part of a sales pitch that I later hear from a market merchant who tries to sell me silver bangles, hand-painted ceramics, mounds of glassware and anything Mexican in between. And if bartering is not my bag, then maybe the Malecon sixteen-block promenade, awash with higher-end shops will be. Along this strip I may also be tempted to enjoy a siesta under one of the flanking palms or thatched umbrellas that front the pounding Pacific. Taking in a deep breath of salt sea air, I’ll enjoy the boundless energy that envelops me at this happening fun beach spot Playa Los Muertos.

While volleyballers rally on golden grains of sand, para-sailers lift off from it in a squealing frenzy of joy to their sky sweep destinations. They look down upon jet-ski lovers and waves where sailboarders blitz in the wind. Margaritas will be flowing, Coronas will be guzzled. And if you happen to miss your early morning market visit, fear not. Here, the friendly vendors will come directly to you! Topped with straw hats by the dozen, silver by the caseload, and enough multi-coloured Mexican blankets to keep an Eskimo cozy, barefoot bartering vendors will playfully try to close a deal. Any deal!

Although Playa Los Muertos offers enough activity to keep any tourist content, it certainly isn’t the only game in town. Golf gurus will be drawn to the north, where condo complexes, boasting manicured greens, will tempt many a Tiger Woods wannabe.

Hollywood followers may head in the opposite direction, just seven miles south, to where one of the many infamous love affairs between Elizabeth Taylor and Richard Burton took place. Although all that remains are the weathered ruins of the set for the 1957 flick, The Night Of The Iguana, the picturesque Mismaloya setting is still known to evoke the same feelings of passion and romance. And if you’re into Hollywood (but not the romance) there’s more in store within this neck of the woods…or shall I say, within its jungles. In the thicketed highlands found on the hills above the Mismaloya beach lies the carcass from Schwartzenegger’s film, The Predator. Serving now as a gateway to the El Eden’s jungle restaurant, the skeletal helicopter prop is a grounded reminder of this famous film.

Shaking myself out of a dream-like state, I bring myself back to reality. The sun is now higher in the sky and the sandy beaches that were previously protected are now baking under the sun’s blazing rays. They will soon be welcoming scantily clad beach-goers, one of them being myself. And although I will soon be preparing to disembark Carnival’s Elation to enjoy this quintessentially Mexican port stop of Puerto Vallarta, I will treasure these last few mystical and magical moments.

For those who prefer to fly: 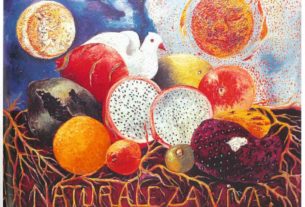 Tequila, Lemon and Salt: From Baja – Tales of Love, Faith and Magic by Daniel Reveles