Lately I’ve fielded several questions from readers (both men and women) on what the single life is like here at the Lakeside.

I knew when I came down, that if I were looking for a man, this place would be low on my list. A realtor I met on my first visit confirmed that. She said in her syrupy southern drawl, “Honey, if y’all are lookin’ for a man, don’t come lookin’ here. If they’re not already married, they’re gay, ninety or goin’ home by Sunday.”

Fortunately for me, I was searching for other things, like balance, peace, serenity, freedom from stress, and time to do things I’d never been able to do before. I’ve been single for thirty years and it just feels right to me. Don’t get me wrong, I’ve got nothing against couples, some of my best friends are married. And, men and women do find each other here. Some even get married. It’s just rare.

That being said, my social life is much better here than it was working in Silicon Valley. Remember, this is a small town and most folks don’t work. That means they have much more time to socialize, volunteer and pursue activities that interest them. I don’t hesitate to go to any social event by myself because there are always people I know. I don’t like going to restaurants by myself, but I occasionally do if I get a sudden yen for a particular food, like a hamburger at El Zarape’s, or Won Ton Soup at Min Wah’s. More often than not, someone I know will saunter in and pull up a chair or two.

The other day, a lady I had met in my ceramics class called and left a message on my answering machine. I came home about 6:15 and picked it up. “I hope you’re not offended at the late notice,” she said, “but I’m having a small dinner party tonight and one couple backed out. That leaves me with four men and two women. Can you come?”

I’ve been to her beautiful home and know that both she and her husband are excellent cooks. I called her back. “Just got your message,” I said, “and I’m honored, not offended.”

“Then do come. We’re just starting on hors d’oeuvres and cocktails.” I was pleasantly surprised to see that one of the men was a friend of mine. His wife had returned to the states for the birth of her granddaughter. What a wonderful meal and great discussion. I love to participate in conversations with folks I don’t usually see.

Occasionally, a movie will be shown that I’m interested in seeing. A quick email to several of my friends usually solicits one or two affirmatives and off we go to the 5 o’clock showing. Afterwards, it’s often a bowl of pozole at a hole-in-the-wall café in Chapala.

I’m not the right person for you to ask about single men, although I rarely see a group of them together in a restaurant, as I often do women. A good male friend of mine from California called last night. As I was mentally preparing for this article, I asked him why he thought this was. He’s 55 and said he thinks women are just more social creatures. He’s always envied me my circle of long-time friends, and our travels. He said he wouldn’t be comfortable going on a trip with a few men.

However, I do know two groups of men here (I think they’re all married, though), who occasionally take off on three to four-day fishing trips and enjoy it immensely.

At the Lakeside, there are many more events going on than I could ever attend, so I get to pick and choose. I typically choose not to go to the dinner dances because it’s not fun to watch others dance while sitting with a group of ladies. I do like to dance and I become envious. Some women are perfectly happy dancing with each other, but it makes me uncomfortable.

The fund-raisers are great places to socialize and it’s easy to walk up to acquaintances and ask, “Mind if I join you?” They’re always willing to pull up an extra chair.

The theater and musical events are comfortable to attend alone. Scores of short excursions are offered and if I don’t already know someone on the van, I’m bound to make new friends.

In preparing for another article, we came up with over eighty organized groups and activities at the Lakeside. Whether it’s quilting, golfing, dominoes or poker, there’s something for everyone.

And remember, the weather here is conducive to being outside. Good weather seems to bring out the best in people. The last couple of days have been overcast and rainy because of the hurricane on the West Coast. I’ve heard people griping because they haven’t seen the sun in two days. This, of course, is very unusual here. I lived in Washington for a year and I actually welcome the drizzle. It almost seems like we’re having another season.

I certainly don’t advocate the single life for everyone, but I choose it for myself. I don’t have to fight over the remote, get permission to paint the doors bright blue or to remodel the kitchen. I’m heading off in mid-October to spend two weeks in Oaxaca. I’ll drive down leisurely with a girlfriend and when we get there, we’re going to stay with a Mexican family and take intensive Spanish lessons for four hours each morning. Not too many husbands would be interested in doing that.

I’ve found a mechanic who is brilliant. A TV and stereo repair shop that performs miracles, and a handy man who can fix most anything in my house. When I feel like cooking, I’ll call one of my friends and say, “Chicken stir fry in an hour. Can you bring a salad?” So, now, at 11 a.m. in the morning, I’m going to submit my article (always late, but we live in Mexico) and get dressed (I don’t laze around in my nightgown very often…really). Oh! Here comes the sun. I’ll run some errands downtown before spending the afternoon playing bridge with a few friends.

Ah, give me the simple, uh, single life. 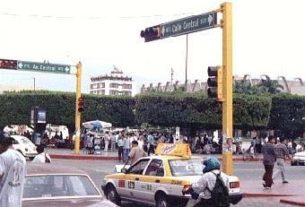 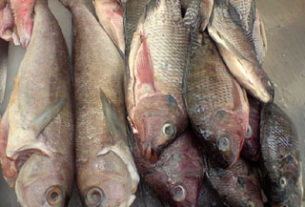