Bitter are the fruits they eat in Michoacán, black oval fruits the size of an olive, borne in the summer on the capelin tree. Bitter is the story told to me in a mountain pueblo in the northeast corner of the state. Juan Manuel told his story of machismo and the fate of his horse as we sat in the shade of a wispy pine tree in front of his sister’s house in Patamban. With amazing speed he tossed back shots of tequila as we chatted. Juan Manuel is a gaunt man with little diamonds of skin the color of burnished leather trapped between the wrinkles at the corners of his eyes. He wore a sombrero with a tassel in the back and fine silver spurs on his battered yellow leather boots. A caballero in Spanish means gentleman and literally, a man on a horse. Juan is a gentleman.

He told his story in halting Spanish, for his first language is Purépeche spoken by the Purepecha Indians in many pueblos in Michoacán. Most of the posters and signs in restaurants are in Purepeche in Patanbam.

He had been engaged to Consuelo for two years, but he couldn’t make enough money to build a house for her. It was unthinkable to marry without having their own home, so he crossed ‘to the Other Side’ in the trunk of a Ford driven by the coyote. He often worked two jobs, sharing a room with a man who worked the night shift at a factory. He slept in the bed between midnight and 6:00 am and his roommate slept in it during the day. He boiled potatoes and put them in his pockets so he would have something cheap and quick to eat when he went from one job to another. Even so, it was not easy to make enough money to build a house worthy of his prometeda. She bought a wedding gown at his urging.

They spoke sometimes on the only telephone in the pueblo. She whispered endearments and he sent more money. He picked apples, then asparagus in Oregon. He followed crops to California. A year passed. He picked the last crop in the northern California vineyards, Cabernet Sauvignon grapes, stuffed his boots with money and came home. Not in the trunk of a car. He flew home on a night flight from Los Angeles to surprise Consuelo.

At this point in the story his eyes teared. He put some salt in the crook of his thumb, touched his tongue to it, and threw back another shot of tequila. He said he had arrived too late to call on a lady, so he slept at his sister’s house and didn’t go to see his fiance until 9:00 that Saturday morning.

She was wearing the wedding dress he had bought and plaiting white roses into her shining hair. Consuelo was to be married to his best friend at 11:00 that sunny morning. Stung with the knowledge of betrayal, he stumbled out and rode his horse to the cantina. Then he waited in front of the church and shot the bride and groom through the heart.

Juan Manuel’s sister opened a trunk and took out the bloodstained wedding dress as testament to the truth of the story.

The bride’s brothers beat up the slayer of their sister, but they believed he was justified in his actions, so they didn’t kill him. The sherrif felt that he was only avenging his honor and never arrested him. All of this happened 30 years ago. Juan Manuel has never married.

As he told the last and worst part of the story, tears fell from his eyes and not even tequila would staunch them.

Worst of all they shot his horse. 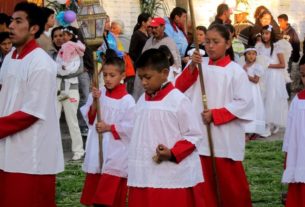 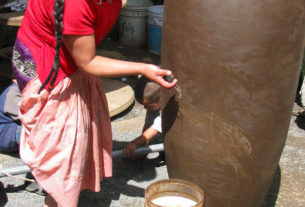 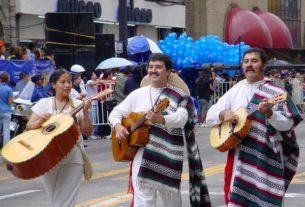