A surprising percentage of Mexico’s land area is protected in one form or another. A very large number of sites of archaeological or historical importance are managed by the National Institute of Anthropology and History, more commonly known by its acronym INAH. In theory, all buildings more than 100 years old have some degree of protection (under INAH), but in practice (witness the wholesale destruction of the oldest non-religious building in Jocotepec, Jalisco, to make a car park in recent years) this protection is often ignored by developers who have other ideas.

Sites considered significant for their natural beauty are protected in a variety of ways, ranging from nature sanctuaries of local importance to protected areas, national parks and internationally recognized biosphere reserves. In total, more than 11.5% of Mexico’s land area is now protected. This percentage has risen steadily for more than a century.

The designation of biosphere reserve can only be made by UNESCO (U.N. Educational, Scientific and Cultural Organization), in a manner somewhat similar to the designation that some major historical sites enjoy as World Heritage Sites.

One of the benefits of Biosphere Reserve status is that it opens the door for better access to more sources of funding for conservation programs. In 2009, another biosphere reserve was formally created in Mexico, to bring the national total to 36. Only the U.S. (47), the Russian Federation (40) and Spain (37) have more. Worldwide, there are now 531 biosphere reserves, in 105 countries. The guiding principle of biosphere reserves is that the local populace is not displaced, but actively involved in all aspects of management, research and monitoring.

Biosphere reserves have a research-intensive core area or areas at their heart, surrounded by a buffer zone, where sustainable development is fostered, before gradually transitioning into the surrounding region. Many reserves have innovative systems of governance designed to ensure that the views of local people are fully respected. The idea of biosphere reserves was first proposed in 1968 at the UNESCO “Biosphere Conference”, the first international attempt to reconcile the need for conservation with the use of natural resources for development.

No system is perfect. The challenges for biosphere reserves include strengthening the worldwide network by establishing new reserves in areas where few currently exist, as well as helping meet the on-going funding needs for all the reserves. One of the most significant future threats to biosphere reserves is likely to be the habitat changes wrought by global warming.

One of the more startling surprises in the existing network of reserves is the almost total lack of protection afforded to such an amazing part of Mexico as the Copper Canyon region, with its indigenous Tarahumara people and world-class scenery. But perhaps one day this region, too, will become part of Mexico’s extensive system of protected areas.

El Cielo (Tamaulipas): one of the most ecologically rich and diverse parts of Mexico; numerous endangered animal species; ecotourism area.

Cuatrociénegas (Coahuila): an oasis with 500 pools that preserve species found only in the Coahuila state part of the Chihuahua desert.

Islas Marietas (Nayarit): a biodiverse archipelago of islands with a rich mix of marine species, corals and landforms.

Sistema Arrecifal Veracruzano (Veracruz): an archipelago off the Caribbean coast.

La Sepultura (Chiapas): ancestral lands of the Olmec and other pre-Hispanic cultures.

Ría Lagartos (Yucatán): coastal estuary with diverse birdlife including more than 18000 pink flamingos as well as some 30,000 migratory birds.

Arrecife Alacranes (Yucatán): the largest coral reef in the Gulf of Mexico, and the only one in Yucatán state. 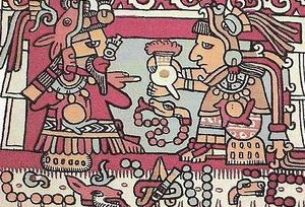