David Aguilar, chief of the U.S. Border Patrol, said the United States is experiencing a large increase in the number of illegal entries, according to the US State Department. New to MexConnect, Jorge Tirado shares his thoughts on borders as he looks at an aerial photograph of Guaymas, his hometown.

At first glance, I saw a fragment of land along an anonymous coast on the ocean. That quick glance became a closer look and I found myself momentarily submerged in contemplation.

A number of ideas crossed my mind as I discovered that the fragment of land I was looking at had something to do with me. At the same time, I thought that if each of us could see our own home from this vantage point, something would come out of this contemplation. The perspective from space makes home seem a little foreign, if I may say so.

Seen from space, the earth looks just as it is – a lonely planet. The imaginary boundaries we have established, based on coordinates and agreements between people, make us feel as though the planet was indeed fragmented by those borders. Boundaries help delineate jurisdictions, establish authority, rights, faculties and order, and this helps us define certain norms that allow us to get along. But the truth is, neither countries nor the states that comprise them are physically divided by these lines. Our country is not separated from the rest of the continent, or from the rest of the world. If we sailed from the coast we see in this photograph, we could reach any other coast in the world that we set our minds to reach, just like Darwin did when he arrived at Easter Island, where no customs agent awaited him.

While our eyes perceive the photo’s finer details, little by little we discover that these bits of geography contain clearly remembered images. Here, in this photograph, the memory of an entire town is hidden. Thousands and thousands of people have lived together there, and still jointly inhabit this small piece of earth. We don’t see them, but they are there. They are as present as the cells in our body that, amid the denser mass, do not forsake their function while they sleep awhile with us. Thus are these living stories captured in a single instant – alive though imperceptible. We ourselves are but a fragment of a sleeping collective conscience.

What seemed at first to be an undefined image ends up being a mirror reflecting childhood memories, the pranks of youth, some misfortune and disappointments that, fortunately, never reached fruition.

Here, in this photo, is a part of my own history — friends, siblings, my beloved old man and my mother, circumscribed by destiny’s random chance within the borders of this picture. There they have written out the chapters of their lives, with occasional threads that abandon these boundaries every once in a while.

Within the margins of this photo, in the soil it defines, past and present are preserved. Captain Don Francisco Maria Espino and his platoon sent a French nobleman, Count Gaston de Raousset Boulbon, to the firing squad because his interests risked the integrity of the territory that appears here. (How strange it looks from above!)

On the other hand, to look at the photo and affirm that this is a political stronghold sounds stupid and totally out of context. And the question also arises – are we humans a majority in this sphere that gives us life? What appears from outside is land and sea; there are no lines on the map, and neither a “first world” nor much less a “third world” can be seen. From above everything looks simpler and more coherent. One single world, in silence, at peace.

As I look at this image, I think about how ideas take shape. A different perspective – in this case from above – offers a way to reconnect with reality. An opportunity to see things, literally, from another angle. While Europe struggles with the challenge of unification, in America we live separated by the imaginary lines of our concepts. We are bound to the world, to the planet, and dare not venture beyond the limits marked by history. We want to shape the present without transcending the past and its distinct circumstances. We boycott the possibility of designing a new map for the future, because to do so might mean turning our backs on the past. But the truth is, expanding that collective consciousness doesn’t imply a renunciation or substitution of the past, it implies expanding the limits of our own ideas.

By looking calmly and carefully, one discovers that the picture shows a fragment of the sphere of life, of history in its entirety. Seeing it with the tranquility conferred by distance, a person can discover his own place in this vast house in which we live. We are but a thread in the polychromatic and measureless warp and weft of life. A vital pulse, with little consciousness of the body that gives us life. 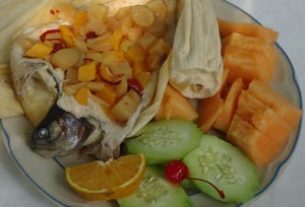