The construction of the new road was headed by an engineer named Manuel Gamboa. A faithful devotee of the Santo Niño de Atocha, he placed an image of the Santo Niño in a small cave alongside the road and prayed both for protection against accidents and for a successful conclusion of the project. Then the first miracle occurred.

A person’s religious convictions make no difference at all when it comes to exploring our beloved Mexico and its culture. If time and schedule permit, the three most important religious sites for the Mexican people are well worth a visit.

The Basilica of Our Lady of Guadalupe in Mexico City is the most important. The Temple of the Virgin of San Juan de los Lagos in San Juan de los Lagos, Jalisco, is the next in rank. The church dedicated to the Santo Niño de Atocha in Plateros, Zacatecas is the third. It is said that all good Mexican Catholics must visit all three sites before dying. There are, of course, others worth seeing. One such church is dedicated to the Señor de los Rayos (Lord of Lightning) in Temastián, Jalisco. Fascinating stories about miracles in the past surround all of them.

For example, at the Santo Niño church in Plateros, one can see the rock that fell onto and killed a man who later came back to life; a notary public of the time attested to the fact. At the Temastián temple of the Señor de los Rayos, a lightning bolt struck one temple without harm, traveling underground to surface and damage another a good quarter of a mile away.

But all these miracles took place in the long and distant past. They are now beloved legends that are repeated to new generations. We don’t have modern day miracles. Or, do we? If read the ex-votos, or votive offerings placed in these sacred places, it becomes clear that the Virgin, the Holy Child, the Lord of Lightning are still performing miracles in this modern world of science, logic, and skepticism.

Still skeptical? Well let me recount a modern day miracle reported in the April 14, 2004 issue of the Sol de Zacatecas newspaper. By Mary Cruz Chavez Garcia, it is titled “El Santo Niño del Portillo” and the events took place when Berta Torres Valdez was the first woman mayor, from 1989 to1992. That was during my lifetime when I was living in the city of Jerez de Garcia Salinas, Zacatecas. As they say, “on my watch.”

As to the truth of the story, my skeptical engineering mind has some doubts, but the engineer in charge during the construction had none. I’m telling this in my own words, therefore all errors or misunderstandings are also mine.

The Christ Child of Portillo

Without doubt when it comes to religion, zacatecanos – and jerezanos are no exception – are distinguished by their devotion to the Santo Niño de Atocha venerated in his sanctuary of Plateros in Fresnillo, Zacatecas.

While Carlos Salinas de Gortari was president (1988-1994), work began on the long-desired new road to the apple orchards of the Sierra de los Cardos and the ejido of El Portillo. Long-desired because the narrow old road – originally a mule trail – was in very bad shape and was barely passable for the truckloads of apples produced in the region.

The construction of the new road was headed by an engineer named Manuel Gamboa, born in the community of San Juan del Centro. An enthusiastic and industrious man, he was a faithful devotee of the Santo Niño de Atocha. So he placed an image of the Santo Niño in a small cave in a rocky crag alongside the road and prayed both for protection against accidents and for a successful conclusion of the project.

Then the first miracle occurred. A bulldozer was miraculously stopped just as it was about to topple over a precipice.

As the work continued, the new road eventually reached the site of the Santo Niño. Gamboa ordered one of the workers to move the holy image away from danger because the next day they would be dynamiting the crag where he had placed it. This was done. But to the surprise of the workers when they arrived at the site the next morning, the image had returned to its original location. The unhappy engineer asked the crew, “Which one of you returned the image to this place?” But none of them had done so. In fact, all had seen the image in its new location the day before. The image was moved again and work proceeded. A hole for the dynamite was drilled and the charge was placed and set off. But it didn’t explode. On inspecting the defective charge, it was noted that the dynamite had gone bad so a new charge was set in place, but it too failed to explode. A third charge also failed to explode. The explosive expert then became very angry with the crew, declaring that they were incompetent and that he, himself, would place and set off the charge. He boasted that he had never had a failure. He did so, but this fourth charge didn’t explode either.

Gamboa then realized that the image of the Santo Niño de Atocha wanted to remain in its original location. The engineer decided to leave the rocky point as it was and to place the image back in its small cave. Gamboa himself then built a small and rough cement enclosure around the image to protect it and to prevent its removal in the future.

Today, the image remains there in its niche, in the middle of the impressive natural beauty of the Sierra de los Cardos, blessing and guarding with its tender smile all who take this dangerous road to honorably work the land and support their families.

In thankfulness to the Santo Niño de Atocha for protecting the work and allowing the successful completion of the road to El Portillo, every December 25th the people of San Juan del Centro meet at the image for a solemn mass to celebrate the birthday of the Holy Child. It is followed by a picnic with music and dancing.

A project is underway to build a small chapel in front of the image, and collections are being taken to finance it. But the big question remains. Will the Santo Niño be happy to be placed in a small chapel? Or will he refuse to be moved and insist on remaining where he is to continue blessing his devoted followers, and everyone who joyfully visits him? 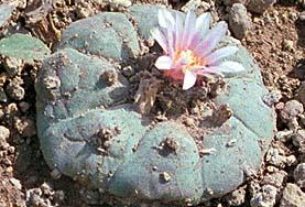