Many years ago, on one of my first trips to the United States, I had the opportunity to attend to a rather formal party, organized in honor of one of the local personalities at the small, charming Midwest city I was visiting. I remember that I received a printed invitation, and I also remember something that took my attention at the moment. Not only the precise hour for the party to begin, but also the time for the event to end as well, were both clearly expressed on the invitation.

Following the long kept Mexican tradition, I arrived at the house in question at least half an hour late. Upon my entrance I was saluted by sardonic half smiles and obviously artificial courtesies. All of the invited guests were already there of course, and it was easy to notice that they had been partying for a while – half an hour perhaps, concentrating their efforts on the conversation, the drinks and the food. A standing crowd, talking and talking like hell and eating and drinking likewise.

After a long while of performing in a similar manner, I started to look, with certain uneasiness, for a place to sit down. Impossible. It was clear to me that the so called party was to be celebrated on foot, fatigue or not fatigue, leg pain and tiredness notwithstanding. I began to feel sorry for myself and for the rest of the people around me. Thank God, the California red they were serving was very drinkable.

In that manner time passed until suddenly, with no apparent motive, everybody started to say goodnight and to move towards the front door. I sighed in relief. At last I was going to sit down! I was about to take possession of a fluffy armchair located to one side of the living room when the lady of the house came to me, plastic smile in her face, to ‘goodnight’ me in a most unwelcome fashion. “But I don’t want to leave!”, said I to myself. An ancient wall clock started to sing the hours. Only then I came to understand what was going on. The precise moment for the party to end, as was specified in the written invitation, had come.

I dedicated a last nostalgic look to the soft armchair, hurriedly drank the rest of my wine, and managed to answer as best as I could to the gentle but clearly firm pressure from my hostess. On the way to my hotel I could not but recall old times and fiestas gone by in my Guadalajara. Guests there, as well educated and self respected people do, arrive at the party not less than an hour late, have the best of times with a good mariachi or trío, dance and disorder, soul and song, only to say goodnight when they feel like it, not worrying at all at unmeaningful details like hours and clocks.

In my long relationship with people from the North I have always been surprised by the interest and significance our neighbors assign to two variables: weather and punctuality. I was never able to understand why that obsession with climate. Well, until I spent a winter in Indiana. I agree now, weather is important, and you have to watch it closely, unless you want to dawn yourself one day, frozen to death, in a corner.

But the idea of punctuality, I must confess, still eludes me. I just don’t see why it is so important for a person to arrive exactly on time to a date, be it a business meeting or any other type of engagement. I’m willing to accept – and not very enthusiastically I’m afraid, – that business appointments should take place at the negotiated hour, taking into account the crazy haste in which we are immersed nowadays. Even in this case I must cast a shadow of doubt over the true value of punctuality. I see how people run and never stop and sweat day in and day out, but almost no one I know is truly aware of the direction his or her actions are taking them. Why such a hurry then?

And the very intention to regulate with mathematical precision the schedule of parties and entertainment, well, that goes far beyond my reasoning. That Anglo-Saxon insistence on the job well done, and in order, so that things must be accomplished in accordance with the plan, even in the field of pleasure and joy, find no place in my conception of life. I just can’t take myself that seriously, no sir.

Maestro Fuentes Mares liked to relate this story. One day he was in Santa Fe, New Mexico, taking an evening stroll around the deserted streets of the city with his wife. Suddenly and to his surprise, he had a police patrol car at his side. “What are you doing?”, the man at the wheel asked them. “Nothing. We are just walking.” The policeman looked at them as if he was staring at the most stupid thing in this world. “But, are you not going to any place?”, he insisted. “No. We are just walking.” The man could not take it anymore, so he ordered them to return to their hotel immediately. He could not resist the idea of that ultimate show of inefficiency, two despicable aimless persons walking by without a concrete, clear objective. That policeman would never understand what it is to spend a tranquil afternoon in the company of a good friend, Del Mono anisette on the table, time an ally, not the enemy, a delightful chat with no definite intention in mind.

No doubt homosexuality has something definitely attractive: I know many who have crossed the line, but not one of them, as far as I know, has ever returned. The same happens with unpunctuality. There must be something good about it, because gringos who come to live down here get immediately used to it. I have constant deals with a certain magazine editor, a North American who moved to the Chapala area years ago. Never, and I mean never since we met has he arrived in time to a meeting with me. Something which speaks highly of him, of course. But above all, something truly positive to show about unpunctuality. On the contrary, when one of these unfortunate men or women return to the North, and they are forced to go back to the cruel habit of arriving in time all the time, the suffering must be almost unbearable.

In spite of everything I’ve said, I must admit that unpunctuality has its risks. The story of my friend Pedro is proof of that. Years ago, Pedro decided to take a different kind of vacation. He went to a small town on the coast of the state of Jalisco, to pledge himself for several weeks, to the productive activity of doing nothing. The only phone in town served us well to keep in touch, so I was able to follow him in his adventure.

Pedro, a fine looking fellow, bold and willing, fell in love at first sight with the local beauty, María. But she did not pay any attention to him. My friend, a stubborn and resolute businessman, came to know that María loved dangerous situations. Not far from the pueblito, a railway line crossed the country side. Pedro immediately noticed that the daily express train never, ever, arrived on time. Armed with these two vital pieces of information, he approached María to propose her the craziest adventure, to make love on the tracks at the precise scheduled time of arrival of the train.

At last the long cherished goal was attained. That same afternoon Pedro was in paradise. And it seemed to me that María liked something besides danger, because the experience was repeated time and again, as Pedro dutifully reported to me on the phone line.

Suddenly I stopped receiving his calls. A week later the news arrived. Pedro and María had died, both killed by the passing train. I took my car in dismay and drove to the coast, wondering along the road what could have happened. The old switch man at the train station told me the truth: the express train surprised them while they were making love on the tracks. “Poor Pedro,” said I. “The train arrived on time once in its lifetime to kill him.” The old man answered me, “No, my friend. The train arrived 24 hours behind schedule. Just in time, a whole day late.”

I could spend much more time conversing, reflecting over this interesting idea and leisurely spending my time with you, my friends. But it happens that I have to deliver this article to the editor right now. He must be thinking about the last recalcitrant writer who has not sent his text to the closing magazine issue. I’m late. Adiós. 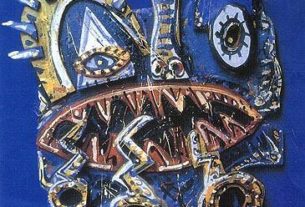 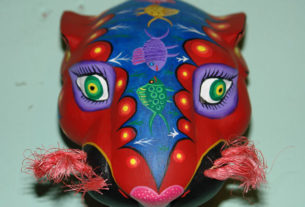