Less than 500 metres south of the U.S. border, in front of a ochre-stuccoed shopfront signed ‘Café Nueva Asia’, a technicolor banner of the Virgin of Guadalupe hangs side by side with a red paper lamp bearing Chinese characters. Although nearly three months have elapsed between the Feast Day of Guadalupe and Chinese New Year, here in Mexicali–capital of Baja California Norte, Mexico–the Chinese Mexican family who own the restaurant invoke all the heavenly powers to bring more business into their tiny café. Four elderly Chinese men, two of whom sport the stiff straw cowboy hat common to northern Mexico, kibitz over hamburgers and green tea, speaking a mixture of Cantonese and Spanish. Along with burgers and chow mein, the red-bordered wall menu offers shark-fin tacos–perhaps the ultimate California surfer’s revenge.

The only Mexican border town that’s also a state capital, Mexicali boasts Baja California Norte’s largest population, an officially recognised 850,000. City promoters make much of the fact that the city is considerably less tourism-dependent than slightly larger Tijuana to the west; in Mexicali you won’t find any zebra-painted burros on Mexicali street corners, nor a bar strip designed to entice gringos.

As citizens of the state capital, Mexicalienses see themselves standing a step closer to Mexico City, yet at the same time can claim to be true cachanillas. Like the cachanilla, a sturdy desert plant that flowers in arid, saline soil, Mexicali has flourished at the edge of the harsh Sonoran Desert and bloomed as one of Mexico’s most prosperous communities. Mexicali’s Chinese are proud to include themselves among cachanillas; many can sing or recite the verse from Antonio Valdez’s famous corrido ‘La Cachanilla’ which says, ‘Mexicali fue mi cuña’ (‘Mexicali was my cradle’).

Mexicali lays claim to the highest per capita concentration of Chinese residents in Mexico, but the current count of 5,000 of Chinese ancestry hardly compares with Chinese colonies in large U.S. cities like San Francisco or New York. Earlier this century, however, Mexicali was numerically and culturally more Chinese than Mexican. 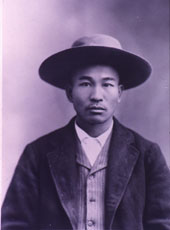 The first Chinese to arrive in the area at the turn of the century signed on as labourers for the Colorado River Land Company, an American enterprise which designed and built an extensive irrigation system in the fertile Valle de Mexicali. Some immigrants came overland from America, often fleeing officially sanctioned anti-Chinese policies in the U.S., while others sailed directly from China via the Pacific Ocean and the Sea of Cortez. As in California, thousands of Chinese coolies were lured to the area by the promise of high wages that never materialized.

A 200-meter desert peak near Baja California’s Crucero La Trinidad is named El Chinero in memory of a group of 160 Chinese labourers who perished while crossing the San Felipe Desert in search of work in the valley. The desert itself was known for a time as El Desierto de los Chinos, ‘Desert of the Chinese.’ An unscrupulous boatman landed the group at a fork in the Río Colorado, telling them Mexicali was only a short distance away; sixty-five kilometres of burning desert lay between them and the goal they never reached.

Many of the Chinese labourers who survived the building of the irrigation system stayed on after its completion, congregating in an area of Mexicali today known as Chinesca (‘Chinatown’). Especially during the U.S. Prohibition years, when Americans flocked to Mexican border towns to partake of the alcoholic beverages outlawed at home, Chinese labourers and farmers moved into the city and spent their hard-earned savings to open bars, restaurants, and hotels. Chinesca eventually housed virtually all of the city’s casinos and bars, and an underground tunnel system connected bordellos and opium dens with Mexicali’s counterpart city on the U.S. side, Calexico. Bootleggers also used this route to supply the U.S. with booze purchased in Mexico. Many, but by no means all, of the Prohibition-era businesses were operated by chinos.

By 1920 Mexicali’s chinos outnumbered the mexicanos 10,000 to 700. A group of 5,000 single Chinese males started the Asociación China, a Mexicali social organization at least partly devoted to the procurement of Chinese wives from overseas. The association remains active today.

In 1927 a series of Tong wars in northern Mexico erupted over control of gambling and prostitution rings. Mexican alarm over the Chinese participation in organized crime led to the government-encouraged Movimiento Anti-Chino in the late 1920s, a wave of anti-immigrant sentiment that swept the country and led to the torture and murder of hundreds of Chinese in northern Mexico–a tragic echo of what happened on a larger scale in California in the 1880s. To Mexico’s credit, the government never enacted an equivalent to the U.S. Chinese Exclusion Act, which for a time prevented all persons of Chinese heritage from holding U.S. citizenship.

Mexicali quickly became a refuge for Chinese fleeing the violence on both sides of the border, since in that Chinese-dominated city the clans were strong enough to protect their own. As the anti-Chinese movement faded away, still more Chinese arrived in Mexicali, which became the Mexican headquarters for the Kuomintang, Sun Yat-Sen’s nationalist Chinese party. During World War II, the nationalists were pushed out of China first by the Japanese and then by the Communists. In a humanitarian change of heart, the Mexican government loosened its immigration policies to allow a large number of Chinese refugees into Mexico in the 1940s.

By the end of the war, Mexicali featured just two cinemas; both of which screened Chinese movies almost exclusively. But as the city recovered from the post-Prohibition recession, a steady influx of Mexicans diluted the local population until the Chinese once again became a minority.

Until Mexico severed diplomatic relations with the nationalist Taiwan government in the 1960s, Mexicali harboured a Taiwan consulate, which became a magnet for overseas Chinese travelling between the U.S. and Mexico. The consulate promptly moved across the border to Calexico, later to close when the U.S. in turn withdrew its recognition of Taiwan. Although the Calexico consular office continued operations under the name Coordinating Council for North America, the loss of the Taiwan consulate virtually ended the influx of new Chinese to the area.

Mexicali still boasts more Chinese restaurants per capita than any other city in Mexico, and a smaller Chinesca survives in the downtown area near the border, near the intersection of Avenida Madero and Calle Melgar. Local Chinese associations struggle to preserve the arts and culture of the homeland through the sponsorship of Chinese festivals, calligraphy clubs, and language classes. But in most aspects, Chinese cultural life has blended with local Mexican and American traditions to create a unique, hybrid culture like that exemplified by the Café Nueva Asia.

At last count well over a hundred Chinese restaurants could be found in Mexicali. Cantonese cooking predominates, but with few exceptions it’s not the sort you’d recognise from Canton or Hong Kong–or Vancouver or San Francisco, for that matter. As in many Chinese restaurants outside of Asia, immigrant cooks have adapted their native cuisine to local tastes. Almost every Chinese restaurant in Mexicali, for example, serves each dish with a small bowl of what tastes like generic steak sauce, a distinctly norteño touch.

As in the rest of the country, the city’s Chinese restaurants are among the most economical places to eat. To satisfy Mexican appetites accustomed to stacks of tortillas, lard-laced beans, heavily seasoned rice and barbecued meats, Mexicali’s Chinese restaurants serve huge individual portions that might feed a family of five in China. Some dining rooms represent the ultimate in Chinese restaurant kitsch and are worth visiting for their exterior and interior designs alone. Along Mexicali’s broader avenidas huge multi-room palacios with curving green-tiled roofs and red-and-gold lacquered pavilions invoke the imperial architecture of China past. The word ‘Dragón’ appears in no less than four local restaurant names. 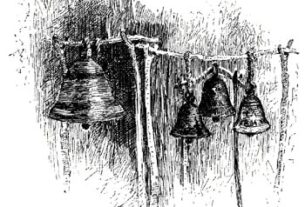