Gas is an important element in homes here in Mexico — propane gas. We use it to cook our food, heat our water, occasionally to heat our homes and dry our clothes.

Now remember that this is not natural gas, but a mixture of propane and butane gas, which is a petroleum byproduct that burns hotter and is slightly more expensive than natural gas. It is a colourless and odourless gas that is heavier than air and — depending on the availability of oxygen and an ignition source — it can be explosive. The smell that we associate with propane/butane gas is an additive called ethyl mercaptan, which smells like rotten eggs.

The gas is delivered to homes via either prefilled 30 kg (66 lb) cylinders or via a large tank truck that fills stationary tanks.

According to the Zeta Gas website, their gas a density of approximately one-half kilogram per litre (actually 0.54 kg/litre), hence the typical cylinder holds approximately 56 litres of liquid propane. A typical stationary tank has a maximum capacity of 300 litres, however, for safety these tanks are not filled more than 80% of capacity (approximately 240 litres).

Now with all that technical information, let’s figure out how much gas are you using.

According to information from the Chapala lakeside, the average homeowner will used a stationary tank of gas every three to four months. Of course, this is under normal consumption for hot water, cooking and clothes drying. If gas is being used for heating the home with a space heater or gas fireplace, the consumption rate increases and the stationary tank can only last a couple of months.

If the consumption rate in your home is higher than this average, it could indicate you are using gas at a faster rate or potentially there is a leak in your system. Before we conclude there is a leak in the system, review the usage in your home. For instance, my daughter has discovered the relaxing quality of long hot showers, and hence, we have noted a slight increase in gas consumption. Also in my new house, the kids loved to have the fireplace on during the cooler evenings of December and January and again, the increase in consumption was noted in the amount left in the stationary tank.

Typically, gas is distributed in a home via galvanized steel or copper tubing. Although the latter is generally longer-lasting there are some installation issues that need to be addressed to avoid problems. But first, a little science content — remember back in high school chemistry we learned about the valence electrons of metals? No? Well, it can be simply summarized that when two different metals come in contact with each other, the oxidation or rusting of each of the metals will be accelerated. I have witnessed this many times. Due to poor installation, a copper pipe has come in contact with a galvanized steel pipe or reinforcing steel bar (inside concrete), and the two metal elements have oxidized against each other. Unfortunately, due to its thinner wall configuration, the copper pipe had perforated and leaked.

However, if you find yourself in the situation where you are looking for a gas leak, use soap/detergent and water around the joints and connections at the gas tank and wall connections of the various appliances. The soapy water will bubble up where the leaks are occurring. Special consideration needs to be taken with flexible connections between appliances and the wall, or the supply tank/cylinder and the connection to the distribution pipes.

And finally, I have seen many plumbers do this — much to my chagrin — but please do not test for gas leaks using your cigarette lighter or a match. Without experience, you may find yourself in a silent but deadly situation. 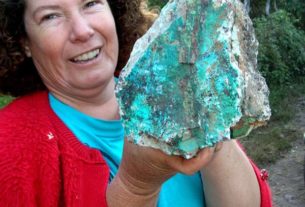 Legends and lore of Oaxaca: A man named Crecencio

1 thought on “Propane gas is the norm for hot water, cooking and heating in your Mexico home”