Although the mention of Chiapas frequently brings to mind images of masked revolutionaries and steamy jungles, Mexico’s southernmost state is a beautiful combination of mountains, plains and seacoast where tourism is once again flourishing as people rediscover the wonders of a region with deep pre-Hispanic routes.

Long before the Europeans advanced into Chiapas from the north in the 1520’s, several indigenous groups, most of Mayan extraction, had built civilizations known for their cultural and technological development. Besides their contributions to the fields of mathematics and astronomy, the chiapanecos made significant progress in the area of agriculture. Slope irrigation and drainage produced an abundance of produce, including corn, cacao, bananas, mangos, watermelon, tobacco, beans, avocados and chiles. The number of crops later grew to include coffee, soy, cotton, sugar and an enormous variety of exotic tropical fruit.

In addition to farming, the terrain of Chiapas also proved ideal for cattle ranching. Named for the Chiapas Indians, who are believed to have migrated from what is now southern Nicaragua, the region was prime for the importation of the European stock that graze on the high plains. The introduction of bovine and wool-bearing animals bore an important influence on both the economy and cuisine of Chiapas.

Like most inhabitants of Mesoamerica, the chiapanecos have always depended first and foremost on corn as the dietary staple. Strong indigenous roots still influence Chiapan cooking, especially in the use of native herbs such as chipilin, a fragrant, tasty, thin-leaved plant, and hoja santa, the large anise-scented leaves that characterize much of southern Mexican cooking. These are often used in the many varieties of Chiapas’ famous tamales, with chipilin incorporated into the corn dough of some tamales and hoja santa used as a wrapping for others. Corn is also taken as a beverage, in the form of pozol, made with corn dough dissolved in water and flavored with chocolate and sugar or left to ferment and served ice cold. The black beans favored in the region make a tasty and nutritious compliment to the many corn-based meals and snacks.

Adding variety to the local diet are dishes prepared with the beef, pork and chicken that contributed to the formation of a creole cuisine. Although some indigenous groups still hunt deer and wild boar, this practice is becoming less common as these species are in danger of being hunted into extinction. Much more common is the use of beef, especially the thin cut called tasajo, which is prepared with a variety of sauces. One of the tastiest and best known of these is made with pumpkin seeds, an important ingredient in Chiapan regional cooking. Meat dishes are frequently accompanied by vegetables such as squash, chayote and carrots.

An offshoot of the beef industry is the making of cheese, much of it still done on a small scale on ranches and cooperatives. Among the most highly regarded of these artesanal cheeses are those of Ocotsingo, Rayon and Pijijiapan. Smooth, white rounds of Ocotzingo cheese with pale yellow rinds are specially ordered by restaurants and gourmets in different parts of Mexico.

As though the culinary resources provided by field and farm were not enough, Chiapan cuisine also makes use of the abundant fish and shellfish of the state’s Pacific coast. Bass, grouper, mojarra, sardines, shrimp, crab and clams are all frequent additions to the menus of the coastal region where, like their Oaxacan neighbors, the inhabitants preserve the shrimp harvest by drying what will not be prepared immediately. Dried shrimp are often combined with a fresh tomato salsa for an appetizer, and are an essential ingredient in the famous tamales juacanes, filled with a mixture of black beans, dried shrimp and pumpkin seeds.

Topping off a Chiapan meal or eaten as late afternoon or evening snacks, are the regional sweets: crystallized fruit, coconut candies, flans and compotes. San Cristobal de las Casas is famous for its sweets, chocolates and baked goods, as well as gourmet coffee. Other cities boast their own specialties.

In Tuxla Gutierrez, one may sample ningüijute, a seed-based pork mole, chispola, a beef and vegetable stew, and pictes, fresh sweet corn tamales. In Chiapa de Corzo, famous for its food and fiestas, cochito horneado, roasted suckling pig, is flavored with an adobo (paste) made with ground seeds and herbs. Comitan’s culinary offerings include hearts of palm salad in vinaigrette, and visitors to Palenque will find many versions of fried plantains, including those filled with black beans or cheese, on the menus. This pre-Hispanic site is located in a cattle-grazing area and the beef dishes here are particularly good.

With the many pre-Hispanic and European ingredients that produce such a wide variety of dishes, it is worth noting that, unlike other regional Mexican cuisines, this one does not rely heavily on chiles as an integral part of its recipes. Instead, they are normally served as condiments. The Chiapan chile de siete caldos, named for the fact the just one is enough to season seven pots of soup, and the tiny, dried red chile simojovel, are both far too hot to be used in quantity while cooking the food itself. Instead, chiapanecos much prefer a combination of slightly sweet seasonings in their main dishes. Cinnamon, plantains, prunes and pineapple are often used to flavor meat and poultry dishes.

The following is a selection of recipes that are worth trying at home and even better in beautiful Chiapas itself. 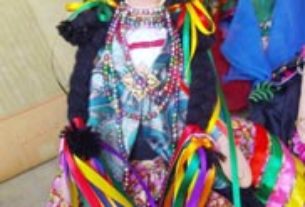