A Mexican who tried to revolutionize the world of classical music was once nominated for the Nobel Prize in Physics.

In 1950, Julián Carrillo was nominated for the Nobel Prize in Physics. The nomination was something of a surprise to the scientific community since Carrillo was far better known as one of Mexico’s top violinists and a composer who had invented a microtonal music system known as Sonido 13.

His early life was typical of many of the outstanding characters born during the Porfiriato period at the end of the nineteenth century. Born in 1875, Carrillo was the youngest in a family of 19 children. He studied music in San Luis Potosí from the age of ten and in 1895 went to study at the National Conservatory of Music in Mexico City, where he became very interested in the acoustic basis of music and the laws governing the generation of fundamental intervals. Conventional theory held that, when a string is divided by two, the pitch produced by either half of the string is twice the pitch produced by the whole string (i.e. it is one octave higher). The interval named a fifth is produced when a string is divided by three, and so on. Carrillo began to experiment and, on July 13, 1895, found that he could use a razor to divide the interval of a tone on a violin string into sixteen parts, producing no fewer than sixteen distinct clear sounds.

After hearing Carrillo play in 1899, President Porfirio Díaz awarded him a scholarship to study in Europe, where Carrillo quickly became a first violinist in the orchestra of Leipzig Royal Conservatory. During his time in Europe, he composed his ‘Sextet in G Major for two violins, two violas and two violoncellos’ (1900) and his ‘First Symphony in D Major for full orchestra’ (1901).

In 1904, he won a major prize at Ghent Conservatory’s International Violin Competition, before returning to Mexico, where President Díaz presented him with an Amati violin “as a gift from the Mexican Nation” for his excellent performance abroad. Carrillo became a violinist, conductor, composer and teacher at the National Conservatory, but fled to the U.S. in 1914, after the downfall of Victoriano Huerta’s government.

In New York City, he organized and conducted the American Symphony Orchestra and gave a successful performance of his First Symphony. He also composed the music for David Griffith’s film, “Intolerance.” While in New York, Carrillo also wrote the “Thirteenth Sound Theory”, which became the focus of much of his later life, and which threatened to revolutionize classical music. Why was it called Sonido 13 (13th sound)? Well, simply because Carrillo had ‘discovered’ the first pitch outside the traditional 12 semitones to the octave.

Four years later, Carrillo returned to Mexico and was appointed Conductor (1918 – 1924) of the National Symphony Orchestra, which enjoyed great success at this time, and Principal (1920 – 1921) of the National Conservatory. After 1920, he began to popularize Sonido 13, as the next stage in the evolution of musical composition, involving the use of intervals smaller than half a tone. Some of his detractors said that it was not possible for the human ear to perceive such small intervals; others argued that Carrillo must have stolen the idea from European musicians.

The first major Sonido 13 concert was on February 15, 1925 and included compositions by Carrillo and several of his students using quarters, eighths – and sixteenths of a tone, performed on specially adapted instruments. In December, 1925, Carrillo took Sonido 13 to Havana, Cuba. The next year, he returned to New York City where the League of Composers commissioned him to write a microtonal work. His ‘Sonata casi fantasia in quarters, eighths – and sixteenths of a tone’ was performed for the first time in the New York Town Hall on March 13, 1926. Afterwards, Leopold Stokowski commissioned another work, the ‘Concertino in quarters, eighths – and sixteenths of a tone’, later performed by Stokowski and the Philadelphia Symphony Orchestra in New York and Philadelphia. In 1930, Carrillo organized the Thirteenth Sound Symphony Orchestra, in which all the musical instruments could play microtones. From 1930 to 1931, it was conducted by Carrillo and Leopold Stokowski.

During the latter part of his life, Carrillo continued to write widely about Sonido 13 as well as developing the appropriate instruments to play Sonido 13 music. In 1940, he applied for patents for a set of fifteen metamorphoser pianos, capable of producing, respectively, complete tones, thirds of a tone, quarters of a tone, fifths, sixths, sevenths, eighths, ninths, tenths, elevenths, twelfths, thirteenths, fourteenths, fifteenths, and sixteenths of a tone! Each piano had 96 keys, the same number as a regular piano, but the span in octaves of each piano depended on the fractions of a tone it was designed for. Hence, the piano for quarters of a tone covered four full octaves, while the piano for sixteenths of a tone covered only one octave! In 1949, the first metamorphoser piano (for thirds of a tone) was made and the following year Carrillo took it to the Paris Musical Conservatory. Also in 1950, in Pittsburgh, Leopold Stokowski conducted the first performance of ‘Horizons. Symphonic Poem for violin, cello and harp in quarter, eighths and sixteenths of a tone’. Further performances followed in Washington, Baltimore and Minneapolis. In 1958, a complete set of Carrillo’s 15 metamorphoser pianos won a Gold Medal in the Brussels’ World Fair.

Not surprisingly, Carrillo received numerous awards during his lifetime, including the Legion of Honor from France and the Great Cross of Merit from Germany. In Mexico, the government of his native state of San Luis Potosi declared July 13 (the anniversary of Carrillo’s 1895 experiment) a state holiday in honor of Sonido 13 and his birthplace, the small town of Ahualulco, was officially renamed Ahualulco del Sonido 13 in 1933. But perhaps the most surprising nomination he ever received was for the Nobel prize in physics. This came as a result of the experiments he made in New York University in 1947, when he proved that the conventionally accepted ‘node’s law’ had to be rectified, and that the frequency of the note produced by halving the length of a string is actually slightly more than twice the frequency of the base note. However, Carrillo didn’t actually win the Nobel prize; it was awarded to the Englishman Cecil Frank Powell for ‘his development of the photographic method of studying nuclear processes’.

To paraphrase an article published in the London Times, ‘Carrillo devoted his life to scrutinize an unsuspected microtonal world, undoing and rebuilding our chromatic musical scale. Even if we feel tempted to call him the disintegrator of the musical atom, this name does not do justice to the wonderful emotional world he has discovered. His is the greatest and the most surprising musical revolution since Terpander, the Greek musician, added two notes to the Chinese pentaphonic scale twenty six centuries ago’.

Carrillo died in Mexico City in September the 9th, 1965. His remains lie in the Rotonda de los Hombres Ilustres (the Rotunda of Illustrious Men and Women) in Dolores’ cemetery in Mexico City. Long may his music live on! ¡Viva Sonido 13!

This article is the basis for Chapter 25 in the author’s Mexican Kaleidoscope: myths, mysteries and mystique (Sombrero Books, 2016).

Author’s Note: This article relies heavily on the extensive website devoted to Carrillo including the detailed biography at https://paginas.tol.itesm.mx/campus/L00280370/julian.html  This site includes a list of Carrillo and microtonal resources, including downloadable microtonal music and details of Carrillo’s significance in the history of microtonal music.

For microtonal travel lovers, Ahualulco del Sonido 13 is located 39 kilometers northwest of the city of San Luis Potosí. Leaving that city, first follow federal highway 49 towards Zacatecas and then turn north on the road signed Charcas. 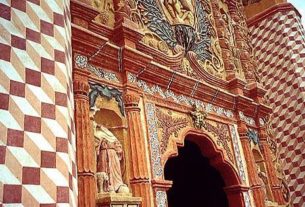 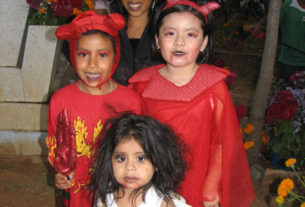