Weeks ago, the world was shocked by the news arriving from Acteal, Chiapas. More than forty persons, including women and children, were brutally shot to death while praying for peace for their land. The perpetrators of this massacre were gunmen organized and armed by groups that oppose the so called Ejército Zapatista de Liberación Nacional, EZLN.

This comes after close to 500 years of uninterrupted war waged by, on one side, white and mestizo inhabitants of Chiapas, against the descendants of one of the most advanced cultures in pre-Columbian America: the Maya.

A week ago we were shocked again by the news from Jonesboro, Arkansas. Eleven and thirteen year old boys, heavily armed, shot and wounded their own classmates and teachers, taking advantage of the surprise and confusion created by a fire alarm that went off during school hours. Five persons died, and several more were badly wounded.

This comes after similar episodes, just months before, in West Paducah, Kentucky, and Pearl, Mississippi. These are not the only reported mass attacks in the United States, but they seem to happen more frequently, with younger boys pulling the trigger nowadays.

We witness verbal violence and personal attacks everyday on Internet discussion forums. Mexico Connect’s General Forum is not free from these unfortunate events, as we Forum regulars know very well . We even have a very graphical verb to describe these activities, flaming, applied to a situation where somebody allows her or himself to attack, in an inconsiderate way, other people on a discussion group.

This comes after close to 2,400 years of Occidental culture, among persons supposedly educated to discuss in a civilized manner.

We Mexicans blame the Indians for not wanting to be integrated into our society. Mayans blame the rest of the world for not paying any attention to them. Psychologists, politicians and parents blame violence on television and availability of weapons for the killings in the United States. Forum members blame other participants for not being able to understand “their” truth.

But I think there is a common denominator, below the surface, shared by these unhappy behaviors: we seem not to understand what a person is.

Perhaps one of the main causes for today’s multiple struggles, in this confused world in which we live, is the fact that we have forgotten the concept of person.

Well, it is not an easy idea to understand. Ancient Greeks, who set forth almost every basic philosophical problem, who forwarded solutions for many of them, were not able to define the concept of person. Humanity had to wait for Jesus Christ to come to this world in order to develop a precise and clear idea of what a person is.

A fundamental consequence of the concept of person is that all persons deserve our respect. And how little attention we pay to this basic principle! We yell, insult, and step over our children-persons just because we are in a bad mood, or because the little one did not execute orders to meet our expectations exactly. We unjustly treat the weak because we are strong. We mistreat anyone who will allow us. We abort because the defenseless victim cannot raise his or her voice to ask for mercy. Dictatorships, war, murder, torture, enslaving, injustice, oppression!

And yes, we participate in ineffective discussion forums where the person is not respected.

I’d love to be able to forward solutions to the problems in Chiapas, to the oppression, the hunger, the merciless violence. I’d be very happy if I could understand and prevent the shooting and killing in public places in the United States and in the rest of the world. I fear all my ideas will end in, as we say down here, una revolución de café, a coffee revolution, meaning that, after I finish my dissertation (and the accompanying coffee cup), everything will be, as in Alice in Wonderland, as it was before.

I’ll aim for a far more modest goal: I’d like to advance a couple of ideas to help us enjoy better discussion forums for ourselves, Internet regulars. Perhaps we could apply these ideas first to our General Forum, then among our friends and families, and then (who knows?), to Chiapas, Mexico, the United States and the rest of the world. I know this is only a small grain. A grain does not fill the barn, but it helps the friend, as the old Spanish saying goes.

So let us begin.

There is something that sets apart, in a definite way, our Occidental civilization from others: the way we try to find the truth. Before Greece, the guru, the illuminated teacher, was bearer and transmitter of the ultimate truth. Magister dixit – teacher said so – was reason enough for everybody to believe and adopt the saying. Ancient Greeks developed a different school of thought, “No, I don’t care if the teacher said it; come here and let us discuss the matter.” Socrates invented a technique, mayeutics, to induce in his interlocutors the logic processes necessary to discover the truth. Instead of answering in a direct way, Socrates questioned and questioned until satisfactory conclusions, related to the theme in discussion, were reached. Plato’s Dialogs exemplify, in a marvelous way, the methods of his beloved teacher.

The idea that I would like to forward in this moment is that the real and valid purpose of discussion groups and forums is to find the truth. And in doing it, to reach consensus that permit the group to make decisions and solve problems.

Why then, with such a valuable, important goal that truth seeking is, and with so many resources at hand, do so many discussion groups fail? Why do so few forums transform themselves into agreeable, healthy, free-of-useless-agression spaces? Why so few effective groups? Two main reasons come to my mind:

With this in mind, it is easy to suggest what to do to attain success in a discussion forum:

And so, my fellow forumers, we don’t have to resign ourselves to participate in sterile and unpleasant discussion forums. It is within our power to bring our group to a place where values coexist with persons, in a respectful and civil environment, and where the basic goal of discussion is met: the encounter with the truth.

Charity begins at home. Let us begin by respecting ourselves, our friends and relatives, to later extend this idea of respecting the person to our towns and cities. And then to the world. 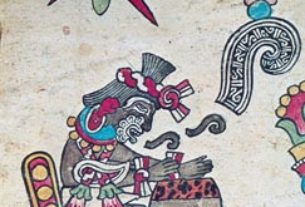 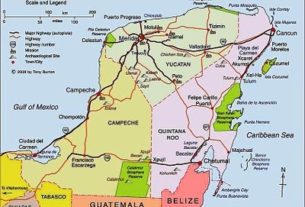 Link to Interactive Maps of the Yucatan Peninsula